They flip over stones to find prey 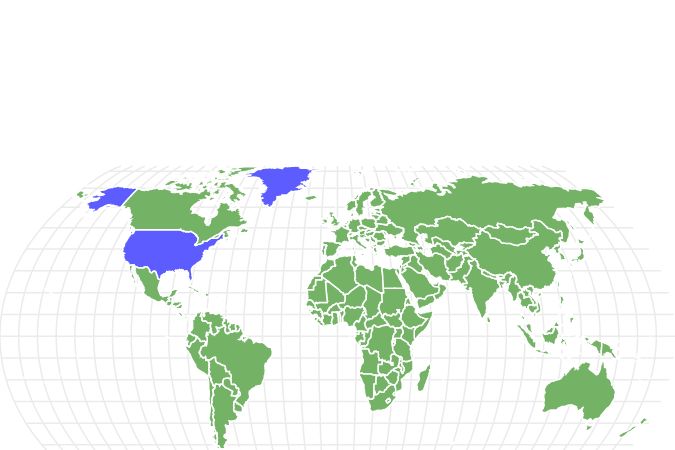 View all of our Ruddy Turnstone pictures in the gallery.

View all of the Ruddy Turnstone images!

Ruddy Turnstone birds have short, bright orange legs they use to run on sandy or rocky beaches. They live in a variety of climates, from tropical to polar. The range of this bird extends to coastal areas worldwide. They eat insects, crustaceans, fish, bird eggs, and seaweed.

• This bird can live as long as 19 years
• It is sometimes referred to as the calico cat of birds due to its multi-colored feathers
• It can fly non-stop for over 4,700 miles
• The wedge shape of its bill helps it to dig in mud for prey

Where to Find a Ruddy Turnstone

In terms of distribution, the Ruddy Turnstone spends the summer on the tundra in the Arctic in places like Greenland and Siberia. In preparation for the winter season, their migration takes them to the coastlines in the southern United States, Central America, South America, as well as to the western coasts of Europe and Africa. So, they move from a polar climate to a temperate or tropical one depending on the season.

Spring is the best season to see these birds. They gather on beaches and mudflats, searching for food under rocks and in the mud or sand. They are commonly seen on the southeastern coastline of the United States from Texas extending over to Florida. They flock to rocky coastlines with plenty of washed-up vegetation and natural debris they can look through to find food. These are busy shorebirds!

Ruddy Turnstones make a nest in a shallow depression in the ground. Sometimes the nest is lined with leaves, and there’s usually some low-growing vegetation nearby. Unfortunately, their nests are not well-hidden from threats. However, these birds have very aggressive behavior during the breeding season. They stand guard over their nest, and males are often seen chasing off intruders.

The Ruddy Turnstone is sometimes referred to as just a Turnstone. In Hawaii, this bird is called akekeke because of the sound it makes. Its scientific name is Arenaria interpres. The Latin word Arenaria loosely translates to inhabits the sand. These birds earned the name Turnstone because of their behavior of turning over stones to find crustaceans, worms, and other food.

It’s in the Scolopacidae family and the Aves class.

The other type of Turnstone:

It’s hard to overlook the mottled pattern of black, tan, white, and brown on the wings of this bird. It has black stripes on its head, a black breast, and white feathers on its underside. During the breeding season, this bird’s colors become more vibrant than they are in the non-breeding season.

Ruddy Turnstones have bright orange legs, a short, narrow beak, and dark eyes.
An adult Ruddy Turnstone is eight to nine inches long and can weigh from three to a little over five ounces. Its wingspan is 20 to 22 inches.

Its flight speed is this bird’s main defense against predators. It usually flies between 20 and 40mph but can reach a speed of 47mph. In addition, these birds gather in flocks on shorelines so if a predator approaches the birds take off at the same time allowing most of them to escape the threat.

The migration behavior of this bird takes it to a breeding ground in Greenland, Siberia, and elsewhere in the Arctic region in the summertime. With the approach of winter, these birds start their migration south to warmer temperatures.

Some groups of these birds travel to the southern coast of the United States or Central or South America. Other groups of them fly to the western coasts of Africa or Europe. A large group of Ruddy Turnstones flies to Hawaii for the winter. In late spring or early summer, their migration path takes them back to shorelines in the Arctic.

Ruddy Turnstones are omnivores. Researchers have noticed different types of behavior in these birds as they search beaches and shorelines for food. One behavior is called the hammer probe. This is when a Ruddy Turnstone breaks a mollusk’s shell with its beak and probes inside it in search of sustenance. Another behavior is simply known as digging. This is when they peck the sand looking for insects and other organisms beneath the ground. Of course, they are best known for their turning behavior. This is when they turn over, or flip stones to find food.

What does a Ruddy Turnstone eat?

Ruddy Turnstones are vulnerable to a few mammals that share their habitat throughout the world. Also, their eggs are often stolen from their nests.

Their predators include arctic and red foxes. These are mammals possess the speed to capture Ruddy Turnstones and other types of shorebirds.

American mink and rats are known to steal eggs out of the nests of Ruddy Turnstones.
According to the IUCN RedList, the conservation status of the Ruddy Turnstone is Least Concern, but they have a falling population. Scientists report that one of the main threats to this bird is the avian flu.

The breeding season of these birds starts in May. They form monogamous pairs and begin to create nests in shallow depressions in the ground. Oftentimes, this bird’s nest has a lining of leaves or other soft material.

Around the middle part of June, female Ruddy Turnstones lay from two to five eggs. Though the female and male share the task of guarding the eggs, the female is there more of the time. The eggs hatch in 22 to 24 days. While the female usually leaves at this point, the male stays to guard the chicks until they’re able to live independently at 19 to 21 days old. These birds reach sexual maturity at two years old.

The lifespan of a Ruddy Turnstone ranges from nine to 19 years old.

The population of this bird is 300,000 to 500,000 and is listed as Least Concern with decreasing numbers. Their population distribution extends across the globe.

There are two reasons for its decrease in population. For one, the eggs of this bird are routinely stolen by American minks and rats. This may be due to the accessibility of a nest built on the ground. Also, this bird is especially threatened by outbreaks of the avian flu.

There are some conservation actions underway for this bird including protected areas set up to increase successful breeding activity.

Does a Ruddy Turnstone migrate?

Yes. They go through migration in order to breed and move from colder areas to warmer ones.

How many eggs does a Ruddy Turnstone lay?

How fast does a Ruddy Turnstone fly?

The fastest flying record for this bird stands at 47mph.

What is a Ruddy Turnstone’s wingspan?

Where are Ruddy Turnstones found?

The population distribution of this bird extends throughout the world. Its migration for breeding takes it to the Arctic and it spends the winter on the coasts of Europe, North America, South America, Africa, and Australia.

Where do Ruddy Turnstones migrate from?

Their migratory range takes them from the Arctic region to coastlines throughout the world including Asia, Europe, Africa, and Australia as well as North and South America.

What eats a Ruddy Turnstone?

The red fox and the Arctic fox prey on these birds.

Why is it called a Ruddy Turnstone?

This bird earned its name from its foraging behavior of turning over stones to find crustaceans and other prey. 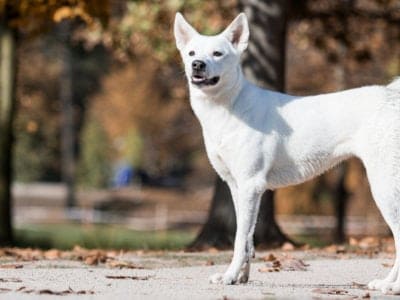