Click through all of our Arctic Fox images in the gallery. 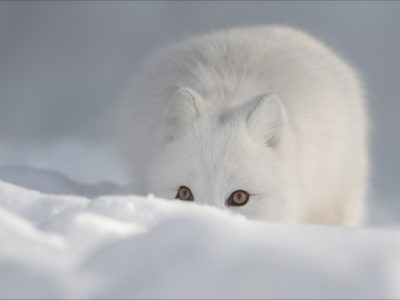 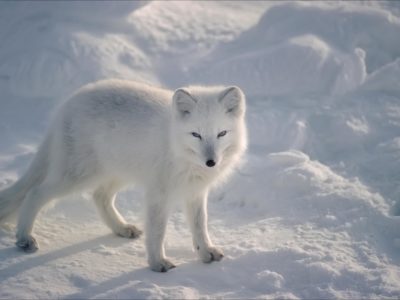 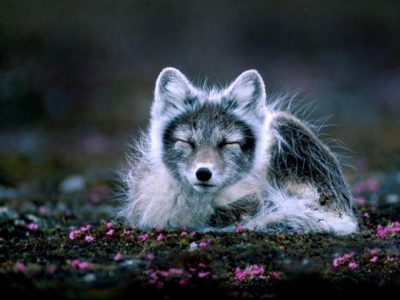 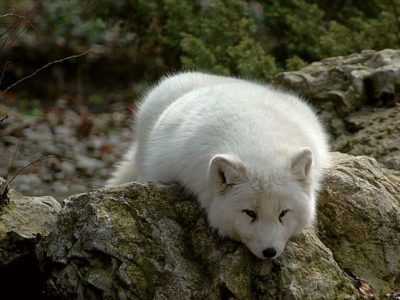 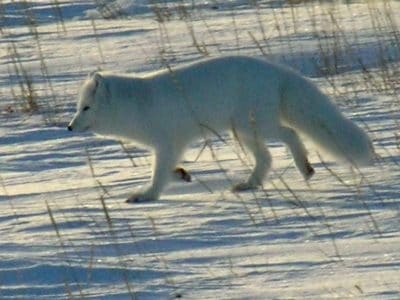 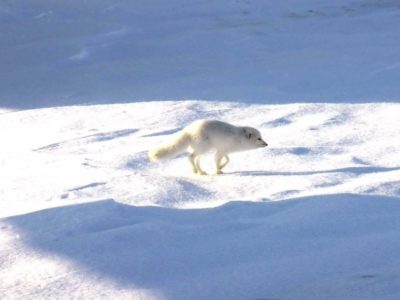 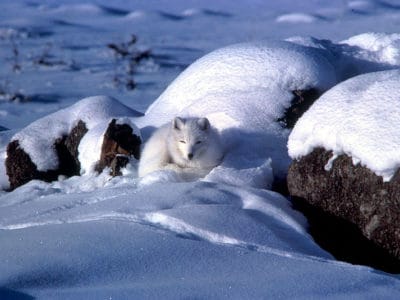 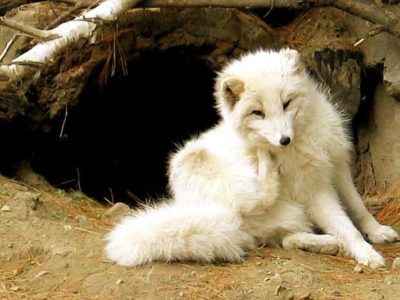 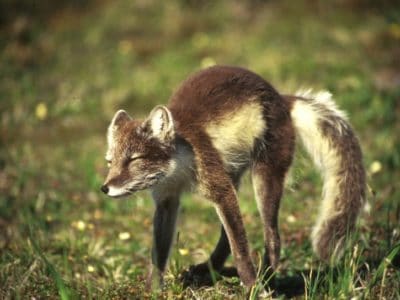 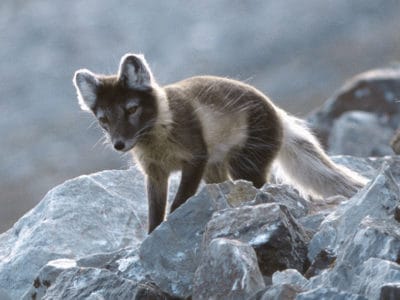 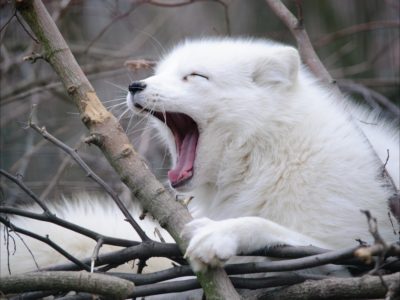 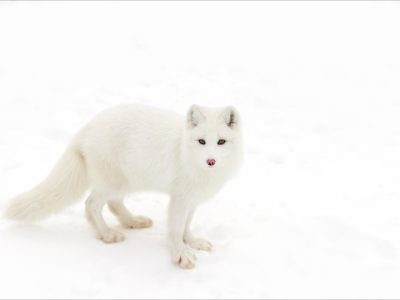 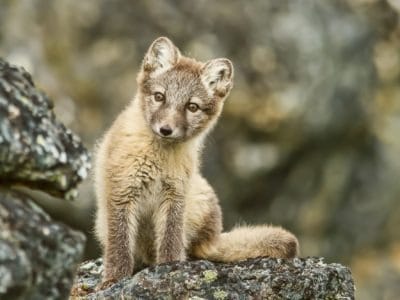 View all of the Arctic Fox images!

Arctic foxes (often misspelled as artic fox or artic foxes) are small, adorable animals and have natural adaptations protecting them from predators and frigid temperatures. According to fossils, Arctic foxes got their start in Tibet during the Pliocene Epoch, 2.6 million years ago, then spread to North America and Eurasia by migrating over ice-land bridges. The species is Iceland’s only native mammal, and while hundreds of thousands currently roam around the Arctic Circle, climate change threatens to decimate populations in the coming years.

In 1758, the father of taxonomy, Carl Linneaus, assigned the species two names: Alopex lagopus and Canis lagopus. Since then, scientists have gathered more genetic information and changed it to Vulpes lagopus.

Arctic foxes are also known as white foxes, polar foxes, and snow foxes. Adult males are called “dogs” and females “vixens.” A group of these foxes is known as either a “skulk” or “leash.”

The male foxes are slightly larger than females of the species. Large individuals are about the size of Jack Russell terriers; smaller ones are the size of chihuahuas.

Arctic foxes are animals that present in two color morphs: white and blue. Ninety-nine percent have the white color morph, meaning their fur is white in winter to blend in with the ice and brown in summer to camouflage with cliffs and rocks. The other one percent — mainly in coastal regions — has the blue morph, meaning they have rock blue-ice coloring in the winter and gray-blue in the summer. These color adaptations help them blend into the environment and evade predators.

Both male and female fox tails — aka “brushes” — measure about 12 inches (30 centimeters). More than just a balance aid, they also serve as blankets. It’s one of several adaptations that allow them to survive sub-zero winters. In addition to their long and warm tails, Arctic foxes also have fur-covered paws that work to keep their bodies toasty warm in the winter.

Thick ears, short muzzles, and multilayer pelage also help Arctic foxes survive freezing environments. Their fur is the warmest of any mammal, and their compact bodies optimally conserve heat. Better yet, they can separately control their paw and core temperatures — which makes for comfortable ice walks!

Ideally engineered to withstand harsh climates, they don’t start shivering until the mercury reaches -94 °F (-70 °C). Learn about the toughest animals in the world here.

Arctic foxes are animals that can be active round the clock. During the autumn and winter, they lead more solitary lives and reduce activity to preserve insular fat — but they don’t hibernate. In the spring and summer, these foxes convene to live as families, breed, and raise pups.

When not out hunting, foraging, or teaching pups survival tactics, arctic foxes hang out in gigantic, maze-like dens that typically face southward to best harness the sun’s heat. In warm weather, they sleep outside; during the harsh winters, they slumber inside.

Arctic fox dens are constructed for maximum predator evasion and pup protection. Some are so complex that they have more than 100 entrances! Appreciative of their ancestors’ burrowing efforts, the foxes preserve dens instead of building new complexes every year. In fact, some are hundreds of years old!

Where can you find Arctic foxes? The species populates the Northern Hemisphere’s Arctic Circle where summer temperatures range between 14 and 86 °F (-10 and 30 °C), and the winter thermometer hovers around -30° F (-34°C).

Communities are scattered throughout the treeless tundra regions of North America, Asia, Europe, Greenland, and Iceland, with most populations living in pack-ice areas. However, some Canadian Arctic foxes inhabit boreal forests filled with pines and spruces.

What do Arctic foxes eat? Their meals of choice are lemmings, voles, hares, and other small rodents. When their preferred meat is unavailable, Arctic foxes chow down on fish, snow geese eggs, ptarmigan, grouse, puffins, ringed seal pups, and reindeer. When things are truly scarce, they turn to berries and seaweed.

And yes, when faced with starvation, they eat their own feces!

During the summer and autumn, aided by their sharp smell and sight senses, they hunt prey. They can sniff out seal lairs from over a mile away and hear lemmings burrowing several inches below ground. On a good day, a family of foxes can down dozens of rodents. When lucky enough to have a surplus of food, the foxes bury it for a rainy day.

But life gets a lot tougher in the winter. Meat is much harder to find, and vegetation is dormant. To survive, these foxes stalk polar bears and dine on their scraps. But it’s a dangerous endeavor because polar bears prey on foxes!

What animals prey on Arctic foxes? The species’ main predators are polar bears, wolves, wolverines, brown bears, red foxes, and humans. They also must keep an eye out for fast golden eagles, bald eagles, and snowy owls that swoop down and snatch baby foxes.

But these days, natural predators aren’t their worst threat — climate change and offshore drilling are fast becoming the species’ main nemesis. Arctic temperatures are skyrocketing — which leads to reduced sea ice and rising sea levels. Add some destructive oil extraction off the coast, and it’s an ecological tinderbox on the brink of explosion.

Plus, even though the foxes are still plentiful in most regions, other animals are dying off and creating food shortages. Moreover, due to rapidly melting ice, their lighter coats are becoming a liability, not an advantage. To complete the perfect storm, increasingly, these foxes are losing ground to the larger red fox.

Native Arctic peoples still retain the right to hunt polar foxes for sustenance, but commercial hunting of the species is now off-limits.

When the snow melts and the sun comes out of hibernation, these foxes gather for the mating season between late February and May. In food-insecure populations, these foxes form monogamous pairs for the season. In communities where food is abundant, they’re more promiscuous and form complex social structures where multiple individuals look after each others’ newborns.

Typically, inland populations are more monogamous than coastal ones — the exception is Icelandic Arctic foxes. The subspecies exhibits strong familial ties, and offspring will often stick around their parents’ territories for a long time, even in times of famine when food can be found elsewhere.

Females gestate for about 52 days and give birth between April and July to litters ranging between five and 25, the most of all carnivore species.

Baby Arctic foxes are called “kits.” They’re born with dark fur and enjoy the care and attention of both parents. Kits nurse for about 45 days and begin to emerge from the den after three weeks. By week nine, the pups are usually ready to make it on their own. At nine months, they’re sexually mature and ready to start mating.

Arctic foxes don’t live long. Though fast, in the wild most become bear prey between three and six years old. But even in captivity, they usually only make it to ten or eleven.

Currently, several hundred thousand these foxes live in the wild, and the International Union for the Conservation of Nature categorizes the species under Least Concern on its Red List. But that doesn’t tell the whole story.

Climate change is rapidly damaging Arctic fox habitats, and if things don’t change over the next decade, the species could become a global warming casualty.

Already, the Scandinavian population is Endangered. Less than 200 individuals remain, and severe inbreeding further threatens its survival. Conservationists are in the process of introducing new individuals of breeding age into the area, but will their efforts work? It remains to be seen.

Below is a partial list of U.S. zoos with these foxes.

San Diego Zoo: Despite being in sunny California, the San Diego Zoo is home to two of these foxes named Isiq and Kaniq that live in the Polar Bear Plunge enclosure.

Stone Zoo: Stone Zoo, in Stoneham, Massachusetts, cares for two fast Arctic foxes that love to whiz around their enclosure.

Other stateside zoos with these foxes include:

View all 68 animals that start with A

Arctic foxes are omnivores, meaning they eat both meat and plants.

Are Arctic Foxes Dangerous to Humans?

Arctic foxes are small and fast — but not a massive threat to humans. However, always be cautious around wild animals and keep your distance if not trained to interact with them.

Arctix fox predators include polar bears, wolves, wolverines, brown bears, and red foxes. They also have to keep an eye out for eagles and snowy owls.

What Do Arctic Foxes Eat?

Where Does the Arctic Fox Live?

How Big Is an Arctic Fox?

How Many Arctic Foxes Are Left?

Hundreds of thousands of Arctic foxes currently roam the Earth. But due to climate change and reckless oil drilling, their numbers are declining. Populations in Norway, Sweden, and Finland are already Endangered.

What Kingdom do Arctic Foxes belong to?

What phylum do Arctic Foxes belong to?

What class do Arctic Foxes belong to?

What family do Arctic Foxes belong to?

What order do Arctic Foxes belong to?

What genus do Arctic Foxes belong to?

What type of covering do Arctic Foxes have?

Arctic Foxes are covered in Fur.

What are some distinguishing features of Arctic Foxes?

Arctic Foxes have thick fur that changes color with the seasons.

What is the average litter size for an Arctic Fox?

The average litter size for an Arctic Fox is 5.

What is an interesting fact about Arctic Foxes?

What is the scientific name for the Arctic Fox?

The scientific name for the Arctic Fox is Vulpes lagopus.

What is the lifespan of an Arctic Fox?

Arctic Foxes can live for 7 to 10 years.

What is a baby Arctic Fox called?

A baby Arctic Fox is called a kit.

How fast is an Arctic Fox?

An Arctic Fox can travel at speeds of up to 30 miles per hour. 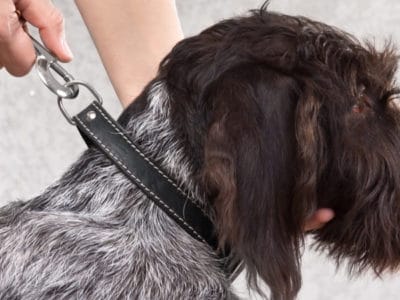 The Top 3 Picks for Best Bark Collar: Reviewed for 2021 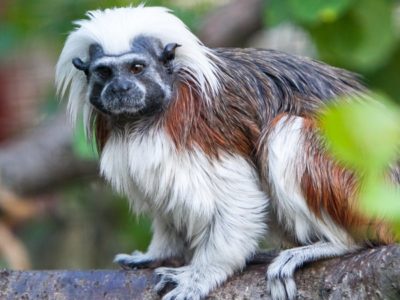 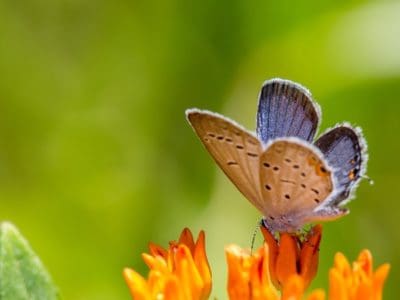 Top 10 Smallest Butterflies in the World 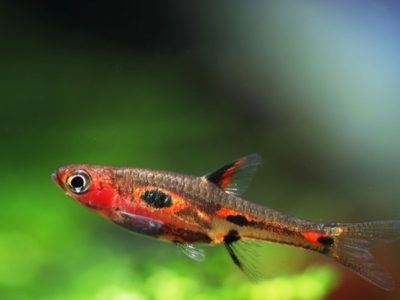 The Top 8 Smallest Fish in the World 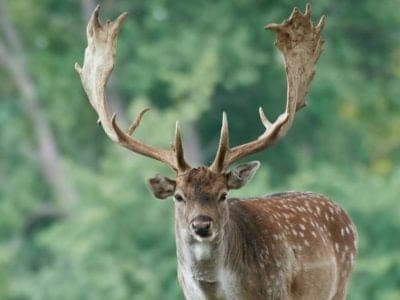 The fallow deer has more variation in its coat colors than most other deer. 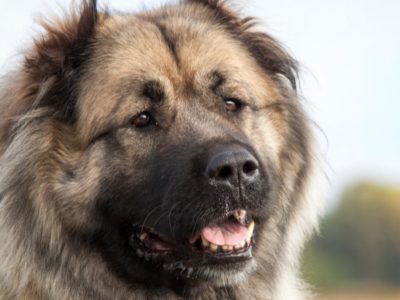 The bite of a Russian Bear Dog is stronger than a lion’s bite.