The Saluki is one of the fastest dog breeds in the world. 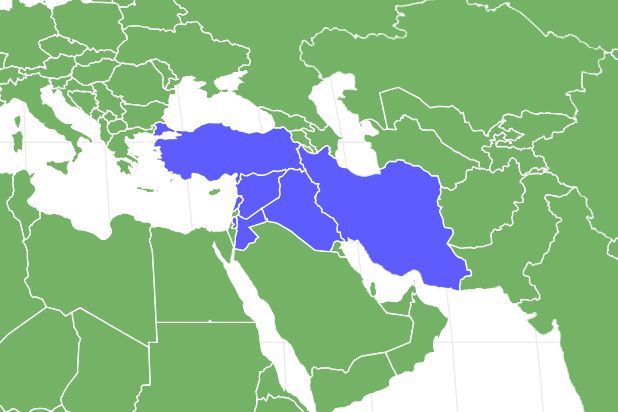 Name Of Young
Puppy
Fun Fact
The Saluki is one of the fastest dog breeds in the world.
Litter Size
4-8 puppies
Diet
Omnivore
Origin
Fertile Crescent

Saluki as a Pet:

View all of our Saluki pictures in the gallery.

View all of the Saluki images!

Among the oldest and most venerable of all dog breeds, the Saluki is a smart and masterly sighthound (meaning it hunts primarily through sight rather than scent) whose origins may date back to 7,000 BC. Many facts about its early history are obscured, but there is a lot we do know. Originally bred in the Fertile Crescent, this breed has appeared in Egyptian art, Persian poetry, and Arab texts. From the Silk Road trading routes it spread as far as China, and it was brought back to Europe by the returning crusaders in the 1100s AD. They were first brought to the United States in the early 1830s from a peacekeeping mission to the Ottoman Empire (now Turkey).

The Saluki probably obtained its modern form around 2,400 years ago. Today it is characterized by an athletic body, extraordinarily long and slender legs, a small waist, a tall neck, a curved tail, and a long and narrow head with big, drooping ears. There are generally two coat types: smooth and feathered. The latter type has light feathering on the back of the legs, the ears, and even sometimes the throat, but otherwise, both types have a short, fine coat. A wide range of colors is accepted, including black, chocolate, cream, fawn, red, silver, white, golden, black/silver, black/tan, chocolate/tan, and tri-color (black, tan, and white).

The Saluki shares a strong ancestry with the Greyhound; for instance, skeletons of both breeds appeared at the Tell Brak excavation site in Syria from around 4,000 years ago. They are very fast and athletic sighthounds with slender legs and deep chests. The main difference is that greyhounds tend to be larger. There are subtle differences in their temperament, but both breeds are gentle, good-natured, and playful companions.

3 pros and cons of owning a Saluki

The Saluki is a medium-sized dog with a very athletic build and excellent height. Males are quite a bit larger than females.

The Saluki is an active and healthy breed with a normal lifespan of around 10 to 17 years. While generally free of inheritable conditions, they can suffer from autoimmune disorders, blood problems, heart conditions, and certain cancers (like lymphoma and mammary cancer). Another potential problem that affects many deep-chested breeds is called bloating, or gastric torsion. This life-threatening condition can occur when the stomach becomes filled with gas, particularly after a meal, and starts to twist and contort in dangerous ways. Signs of bloating can include excessive salivating, abdominal bloating, retching or vomiting, anxiety, and problems breathing. Medical attention should be sought out immediately.

Health and Entertainment for your Saluki

There are a few things you can do to improve your dog’s quality of life. First, make sure your dog has received a thorough medical evaluation and has been certified by experts. Trusted breeders should have already done this evaluation before you even bring your dog home. Second, you should schedule regular appointments at the vet to catch potential issues early on. In summation, these are the most common health problems with a Saluki:

The Saluki has a very pleasant and warm personality. It is gentle, good-natured, playful, and very affectionate. Despite a common misconception, however, this breed is not hyperactive. While very energetic, it does have the ability to settle down and relax. Many people have even been able to keep them in apartments without too many problems. Nevertheless, this breed does tend to grow bored easily. If it does not have enough activities, games, and social interactions to occupy its time, then it can turn destructive very quickly. This behavior is not the sign of a poorly trained dog, just a very bored one.

How to Take Care of the Saluki

Depending on your expectations, the Saluki may not be too challenging to care for, but because of its enormous mental and physical needs, it does require an active and engaged owner, preferably someone with a good amount of prior ownership experience. Training will require a firm but nuanced touch.

The Saluki will probably need around 2 to 2.5 cups of high-quality dog food per day. The exact amount will depend on its size, age, and activity level. Because this breed tends to suffer from bloating, you should limit the amount of food given to it at one time. Divide up the meals into several portions per day.

The Saluki will probably require no more than weekly grooming with a simple brush, although feathered dogs may require extra attention around the ears and legs; some owners also use a snood to keep the hair out of the food bowl. Since the fur has a natural ability to keep clean and healthy without much intervention, bathing is only necessary when the dog becomes particularly dirty. Owners will also need to trim the nails regularly, perhaps once a month, to prevent them from cracking and splitting. Check the ears regularly for signs of infection or debris and then clean them as necessary. Finally, you might want to set up a teeth-cleaning routine with the approval of your vet.

As an intelligent, eager, and even-tempered breed, the Saluki shouldn’t be too difficult for owners to train. Setting clear and consistent boundaries early on is important. The dog should respect you and look up to you as a leader. However, because this breed can be a little independent-minded and sensitive, you will also need to exercise caution and restraint in your interactions. Do not raise your voice or react aggressively, no matter how tempting it might be to do so. Praise and food work best as encouragement.

As a highly athletic breed, the Saluki needs a substantial amount of exercise, probably at least an hour a day. Long walks, games, sports, and vigorous running should be done in some combination. It should excel most of all at speed and agility challenges. Since this dog does tend to run off or chase smaller animals, it should not be left off the leash unless it has a fenced yard to run around in. Even then, you should keep an eye on this dog, since it is a clever escape artist.

Early socialization and training are necessary with these puppies to prevent shyness and timidity as an adult. Classes, daycare, play dates, park visits, and other social opportunities will all work well to mold its behavior in a positive direction. Crate training can help a lot with housebreaking and behavioral issues. Once your dog is used to the crate, you can keep it safely confined whenever necessary (but don’t treat it like a prison).

The Saluki and Children

The Saluki is generally recommended for older children or at least children who were raised with them as puppies. They may be a little too energetic and sensitive for young children.

Dogs Similar to the Saluki

Saluki-like dogs have been popular pets for thousands of years. Its elevated status, buried next to important Egyptian or Sumerian owners, is a testament to these facts. Alexander the Great owned a dog called Peritas whose breed is shrouded in mystery but may have been something like a Greyhound or Saluki. More recently, this breed was adopted as the mascot of the University of Southern Illinois sports teams.

Popular Names for the Saluki

If you’re still searching for a good name, then you might want to consider one of the following:

What is a Saluki dog?

The Saluki is a medium-sized dog breed with a slender and athletic frame whose origins stretch back to around 7,000 BC. It is gentle, affectionate, playful, and even-tempered. It also has an excellent lifespan.

How fast can a Saluki run?

The fastest Saluki ever recorded could achieve speeds of up to 42 miles per hour. Most could probably run in the 35 miles per hour range.

How much does a Saluki cost?

The price of a new puppy will depend on several factors, including the quality of the breeder, the pedigree of the dog, and the availability of this breed in your area. From a trusted breeder, you can expect to pay anywhere between $1,000 and $2,500 for a normal dog with no special lineage. If the price is out of your range, then you might want to try adoption. The price of adoption is usually no more than a few hundred dollars. There are a few breed-specific organizations such as the Saluki Club of America that can put you in touch with breeders or rescue centers in your area. The AKC may also keep a thorough list of Saluki breeders.

Is Saluki a good family dog?

The Saluki is a good family dog, gentle and compassionate, but it might not get along quite as well with younger children as older children.

Is the Saluki the fastest dog?

Not quite. With speeds up to 45 miles per hour, the Greyhound is considered to be the fastest dog over short distances. The Saluki is probably the second fastest measured in raw speed. However, one of the more interesting facts is that the Saluki might be stronger than the Greyhound over long distances. The padded feet help it absorb the impact from the ground.