Newly hatched sauropods weighted less than 11 pounds and put on 2 tons of weight a year! 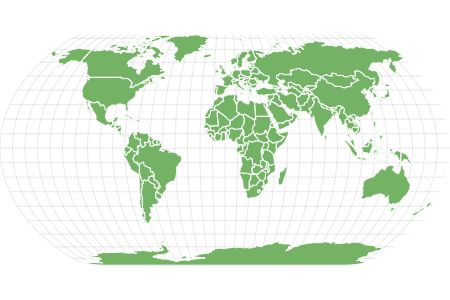 Lifespan
Depending on the species, sauropods may have reached sexual maturity after about 20 years and continued to grow until they were about 30.
Weight
65 tons
Length
More than 85 feet from head to tail

View all of our Sauropoda pictures in the gallery.

View all of the Sauropoda images!

Sauropoda was a massive, long-necked dinosaur that holds the distinction of being the largest land animal to ever walk the planet.

This group includes some of the most popular and well-known genera of dinosaurs, including Brachiosaurus, Diplodocus, Camarasaurus, Apatosaurus, and Brontosaurus. They are united together by their similar body shapes and herbivorous diet. Covering some 140 million years of history on the planet, the sauropods were some of the most successful, widespread, diverse, and interesting vertebrates to ever evolve.

The sauropod is characterized first and foremost by a massive body with four strong legs, club-like feet, an exceptionally long neck, a whip-like tail, and a relatively small head in comparison to its total size. Some species had spiny protrusions, frills, and loose flaps of skin on the neck and head as well. Other species had light armor or clubs on their tails. The evidence suggests they had relatively small brains relative to their body size, but they were still capable of interesting and complex behavior. The scientific name of Sauropoda comes from the combination of the Greek words sauros, meaning lizard, and poda, meaning foot.

The largest members of this group reached more than 85 feet from head to tail and weighed up to 65 tons. They easily dwarfed the elephant and reached nearly as large as blue whales. Even the smallest species may have been as large as 10 feet long and weighed up to a ton, about the size of a buffalo. The size of the body presented unusual anatomical challenges that had to be overcome, but it had several adaptations to support its immense size. The backbone and vertebra were likely filled with enormous air sacs to lighten the load and increase airflow through the neck. A hip girdle was connected to the backbone to provide additional support for the neck and tail. They were unlikely to be warm-blooded animals because their bodies would have generated enormous amounts of heat. One leading theory is that they could maintain a consistent body temperature because they warmed slowly in the daytime and cooled just as slowly at night. Heat may have also been dissipated through the long neck before the blood reached the brain.

Here is a quick summation of the physical characteristics of the sauropod:

When sauropods were first studied in the 19th century, sauropods were originally thought to be semi-aquatic animals and perhaps even ancient whales that wallowed in shallow water. As the scientists at the time assumed, their bodies may have been too large to support their weight on land. This theory was cast into serious doubt starting in the 1950s as their anatomy was studied in more detail. Today they are considered to be largely terrestrial dinosaurs that probably did not spend much time in the water.

Despite the challenges of evolving a massive body, their size obviously gave them an enormous advantage. They were among the few animals that could reach the top of the trees to feed on the leaves. There is even strong evidence to suggest that some sauropods may have reared up on their hind legs by using their massive tails to balance on the ground. This may have helped them reach the most inaccessible parts of a tree.

Many species of sauropods likely spent much of their lives moving around in a herd. The exact nature of this herd probably varied by species; some were known to be segregated by age (meaning juveniles and adults lived separately), whereas others were mixed age. Scientists can determine the general social composition of a species by examining the number of fossils found at a single site together.

The sauropods’ reproductive behavior mostly remains a mystery, but once a pair mated, the eggs may have taken anywhere between two and three months to hatch. Surprisingly, these eggs were thought to be very small, perhaps no larger than an adult goose. Upon hatching, the newborn weighed less than 11 pounds total. They grew to be about 10,000 times heavier than their initial weight; this growth is equivalent to about 2 tons per year. Parents were thought to invest some level of care at the start of their lives. Depending on the species, sauropods may have reached sexual maturity after about 20 years and continued to grow until they were about 30.

The Auca Mahuevo site in Argentina is one of the best-preserved dinosaur nesting sites in the world. Some 80 million years ago, hundreds of titanosaur females migrated to this site, dug out a shallow nest, and laid anywhere between 15 and 40 eggs at a time. The juveniles had a low chance of surviving, but they made up for it with the sheer number of eggs produced. The eggs had tiny pores in them that enabled the young dinosaurs to breathe effectively.

Diet – What Did Sauropod Eat?

Regardless of which species you’re talking about, the sauropod was without exception an herbivore that fed on plant material. Some of the largest species may have consumed hundreds of pounds of food every day. The immense neck allowed it to reach the leaves of a tree like a modern-day giraffe; there is evidence that different species of sauropods may have evolved to feed on different layers of the tree to avoid competing directly with each other for resources. Their spoon-shaped or peg-like teeth were useful for chewing up the vast quantities of plant material they required to survive. The body was a gigantic bacteria-filled gut that enabled them to break down plant matter. They also apparently swallowed stones to grind up food in their stomach like modern-day birds.

Habitat – When and Where Sauropoda Lived

The very first sauropods probably evolved from the earliest types of dinosaurs in the late Triassic or early Jurassic period more than 200 million years ago. They began to flourish and diversify in the late Jurassic period some 164 million to 145 million years ago. At this point, the supercontinent Pangaea had begun to split apart into separate landmasses. Fossilized remains have been found on every continent, including Antarctica. The number of footprints found near coastlines and floodplains suggests it may have preferred wet habitats in tropical climates where there would have been plenty of vegetation to feed on.

Due to their immense size, the sauropods had few consistent predators. There is some evidence that the mighty Allosaurus may have hunted and killed smaller sauropods some 150 million years ago, and by around 65 million years ago, the titanosaurs may have evolved light armor plating, which suggests they were under some pressure from carnivores. But for the most part, very few predators would even have the capabilities to hunt a fully grown member of this group. Some types of sauropods such as the Diplodocus may have used their tails as whips to deter or stun predators. They were capable of generating enormous force and sound.

Discoveries and Fossils – Where Sauropoda Was Found

Sauropods were some of the first prehistoric fossils to be found in large numbers. Many of the early fossils described and studied by experts came from England. By the 1860s and 1870s, as the field of paleontology began to really develop, scientists recognized these fossils as dinosaurs. After the discovery of a fairly complete skeleton in Colorado, the American paleontologist Othniel Charles Marsh coined the term sauropod for the first time in 1878 to describe the Diplodocus. A more complete picture of this group soon began to emerge following numerous findings of fossils and footprints. Marsh would find and describe the Brontosaurus only a year later in 1879. The Brachiosaurus was first described in 1903 by Elmer S. Riggs. This early period of paleontology is often called the Bone Wars due to the intense and competitive nature of fossil hunting. However, because the skeleton of the sauropod is so loosely connected, these dinosaurs are often fossilized in many different pieces. It is common to find a body without a head and vice versa. This can sometimes make it difficult to obtain a complete picture from a single fossil.

Extinction – When Did Sauropods Die Out?

As a group, the sauropods finally went extinct in the Cretaceous Period some 66 million years ago with the massive extinction event that wiped out some 75 percent of all life on the planet. However, there is some evidence that the fortunes of the sauropods had already begun to fade millions of years before then. The titanosaur was among the last surviving sauropods on the planet. The massive asteroid extinction event would have wiped out nearly all the remaining sauropods left alive.

Similar Animals to the Sauropod

Sauropods are some of the most unique dinosaurs in the history of life on the planet, so it can be difficult to find similar animals that look like them. The following dinosaurs are probably the closest:

When did the sauropod live?

How big was the sauropod?

The sauropod was the largest land animal to ever live. The largest species ever confirmed at least 85 feet long and weighed some 65 tons. However, paleontologists have uncovered individual bones from species that may have been even larger, perhaps even exceeding 100 feet from head to tail.

Did the Tyrannosaurus rex live alongside the sauropods?

The Tyrannosaurus rex did live at the same time as some species of sauropods. In fact, there is some evidence that this mighty carnivore may have fed on a species known as the Alamosaurus, one of the few sauropods to occupy North America at the time. The evidence is based on a tooth found in close proximity to the carcass of the long-necked species. 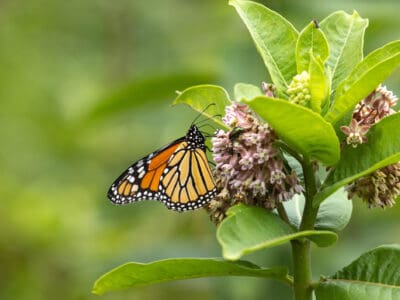