The yeti crab has hairy arms, which collect bacteria to feed on 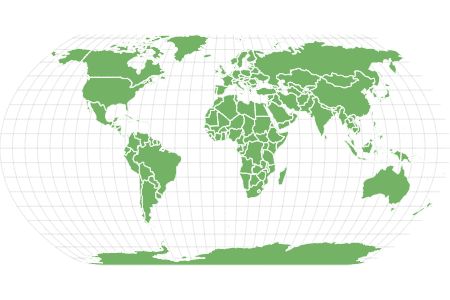 View all of our Yeti Crab pictures in the gallery.

View all of the Yeti Crab images!

The yeti crab is a family of deep-sea decapods crustaceans (essentially, lobsters and crabs) with hairy arms and a white shell.

The very first species (Kiwa hirsuta) was only discovered in 2005 on a hydrothermal vent near Easter Island. Despite its reduced eyes and blindsight, the yeti crab nevertheless has several unique adaptations to survive the harsh biome of the cold and desolate deep seafloor. Because it can only be reached by deep-sea submarine, however, there is still a lot we don’t understand about it.

The scientific name for the family of yeti crabs is Kiwa. It is named after the goddess of shellfish in Polynesian mythology. The yeti is not considered to be a member of the “true crabs,” but rather a closely related group called the squat lobsters, which includes the hermit crabs. More widely, they belong to the decapod order.

There are currently five recognized species of yeti crabs.

The yeti crab is characterized by a generally crab-like shape (the hard shell, the long appendages, and big claws), but it also looks very much like the mythical snowman for which it was named. The defining features are the compact, all-white body, measuring about 6 inches long, and the long bristly claws that enable them to harvest bacteria. As mentioned previously, some have hairy chests in addition to or in place of the hairy claws. Because of its highly reduced eyes, it is thought to be completely or mostly blind.

The yeti crab is largely endemic to the cold habitats of the southern Pacific Ocean region, adjoining the waters of the Antarctic. The hydrothermal vents near which they live are essentially cracks in the deep-sea floor where mineral-rich scalding hot water escapes from the surface of the earth. While they are highly adapted for this habitat, survival here requires a very careful balance. If they stray too far from the vents, then they can freeze to death in the frigid sea. But if they wander too close, then they can overheat and die.

The best-known yeti crab, Kiwa hirsuta, is presumed to be quite common near hydrothermal vents of the southern Pacific, but because there isn’t enough data available about them, the IUCN Red List has never assessed the conservation status for any of the five known species.

Life near the hydrothermal vent is different from almost anywhere else on the planet. Organisms cannot rely on sunlight to capture energy, so they convert energy directly from the chemical flowing from the vents. The yeti crab’s role in this complex ecosystem is not yet fully understood, but we do know that it feeds on the bacteria flowing from the surface.

What eats the yeti crab?

The yeti crab does not seem to have many predators in its natural environment; it’s thought that some deep-sea octopuses and fish may find them quite edible.

What does the yeti crab eat?

The entire diet of these crabs revolves around bacteria. By waving their hairy claws through the plumes of oxygen, methane, and hydrogen sulfide emanating from the vents, they essentially harvest the bacteria to feed upon. To the human eye, this strange movement looks kind of like a rhythmic dance.

The reproductive behavior and the lifespan of these crabs still remain a complete mystery. It’s believed that the hydrothermal vents are too warm for the larvae to develop, so the female probably lays eggs in the colder waters. Very few other facts are known.

Yeti Crab in Fishing and Cooking

Because of its remote environment, these crabs are not used in cooking or fishing. Since no one has tried to taste it, we don’t know how edible it is.

View all 10 animals that start with Y

What is the yeti crab?

The yeti crab is a blind deep-sea crab with reduced eyes and long bristles on its body. It lives near hydrothermal vents.

Can you eat yeti crab?

It isn’t known whether the yeti crab is very edible. Interest in it so far has been purely scientific and not culinary, so no one has ever tried to taste it. Presumably, it would taste like other crabs.

Is the yeti crab extinct?

Yeti crabs are actually thought to be fairly common wherever hydrothermal vents exist in the southern Pacific. While there isn’t yet enough data to determine the conservation status of these species, none of the five known types of yeti crabs are yet extinct.

Why does the yeti crab have fur?

The hairy claws have evolved to collect and harvest the crab’s main food, bacteria, flowing from the hydrothermal vents.

Where do yeti crabs live?

Most yeti crabs live around deep hydrothermal vents in the southern Pacific biome.

Yeti crabs pose no known danger to people. Because of their remote and extreme habitats, they will never be seen by people except in a deep-sea submarine.

What do yeti crabs eat?