There are not many things cuter than a tiny baby bird. Birds are astounding creatures with many traits and behaviors that you might not know. Did you know that some bird babies wear diapers?

#1: A Young Baby Bird is Called a Chick!

A baby bird is called a chick. A group of them is a clutch or a brood. Sometimes, people say hatchlings since they come from eggs! Birds are the only animals on Earth named chicks!

#2: Baby Pigeons are a Rare Sight

Did you know that it is extremely rare to see a baby pigeon in the wild? In fact, misinformation is often spread that baby pigeons aren’t real since they’re so rarely seen. However, there’s a rational explanation for their elusiveness.

The truth is, when pigeons are baby birds, they spend 100% of their time in their nests. Before cities, roads, and buildings were built, pigeons used to create their nests on cliffs and in caves to stay protected. These days, skyscrapers and other manmade construction provide plenty of places for nests to be built. However, these are often out of sight for humans, which is why babies are so rarely seen.

By the time baby pigeons are ready to leave their nest, they’re around four to six weeks old. While the baby birds are still young, they are almost adult size around this age, so the average person isn’t able to tell the animal is still a baby. The easiest way to distinguish a baby pigeon from an adult one is by the feathers on their heads – babies have a few downy feathers remaining.

This is when the male cuckoo comes in and distracts the nest owner while the mother cuckoo slyly slips her eggs into the nest. However, it doesn’t take long for the host mother to return to her nest. That’s why it’s a good thing that cuckoo birds are one of the fastest egg layers on Earth, with the ability to lay an egg in ten seconds or less!

A cuckoo’s unconventional child-rearing doesn’t stop there. When the baby cuckoo bird is born, they do whatever it takes to ensure their survival. Since the tiny cuckoos often have a shorter gestation time than other eggs, they hatch first. If they don’t use this headstart to push other eggs out of the nest, they’ll sometimes trample other babies with their large feet.

Even though baby cuckoo birds never see their parents and are raised by birds of completely different species, they still act like cuckoo birds. They have pre-programmed brains so that they inherently understand mating patterns, migration, and behavior inherently. Studies even show that baby cuckoos can distinguish adult cuckoo noises from other birds despite not being raised by one.

If you’ve ever spent any time with a human infant, you probably already know they poop. Frequently. When it comes to chicks, the same is true. However, you don’t often see piles of bird poop when you peer into a nest. So where does it all go?

The babies of many species of birds poop into a fecal sac each time they have a bowel movement. This fecal sac is a mucousy encasement that encloses poop inside, which makes it easy to eliminate. When a bird chick poops, parents have two choices: drop it elsewhere or eat it.

Although it might sound disgusting to humans to eat a baby’s poop, it’s normal and nutritious for birds. Chicks have underdeveloped stomachs that can’t completely break down the food they eat. This means that many of the food remnants in their poop still have nutritional value. So, when the parents consume the poop, they absorb the remaining nutrition. Scientists also think that consuming poop is a defense mechanism since disposing of it near the nest might attract predators.

#5: You Can Totally Touch Bird Chicks

Chances are, you’ve probably heard once or twice to never touch a baby bird. If the mother smells you on her baby, she will reject it, right? That’s not true, and there are several reasons why.

The first thing that negates this theory is that birds are not great smellers. They rely mostly on their keen sense of eyesight and hearing to navigate the world. Their nose, on the other hand, is not very sharp. They would not easily be able to smell a human.

Secondly, mother birds rarely abandon their young. They’re typically extremely protective and territorial over their babies. It’s just not in their nature to abandon them.

How much does a baby bird weigh?

A baby bird’s weight depends mostly on its breed. On average, they can weigh anywhere from half an ounce to around six ounces at birth.

What do baby birds eat?

Baby birds eat regurgitated food from their mother before they’re able to hunt for themselves.

What are baby birds called?

Baby birds are called chicks. A group of baby birds is called a clutch or brood. Birds are the only animals on Earth called chicks as babies. 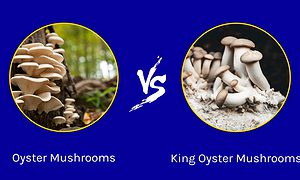