Vaclav Sebek/Shutterstock.com
Share this post on:
More Great Content:
The 10 Best Lizards to Keep As…
Types of Lizards: The 15 Lizard Species…
The 10 Largest Lizards in the World
Are Komodo Dragons Poisonous or Dangerous?
9 Incredible Lizards That Look Like Dragons
Lizard Poop: What Does It Look Like?

Arizona’s hot, arid climate makes it the perfect environment for a stunning range of reptiles! Its lizard population is especially rich and diverse, with around 50 unique species calling the Copper State their home. Here, we’ll cover 10 of the most amazing lizards in Arizona, from what they look like to their unique diets, preferred habitats, and behaviors.

Read on to learn what makes these particular lizards special and why they’re some of Arizona’s most fascinating animals!

First on our list of lizards in Arizona is the Gila monster – one of the most visually distinct and striking in this selection. Its alternating black and bright orange bands, hefty build, bead-like scales, and large, broad head certainly make it easy to identify. At around 2 feet in length when fully grown, it’s also a substantial reptile.

This lizard has a fearsome reputation for its uniquely (mildly) venomous nature, but despite this, it isn’t much of a threat to humans. In fact, it’s the United States’ only native venomous lizard! Thankfully, the typical Gila monster is extremely slow-moving, reclusive, and more likely to flee than bite.

Interestingly, the Gila monster is named for Arizona and New Mexico’s Gila River Basin. While its numbers have diminished over the years, it still maintains a sizeable population throughout the dry, desert-like region.

The common chuckwalla is another fairly large, easily recognizable lizard occupying much of the American Southwest. Its brownish-grey body is wide and flat with strong, muscular legs, which are perfect for digging about in the surrounding dirt and scrubland. Juveniles often have lighter-colored bands across their bodies and tails, but these tend to fade with age.

The average adult chuckwalla is around 18 to 20 inches long and a sizeable 1.5 to 2 pounds! Despite their somewhat fierce appearance, they are mostly herbivorous! While they do occasionally eat insects, chuckwallas primarily feed on plant matter like leaves, fruit, grasses, and flowers.

Arizona’s hot, dry climate is actually perfectly suited to the chuckwalla. In fact, these bulky lizards are known to be active at temperatures as high as 102F!

These little long-tailed lizards sadly now have a fairly limited range in Arizona, and they were classified by the IUCN as near-threatened back in 2013.

If you’re lucky enough to spot one, though, you’ll definitely be able to identify it with ease! They’re quite recognizable reptiles thanks to their remarkably long, blue-tipped tails, narrow, pointed snouts, and alternating brown and yellow stripes extending vertically down their bodies. They’re only a few inches long on average and true to their name, much of their body length is composed of their thin, whip-like tails.

Where are you likely to encounter this lizard in Arizona? In hot, dry scrubland – just like most lizards on this list. It is fast-moving and extremely skittish, preferring to flee and hide amongst dense shrubs when startled.

Also known as the eastern collared lizard, the yellow-headed collared lizard, or simply the collared lizard, has an impressive geographic range stretching across the American Midwest all the way to the west coast. This species’ common name comes from the two black stripes across its neck, which resemble a collar or a necklace!

This species is highly sexually dimorphic, with males being far more vibrant in color than females. Male collared lizards are larger than females and typically bright green and yellow in color, while females are more mottled brown and grey. Both sexes, however, possess the species’ trademark black “collar” stripes.

There are five subspecies of the common collared lizard, all of which are similar in size and appearance. They typically grow to be around 8 to 15 inches in length from snout to tail tip.

True to its name, the regal horned lizard looks as if it’s wearing an ornate crown of spikes atop its head. Like many other horned lizard species, the regal variety also has the bizarre ability to squirt blood from its eyes as a defense mechanism.

At only around 4 inches long, this particular lizard is short, squat, and round in appearance. It’s fairly slow-moving due to its pudgy, awkward body shape, so it relies more on camouflage than speed to evade its predators. It is typically brown or tan in color with mottled dark brown and red splotches.

Thanks to its coloration and small size, it is able to easily hide amongst the dirt, sand, and shrubs in its dry, somewhat mountainous habitat. Its diet is almost entirely composed of harvester ants and other small insects and invertebrates.

Like most typical skinks, the Great Plains skink has a long, slender body, a short narrow snout, and small, somewhat weak limbs. It is native to much of the American Midwest and Southwest, with its geographic range stretching from Arkansas all the way to western Arizona.

As one of the largest lizards in its genus, this skink typically grows to around 12 to 14 inches long from snout to tail tip. Its scalation has a rather mesmerizing pattern, with its light, yellowish scales being tipped with a dark brown color.

As its name suggests, the Great Plains skink primarily lives in flat, open plains, as well as around the flat base of the Rocky Mountains.

At first glance, you might mistake the western banded gecko as someone’s lost leopard gecko pet! This resemblance is due to the two species’ close relation, as they are both in the same family, Eublepharidae. Like most Eublepharid lizards, this little gecko has movable eyelids to help keep sand and dirt out of its eyes in its desert-like habitat.

These small, slender lizards are around 4 to 6 inches long when fully grown. They are mostly tan or pale yellow with dark brown horizontal bands and spots stretching from the tops of their heads all the way down to the tips of their tails.

Rather than the typical wide, sticky pads most geckos have on their feet, the western banded gecko has tiny claws. These claws are far better suited to its fairly dry, rocky habitat. Nocturnal and reclusive in nature, these handsome geckos only come out at night to feed on small insects and invertebrates.

The desert iguana is perfectly suited for southwest Arizona’s harsh, arid climate. It is especially common throughout the Sonoran and Mojave deserts. Extremely hardy in nature, it remains active even in temperatures exceeding 100F. It often digs impressive burrows in the sand and dirt to cool itself off at night and hide from predators.

These fairly large lizards typically grow to be around 10 to 16 inches long from snout to tail tip. Though they are mostly light beige to tan in color, their bodies are covered with small, irregular brown spots. These spots gradually become horizontal bands across the lizard’s tail. Its snout is remarkably short and stubby.

This unique iguana’s diet is primarily herbivorous and is mostly made up of various flowers and leaves. However, it will also sometimes feed on small insects like ants and beetles.

These long, slender lizards have a native range stretching from southern Mexico all the way up to southeast Arizona. There are three known subspecies, all of which are fairly similar in size and appearance.

The average Madrean alligator lizard measures around 5 to 7 inches long when fully grown. Its thin body is light brown in color, with darker brown horizontal stripes stretching from the base of the neck all the way down to the tail. Its head is long with a narrow, pointed snout, and its limbs are small and fragile.

As a diurnal species, the Madrean alligator lizard is active during the day. It hunts and feeds primarily on small insects and invertebrates. At night, it camouflages itself well amongst the surrounding leaf litter, shrubs, and rocks.

We cap off this list of Arizona’s most incredible lizards with the common sagebrush lizard. Its native geographic range is quite impressive, stretching across much of the western United States. It is also a fairly hardy, strong climber and is able to adapt well to varying elevations ranging from valleys as low as 500 feet to mountain ranges exceeding 10,500 feet.

These small lizards are around 4 to 6 inches long from snout to tail tip. Their long, thin tails make up around half of their total body length. They are primarily light brown in color with both darker and lighter brown markings stretching from the base of the neck all the way down to the tail. Their eyes are somewhat large, and their snouts are short and blunt. The lizards’ long, thin claws on the tip of each toe allow them to easily climb and traverse their rocky, mountainous habitat.

If you’re lucky enough to spot one of these little lizards, you won’t be able to keep your eyes on them for very long! They’re extremely skittish and fast-moving in nature and won’t hesitate to flee if startled. 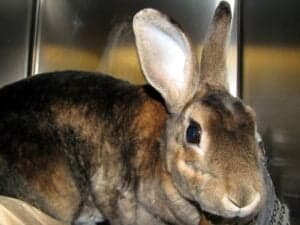 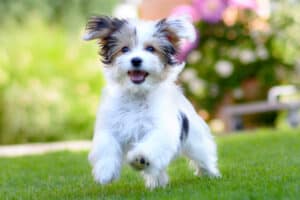