Unlike other lizards, these give livebirth to their young 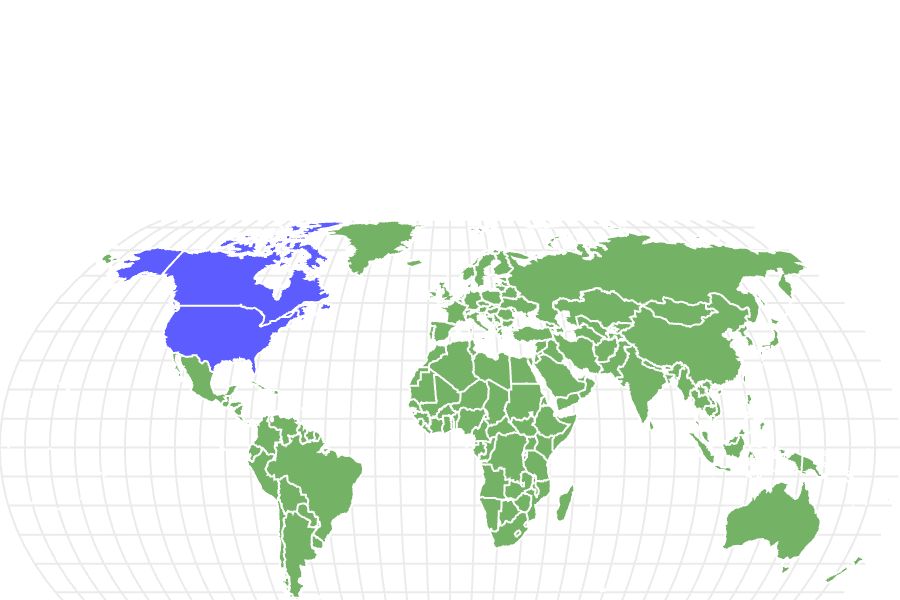 View all of our Northern Alligator Lizard pictures in the gallery.

View all of the Northern Alligator Lizard images!

“The tail of the Northern Alligator Lizard can break off, then grow back again”

The scientific name of the northern alligator lizard is Elgaria coerulea. The Latin word Elgaria refers to alligator and the word coerulea refers to the dark colors of its scales. They belong to the Anguidae family and the class Reptilia.

A translucent veiled chameleon is a similar reptile that can grow to be ten inches or longer as an adult.

The smooth-headed alligator lizard is the biggest of this type. This lizard’s body can measure up to 8 inches.

This small reptile has a long predator list. Though it is not poisonous or otherwise dangerous, it does have some ways to protect itself. For one, its brown and black scales help it to blend into its forest or rocky habitat.

In addition, if this lizard is attacked by a predator, its tail can break off allowing the lizard the opportunity to escape. One of the strangest facts about this little reptile is it can regrow its tail. Though it may not be as long as its original tail, it will work just as well.

These lizards are solitary except during breeding season. They are shy animals that would rather stay out of sight. When they see a predator, they either hide or run away.

These lizards live in the United States and Canada. Specifically, they are found in Oregon, Montana, California, Washington state, and British Columbia. Their habitat includes rocky areas of forests. They are sometimes found living in urban areas in the cracks of buildings or other structures. These reptiles thrive in a temperate, semi-moist climate.

Though these reptiles spend a lot of time on the ground looking for insects and other prey, they can also climb trees. One of the most interesting facts about this creature is its tail helps it to balance and hang onto twigs and small branches as it climbs.

These reptiles are carnivores. The size and type of prey they eat depend on what is most plentiful in their habitat. They look for food in the trees and on the ground during the daytime.

Hawks, owls, weasels, and snakes are all predators of these lizards. A domestic cat in the area may also be a predator to this tiny reptile. All of these predators can climb trees making it harder for this lizard to escape.

What does a northern alligator lizard eat?

This reptile has a diet of crickets, beetles, mealworms, and other insects that are not poisonous. They also eat larger prey such as baby mice. Someone who keeps a northern alligator lizard as a pet may purchase frozen insects to feed it.

The conservation status of this reptile is Least Concern with a stable population.

Though the main threat against the northern alligator lizard is habitat loss, this animal is known for adapting to its circumstances. While it usually lives in say a Washington State or Montana forest habitat, it can also live in the cracks of an old building or wall in an urban environment. It has adapted to living successfully in different environments.

The breeding season of this reptile takes place from April to June. A male northern alligator lizard searches for a new female every breeding season. When a male finds a female it wants to mate with it grasps the female’s neck with its mouth to keep her in one place. The gestation period of the lizard is around 11 weeks. They have their young anywhere from late June through the month of September.

A female breeds every two years. Females can give birth to as many as 15 babies, but most have four or five per litter. These alligator lizards give live birth to their young. This is notable because most reptiles lay eggs. Though these baby lizards don’t hatch from eggs, they are sometimes referred to as hatchlings.

As a comparison, another reptile called Jackson’s chameleon, has a gestation period of four to six months, and it can give live birth to as many as 30 babies at one time.

A baby northern alligator lizard is born with the capability of living independently from the start. The mother doesn’t need to feed or provide care for her young. The babies proceed out into their habitat to look for beetles and other small prey.

The lifespan of this lizard goes up to 10 years.

The exact population of these alligator lizards is unknown. But biologists estimate there are more than 10,000 mature individuals.

Their conservation status is Least Concern, and they have a stable population.

These lizards are carnivores.

While these lizards do bite sometimes, they are not considered dangerous. Though their bite is not poisonous, it can be painful. This is something an individual should consider before keeping this type of lizard as a pet.

One other thing to keep in mind is these reptiles can sometimes carry salmonella. This is why it’s important for a pet owner to wash their hands after handling this lizard. Someone who is infected with salmonella via a pet lizard may experience upset stomach and fever.

How big do northern alligator lizards get?

The size of an adult northern alligator lizard’s body can measure three to four inches. Its tail adds on another six inches to its overall length.

What do northern alligator lizards eat?

Northern alligator lizards eat a diet of spiders, crickets, mealworms, and beetles. They may also eat baby mice if there are not enough insects in their habitat.

Also, the temperature has to be monitored in the aquarium so this cold-blooded animal stays warm enough at all times. In addition, this lizard has a lifespan of up to ten years, so an owner is taking on a long term commitment with this type of pet.

Lastly, an individual who understands the unique care required for this lizard may enjoy keeping it as a pet. 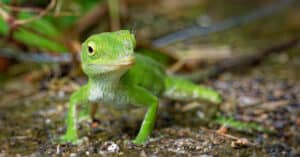 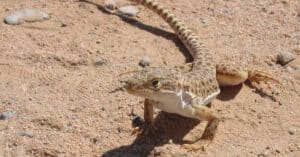