Maggy Meyer/Shutterstock.com
Share this post on:
More Great Content:
See a Wildebeest Launch Itself Over Two…
Lions vs Tigers - 5 Key Differences…
How Long Do Lions Live: The Oldest…
Animals That Can Kill a Lion
This Lion Was So Big It Hunted…
Watch A Lion Hunt The Largest Antelope…

A male lion, with its formidable size and flowing mane, is a majestic animal rightfully known as king of the jungle. Female lions are similarly ferocious and are amongst the most skilled hunters in the animal kingdom. These beautiful yet deadly cats are apex predators  that dominate the ecosystems the inhabit.

Lions have been studied extensively and are therefore well understood by scientists. They have been studied both in the wild and in captivity with regards to behavior, biology, and ecological role. Lions are incredibly unique and complex creatures and are considered a keystone species. In architecture, the “keystone” at the top of an arch is what prevents the arch from collapsing. In ecology, a keystone species is one that is necessary for the survival of their ecosystem. If a keystone species became extinct, the balance of their natural environment would collapse. Not only are lions large animals, but they also carry a large ecological role.

In this article we will investigate these beasts and attempt to answer: what is the largest lion, how big can different species get, and what is so big about their role in the environment?

What is the largest lion of subspecies alive today?

The largest lion ever recorded in the wild reportedly weighed 690 pounds and was shot in South Africa in 1936.

There are two extant subspecies of lions, meaning two subspecies that are not extinct. One subspecies is called Panthera leo leo, which includes Asiatic lions in India and lions found in west and northern central Africa. The second is Panthera leo melanochaita, which includes lions found in southern and eastern Africa. The barbary lion, which lived in north Africa from Morocco to Egypt, was part of the P. leo leo subspecies but became extinct in the 1960s. The Cape lion belonged to the P. leo melanochaita subspecies but became extinct in the wild in the mid-19th century. Outside of formal taxonomy, lions are often grouped into “Asian lion” and “African lion” categories.

Asiatic lion populations are found only in Gir National Park in India and the surrounding area. From tip of the nose to base of the tail, Asiatic lions are 6.5 feet long. The largest wild Asiatic lion ever recorded was hunted in 1620 and weighed 675 pounds. Typically, however, wild Asiatic lions have a maximum weight of 418 pounds.

A very large wild lion in Africa was observed in Kenya near Mount Kenya. This male African lion was 11 feet long and weighed an incredible 600 pounds! However, as we noted above, there were reports of a lion that weighed 690 pounds, and Guinness Book of World Records has claimed as the largest lion on record. Typically, wild lions have a maximum weight of 496 pounds in southern Africa and 451 pounds in eastern Africa.

What is the largest lion of extinct species?

The largest extinct lion was the American cave lion and may have weighed up to 1,153 pounds!

There are many types of lions that have roamed the earth for hundreds of thousands of years. Two species of prehistoric lions include Panthera atrox, also known as the American cave lion, and Panthera spelaea, also known as the Eurasian cave lion. Both of these species have long been extinct, but they are related to modern lions and were even known to coexist with human ancestors.

The American cave lion inhabited North America between 340,000 and 11,000 years ago. Fossils from this species have been excavated from Alaska to Mexico suggesting it had a large geographical range. Based on fossil evidence, scientists predict that the American cave lion was about 25% larger than modern lions making it one of the largest known cats to ever exist. The estimated maximum length of the American lion from the tip of the nose to the base of the tail is an impressive 8 feet 2 inches. A 2008 study estimated that this lion weighed up to 930 pounds; however, a 2012 study claims males could have weighed up to 1,153 pounds!

Do ligers count? What is the largest liger on record?

Ligers are the offspring of a male lion and a female tiger. Ligers are the largest of extant felines, however, they are not technically a distinct species. Male ligers are sterile, meaning they are incapable of reproducing. Although female ligers are capable of reproduction, because male and female ligers cannot produce viable offspring together, they are not recognized as a species. Instead, their “species” is denoted as Panthera leo ♂ x Panthera tigris ♀ (lion male X tiger female).

Ligers are recognized as the largest living cat on earth and greatly exceed their lion parent and tiger parent in size. The largest liger ever was named Hercules and was bred in captivity in 2002. Hercules had an exceptional weight of 922 pounds!

What is the world’s largest lion?

If we consider any lion that has ever lived, including prehistoric species, and do not consider lion hybrids, such as ligers, then the largest lion to have ever lived is the American cave lion. The American cave lion was predicted based on fossil evidence to have weighed up to 1,153 pounds! To put that into perspective, that is approximately the same weight as 115 house cats!

If we only consider lions of currently existing subspecies and include lions in captivity, then the largest lion ever recorded was a male living in Dublin Zoo, Ireland in 1959. This lion weighed a massive 827 pounds making it the largest lion in the world!

What ecological role do lions have?

Lions are classified as a keystone species. This means that they have a disproportionately large impact on their natural environment and are crucial to maintaining the structure of their ecological community. As apex predators, they must exist in order to control the populations of other animals. A lion’s diet consists primarily of wildebeest, zebra, and African buffalo. These animals have only a few other predators and have a diet that consists heavily of savanna grasses. Hypothetically, if lions became extinct, wildebeest, zebra, and African buffalo populations would grow drastically. Large grazing populations would overwhelm their food resources and cause savanna grasses to become scarce. This would have an incredible impact on all plant and animal life in the ecosystem. As an analogy, lions as a keystone species are like the starting domino in a long chain- if they get knocked over, many other pieces will fall behind it.

Currently, many efforts are being made to maintain and restore lion populations. Lions currently have a conservation status of “vulnerable” which means they are prone to becoming endangered if there is no intervention. Lions have been threatened primarily by habitat destruction and trophy hunting. It is currently legal to hunt lions including hunting in captivity for sport. Major efforts being made to restore lion populations include breeding in captivity and the close monitoring of wild populations. 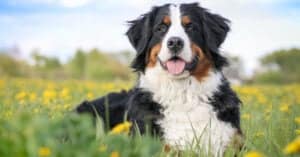