The most numerous species of tiger! 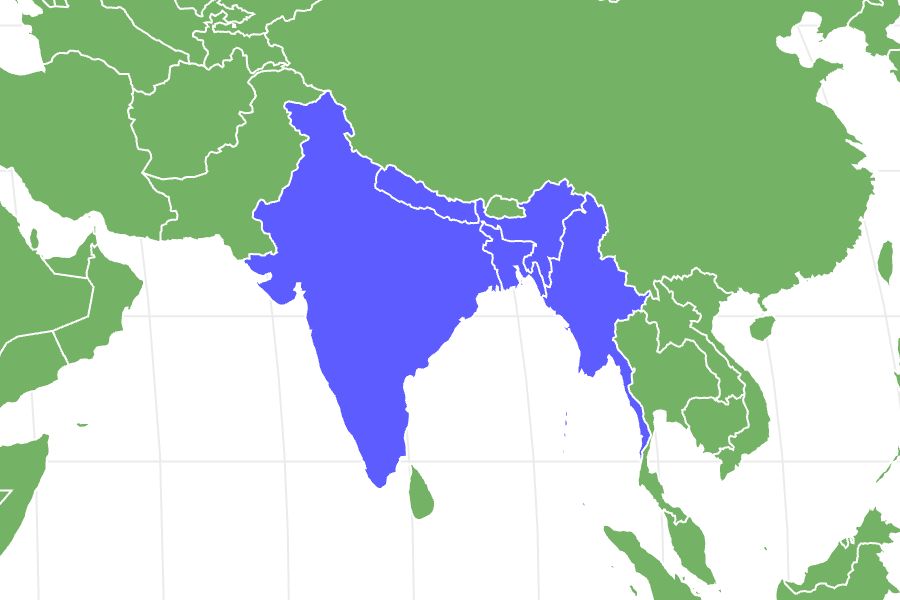 View all of our Bengal Tiger pictures in the gallery.

View all of the Bengal Tiger images!

Bengal tigers are the national animal of both Bangladesh and India.

Today, wild Bengal tigers are animals that only live in Bangladesh, Bhutan, India, and Nepal. And while there are more Bengals than any other tiger subspecies on the Indian subcontinent, the populations are endangered.

Conservation efforts are working to some degree, but they’re not outpacing the poaching, deforestation, and human encroachment that has devastated wild tiger habitats over the past 50 years.

During the 19th century, these tigers were known as Royal Bengal tigers. Somewhere along the taxonomic line, however, the royal was dropped. Today, the animals are simply known as Bengal tigers, a population of the subspecies Panthera tigris tigris.

Panthera derives from the Lain word “panthēra” and the Greek word “pánthēr,” which both roughly translate to “that which is hunted.” The Sanskrit word “pând-ara,” meaning “pale yellow, whitish, white,” is also thought to play a role in how the animal got its name.

Bengal tigers are one of the biggest subspecies of cats roaming the Earth today.

The majority of these tigers sport yellow to light orange coats with brown to black stripes, but their bellies and the inward-facing sides of their limbs are white.

How Big are Bengal Tigers?

Male tigers are typically between 9 to 10 feet long, including the tail, and about 3 to 3.5 feet tall from the ground. On average, boy Bengals tip the scale between 397 and 569 pounds — which is about the same weight as a pig and half as heavy as a polar bear!

Females are slightly smaller than their male counterparts. They’re usually between 7.5 to 8.5 feet long, and while the same height as the males, only weigh about 220 to 350 pounds, about the same size as a reindeer.

Compared to other tiger species, Bengals are usually slightly larger.

What is a White Bengal Tiger?

Every so often, a Bengal tiger is born with an all-white coat with brown to black stripes. These “white Bengal tigers” tend to grow faster and larger than their yellow and orange peers.

What Was the Biggest Bengal Tiger Ever Recorded?

In November 1967, hunters in Uttar Pradesh, India, shot a Bengal tiger that was around 11 feet long. The behemoth tiger weighed a whopping 857 pounds. To date, that is the largest Bengal tiger ever recorded.

How Big are Bengal Tiger Teeth?

Bengal tigers are animals that have giant teeth. They fall between 3 and 3.9 inches from the gum line, making them the biggest canines of all cat species.

The primary traveling unit of these tigers is a mother and her offspring. Besides the early-development period, which lasts about two to three years, Bengal tigers are solitary creatures. On rare occasions, a group of tigers will converge in the same area, usually because of a plentiful food source. When such gatherings happen, the group of tigers is called an ambush or streak.

These tigers, like nearly all other tiger species, have home territories that they rarely leave. When children go out on their own, females typically stick close to their mother’s area. During their first year living alone, adolescent cubs visit their mothers’ territories — females more often than males.

Generally speaking, Bengals live in tropical, subtropical, and temperate forests with access to water. Altitude-wise, they typically stay between 660 and 9,800 feet above sea level. However, that may be changing. In 2008, a Bengal tiger in Bhutan was caught on camera at 13,800 feet!

Today, these tigers live in India, Bangladesh, Nepal, and Bhutan. In India, they stick to tropical forests, subtropical deciduous forests, certain grasslands, and mangroves. Bangladesh has seen a thinning of the tiger population. The animals are now only found in the Sundarbans, which are mangrove forests, and the Chittagong Hill Tracts. Nepal is home to three small and isolated tiger populations in Chitwan National Park, Parsa National Park, and Bardiya National Park. In Bhutan, Bengals live in 17 of the country’s 18 districts.

Rural farmers must remain vigilant against Bengals because tigers also attack domesticated livestock. And though history is littered with stories of man-eating tigers, it’s a rare occurrence that typically only happens if the animal has a disability and can no longer catch other prey.

When making a kill, tigers approach from the back or side and immediately go for their victims’ throats. They then drag the carcass somewhere covered to eat.

In one sitting, tigers may consume up to 100 pounds of meat! But keep in mind that only one in 20 hunts is successful, and they only average one big meal a week.

Poaching and habitat destruction, which causes population fragmentation, are the main threats to these tigers. Though lawmakers have implemented anti-poaching laws to protect big game, it remains a huge problem. A thriving and lucrative black market for skins and body parts — which pays a year’s salary for one kill — unfortunately encourages people to break the laws and hunt tigers.

Moreover, on account of India’s 2006 Forest Rights Act, more people are moving into jungle regions and encroaching on tiger territory. While the statute is a much-needed boon for indigenous human communities, it’s terrible for the subcontinent’s cat population.

The Indian government has established tiger Conservation Units, known as TCUs, in the foothills of the Himalayan Mountains. Encouragingly, populations appear to be rising in these areas. However, the International Union for the Conservation of Nature (IUCN) still lists these tigers as endangered. Much more work is still needed to ensure their survival in the wild.

These tigers mate throughout the year, but many baby tigers are born in April and December. The pregnancy gestation period for female Bengals is about 3.5 months, and mothers usually have litters of up to six. Births happen in sheltered areas like tall grass, caves, and thick bush.

Baby tigers are called cubs and weigh between 1.7 and 3.5 pounds at birth. When they first come into the world, their eyes and ears are shut, and they’re covered in wooly fur that sheds between the ages of 3.5 and 5 months.

Like humans, Bengals’ first set of teeth aren’t permanent. They’re called “milk teeth” and are replaced with an adult set about 2.5 months after birth. Newborn tigers suckle their mothers for about three to six months and start trying solid foods at two months old.

Young tigers stay with their mother for about two to three years, and during that time, she doesn’t go into heat. But once her babies move away, she starts the reproductive cycle all over again. In other words, female Bengal tigers give birth every two to three years, depending on how many cubs they have per litter and how long their cubs stick with mom.

In the wild, a Bengal tiger’s lifespan is approximately 15 years. The older they get, the weaker they get, and catching prey becomes more and more difficult. In captivity, Bengal tigers, barring disease and unforeseen accidents, usually live for 20 to 25 years.

How many Bengal tigers are thriving in the wild today? The Bengal tiger population is precarious though on the rise. In 2011, only about 2,500 lived in the wild. By 2018, that number had increased by a few hundred.

In 2010, the World Wildlife Fund for Nature launched the “Save Tigers Now” campaign, which works towards its stated goal of doubling the wild tiger population by 2022.

Unfortunately, over the past three decades, tiger breeding has become popular worldwide, especially in the United States. People open private zoos and breed tigers to exhibit. And while a patchwork of laws prevents some undesirable activity, the system isn’t foolproof.

What’s the problem with breeding tigers in captivity? For starters, the animals born in captivity are not genetically equipped to survive in the wild. Secondly, many of these tiger zoo keepers end up murdering animals when they get too large and can no longer participate in pet-a-tiger exhibits and shows.

Wild tigers are carnivores, meaning they feed on meat. In an extreme pinch, you may catch a Bengal tiger chewing on grass and berries, but they cannot survive on vegetation alone.

Though it’s rare for Bengal tigers to eat humans, it does happen, and people should remain vigilant when in or near tiger habitats. Villagers who live among tigers often wear face masks on the backs of their heads because cats, both large and small, rarely attack other animals head-on.

Where Do Bengal Tigers Live?

Bengal tigers live on the subcontinent in Bangladesh, Bhutan, India, and Nepal. They stick to forests and dense grasslands.

Why Is the Bengal Tiger Famous?

Bengal tigers are beloved the world over for their majestic appearance and strength. Humans have long admired their tenacity when stalking prey. Also, some people consider them to be a “royal” wild species.

How Much Does a Bengal Tiger Weigh?

How Fast Is a Bengal Tiger?

Despite their enormous size, Bengal tigers can reach speeds between 35 to 40 miles per hour. However, they’re not marathon runners and can only sustain such speeds for a sprint.

Unfortunately, traditional medicines, which many people still swear by, use tiger body parts. Additionally, tiger skins, furs, and teeth are desired items on the black market.

What Kingdom do Bengal Tigers belong to?

What phylum do Bengal Tigers belong to?

What class do Bengal Tigers belong to?

What family do Bengal Tigers belong to?

What order do Bengal Tigers belong to?

What genus do Bengal Tigers belong to?

What type of covering do Bengal Tigers have?

Bengal Tigers are covered in Fur.

What is the main prey for Bengal Tigers?

What are some predators of Bengal Tigers?

Predators of Bengal Tigers include humans.

What is the average litter size for a Bengal Tiger?

The average litter size for a Bengal Tiger is 3.

What is an interesting fact about Bengal Tigers?

Bengal Tigers are the most numerous species of tiger!

What is the scientific name for the Bengal Tiger?

The scientific name for the Bengal Tiger is Panthera Tigris Tigris.

What is the lifespan of a Bengal Tiger?

What's the difference between Bengal tigers and Siberian tigers?

How to say Bengal Tiger in ... 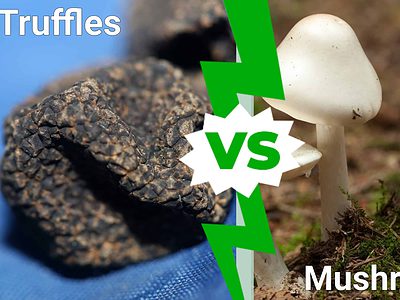 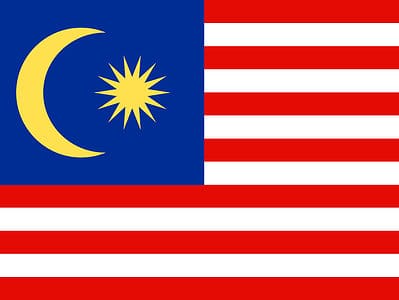 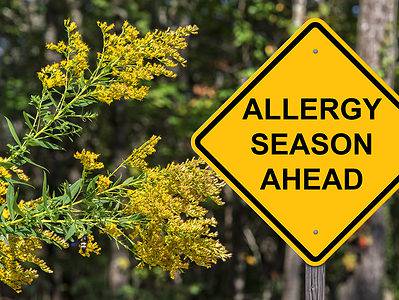 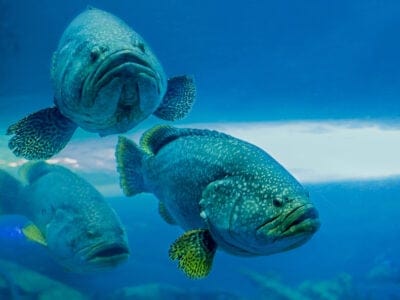 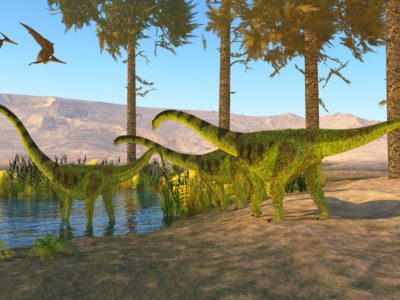