Dwarf Yaupon Holly vs Boxwood: What Are The Differences?

A-Z-Animals.com
Share this post on:
More Great Content:
Is Hibiscus a Perennial or Annual?
Rose Of Sharon vs. Hardy Hibiscus
7 Extinct Trees
Are Mushrooms & Other Fungus Plants?
The 5 Best Annual Flowers For Zone…
Are There Any Plants That REALLY Keep…

Dwarf yaupon holly and boxwood are both evergreen shrubs and trees. Boxwood, in particular, is one of the oldest known garden plants, dating back to 4,000BC. These two stunning specimens are incredibly popular worldwide due to their ornamental uses and low-maintenance growth style. However, they look quite similar at first glance, although it’s easy to understand that this isn’t true when we explore them further. Therefore, we’ll explain everything you need to know about dwarf yaupon holly vs. boxwood so that you can choose the perfect plant for your garden!

The 5 Key Differences Between Dwarf Yaupon Holly and Boxwood

Boxwood is not a single species but is typically any species in the Buxus genus, comprised of approximately 70 species. However, including these species and the different cultivars, there are approximately 150 different varieties. Buxus is a member of the Buxaceae family group, also known as the box family. The box family has a wide distribution and is found in most suitable habitats across the entire world.

The biggest difference between these two plants is their size. Although boxwood can be grown as shrubs, their natural size generally ranges between 6.5 and 39 feet high. However, in comparison, the dwarf yaupon holly is significantly smaller and only reaches 4 feet high with a spread of 5 feet. This makes them perfect for gardens as they are just the right size to be kept as small trees and ornamental shrubs.

Another difference between these two plants is their leaves’ size and appearance, despite them being evergreen. Boxwood typically has larger leaves than dwarf yaupon holly, and its leaves are oval-shaped and 0.5 to 1.5 inches long. Boxwood has dense foliage, and its leaves are a medium green color but can turn a little yellowish during the fall and winter months.

In comparison, dwarf yaupon holly leaves are oval-shaped, 0.3 to 1 inch long, and are a glossy green color. It, too, has dense foliage, but its leaves grow on particularly brittle branches. Unlike most holly bushes, dwarf yaupon holly does not have prickly leaves; instead, they have a leathery texture.

One of the easiest ways to distinguish between dwarf yaupon holly and boxwood is to look at their flowers when they bloom in the spring. Boxwood produces male and female flowers on the same plant – known as monoecious. These generally appear as a single female flower surrounded by up to six male flowers. Boxwood flowers are a yellowish-green color but are small and insignificant looking. They lack petals and can often appear to blend in with the plant’s color.

Dwarf yaupon holly also produces tiny flowers, but these are white in color. However, dwarf yaupon holly produces male and female flowers on separate plants rather than the same one. This means that the plant can be either male or female – which is known as being “dioecious.” Incredibly, the male flowers provide the pollen while the female plants eventually produce the berries (more on that next).

As we’ve just mentioned, only female dwarf yaupon hollies produce berries, but this goes even further as they only produce them if there is a male plant nearby. This is because the male dwarf yaupon produces the pollen, which is needed to fertilize the female flowers to create the berries! When the berries do appear, they are small and pea-sized (around 1/4″) and have a brilliant red color. These berries are an important food source for many small birds as they usually remain well into the winter. However, although they look attractive, they are actually incredibly toxic to humans and pets. They contain the toxin ilicin, and even consuming only a few berries can cause serious vomiting.

For as bright as the berries are on dwarf yaupon holly when it comes to boxwoods, they can only be described as inconspicuous – just like their flowers. This is because they tend to be a dull brown and so small that they are barely noticeable. As boxwoods produce both male and female flowers on the same plant, virtually all boxwoods produce fruit. Upon fertilization, the boxwood produces small three-chambered capsules (approx 1/3″ diameter) which are green to begin with but turn brown when they mature. Once they are mature, they split open to discharge tiny, shiny black seeds. These seeds are popular with birds but can be toxic to humans.

Yes! The yaupon holly is one of only two plants native to North America that produces caffeine (the other being dahoon holly). The caffeine is produced in its leaves and they contain approximately 0.65 to 0.85% caffeine. However, this is significantly less than both tea leaves and coffee beans.

How long do dwarf yaupon holly and boxwood live for?

Most boxwoods tend to live for 20 to 30 years. However, dwarf yaupon holly lives for much longer and can often reach 75 years old!

Are dwarf yaupon holly and boxwood easy to grow?

Yes! Both plants are renouned for being easy to grow and maintain which is why they are some of the most popular ornamental plants around. Both plants are very tolerant of a wide range of soil types and grow well in a variety of conditions.

What maintenance do boxwood and dwarf yaupon holly require?

Neither plant requires much maintenance to survive, but more maintenance is required depending on how you want them to look. On its own dwarf yaupon holly will often develop into a nice, attractive shape. However, it can sometimes become a little wayward so a little pruning is often needed. Despite this, dwarf yaupon holly isn’t actually suited to being pruned into a strict shape – it is more suited to growing as a low filler bush or shrub.

However, if you are looking for a plant to take on the role of a formal bush then boxwood is the plant for you. Boxwoods cope great with regular pruning (although again this depends on the size and shape you want) and can be trimmed into virtually any form that you need. Alternatively, they look just as good left untrimmed. 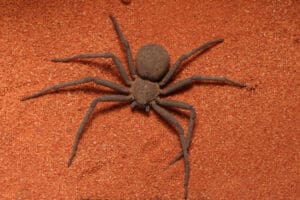