Massachusetts is the most populous city in the New England region of the United States. Although relatively small in terms of landmass, the estate is home to several animal species, including a vibrant bird population. There are nearly 500 bird species you can find in the state during different seasons of the year.

In addition, Massachusetts has a rich history of birding. The country’s oldest bird union – The Massachusetts Audubon Society, was founded in 1896, and the discovery of a Ross gull in Newburyport in 1975 also attracted hordes of birdwatchers to the city. If you are looking for Massachusetts’ best bird-watching spots this summer, check out these top birding destinations below.

Parker River wildlife refuge is a wildlife sanctuary that encompasses the majority of Plum Island. By design, the wildlife refuge was established to provide feeding, nesting, and resting habitats for migratory birds. It spans about 4,700 acres of the Island, with nearly two-thirds being salt marsh. The refuge has a visitor center in Newburyport where you can enjoy sights of different birds during the 6.5-mile wildlife drive through the park. But if you prefer to explore on foot, you can explore trails, two observation towers, and marsh boardwalks.

Parker River wildlife refuge trails are accessible on foot and by wheelchair. The top two loop trails are the Hellcat Interpretive Trails and Sandy Point State Reservation, measuring 1.3 miles and 3.4 miles, respectively. The park opens daily, and entry costs as little as $2.

Cape Cod’s geographic location makes it a prime stage for feeding, nesting, and migrating birds. The seashore is located mid-latitudes into the Atlantic. Hence, migratory birds from north and south of the Atlantic Flyway often visit between breeding and wintering seasons. The seashore has 46,000 acres of marine, freshwater, and uplands and is home to more than 370 bird species. Out of these, 80 species nest and raise their young during the summer and spring.

Some great places you can watch birds on the Cape Cod seashore include Fort Hill, Hatches Harbor, Beach Forest, Nauset Marsh, etc. The park is open throughout the week and is free for children under the age of 16. So, if you’re planning a summer family visit, this is one of the best locations to check out.

Joppa Flats is one of Massachusetts’ most important migration stopovers on the Atlantic flyway. It is near the entrance to Parker National Wildlife Refuge and overlooks the Merrimack River. It also has an educational center for children and adults about wildlife. More importantly, guided tours allow you to explore salt marshes, rivers, coastal waters, bays, and mudflats.

Joppa Flats famously hosts more than 35 bird species. Some of them include ospreys, black-crowned night heron in the summer, and brant in the spring. If you want to enjoy your time at Joppa Flats, join one of the guided trips offered by the center.

Common bird species at the Mass Audubon Joppa Flats are:

The Concord unit is considered one of the best inland birding areas in Massachusetts. The site has a wildlife observation platform, an observation tower, and direct access to the Concord River. On the other hand, the Sudbury unit also has trails through the woodlands and around the wetlands, and visitors can access them through a non-motorized boat launch on the Sudbury River. Summer is the most active season of the year for all bird species at the Great Meadows refuge. During your visit, you will see popular birds like the mallard ducks, the less popular Massachusetts endangered little brown bats, and 220 other bird species.

The Wellfleet Bay wildlife sanctuary is another beautiful place that offers excellent birding throughout the year. It is home to over 291 bird species, making it one of the busiest bird hotspots on Cape Cod. Mass Audubon bought the original 366-acre property in 1958 and has grown to more than 1100 protected acres for birds and other wildlife.

The sanctuary has shorelines overlooking Wellfleet Harbor and extensive trails with views of pine woodlands, a sandy barrier beach, and a salt marsh. As a result, it attracts different wildlife. Some of the trails in the sanctuary include the Great Island trail, Goose Pond Trail, Pilgrim Spring Trails, Silver Spring Loop, and four other trails.

Massachusetts has a diverse habitat of exposed ocean beaches, dunes, freshwater rivers, and salt marsh. As a result, it is the perfect haven for tourists and residents looking to spot different bird species around the city this summer. Apart from Massachusetts’ best bird-watching spots covered in his post, other popular bird-watching spots in Massachusetts include Salisbury Beach State Reservation, Daniel Webster Wildlife Sanctuary, Mount Auburn Cemetery, Quabbin Reservoir, Belle Isle Marsh Reservation, and many more.

Rosemary vs. Lavender: The Key Differences 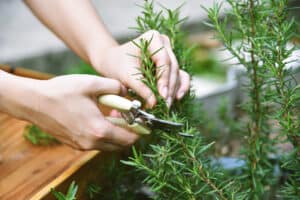