California is known for being home to many popular destinations, such as the Golden Gate Bridge, Hollywood, and Disneyland. It is sure to be on the bucket list of every tourist who wants to explore fun and breathtaking locations simultaneously. Its farms feed millions and have unique structures and truly incredible innovations.

California’s abundant bird life is also one of the reasons why this place is an eye candy among many tourists, especially bird-lovers who want to spot some fascinating and unique bird species anytime. If you are a bird fanatic, you should note that more than 600 bird species have been spotted, inhabiting, and migrating in California. This state makes up two-thirds of all bird species in North America and includes many species, including rare ones.

Of the 600 bird species in California, 450 can be commonly seen, as this state is home to the most diverse natural habitats for birds that draw millions of them for breeding, migrating, and resting. There are birds in almost every place in California, such as the wetlands, shorelines, deserts, oak woodlands, and forests.

Today, we’ll talk about the four best places in California to feed your bird fanatic heart and let your eyes feast on unique and fantastic bird species.

Can you believe that this place has over 50% of all the species of birds in North America? Yes, the Point Reyes National Seashore is a haven for all bird lovers. This place isn’t just for bird lovers alone, but whale watchers, hikers, nature lovers, adventure seekers, and those who want to experience its 80 miles of beautiful beaches.

Originally inhabited by the Coast Miwok Indians, European explorers led by Sir Francis Drake arrived in the late 1500s and discovered the Point Reyes peninsula. A few centuries later, maritime trade was prevalent throughout the San Francisco Bay, which gave birth to a lighthouse and a lifesaving station, which can still be seen as well as other historic structures when visitors explore the park.

This place has become a beautiful destination for locals and tourists as they can now enjoy different recreational opportunities such as swimming, hiking, mountain biking, horse riding, whale viewing, wildlife viewing, and bird watching. Its 490 spotted bird species include the acorn woodpecker, brown pelican, Caspian tern, northern spotted owl, common merganser, song sparrow, common raven, coot, and even the great blue heron. You can spot birds in many areas, as almost everywhere in this place fosters several bird species. This place is for you if you want to feast your eyes on some beautiful and rare bird species.

These national wildlife refuges are located where the grassland is primarily developed for agricultural purposes, and the refuge wetlands are farmed to attract many migratory waterfowl, with many nesting here. Other fascinating bird species like the bald eagle make this place more appealing to bird lovers. Birds that can be spotted here are the tundra swan, golden eagle, prairie falcon, mountain bluebird, pelican, and sandhill crane.

Considered a paradise for bird watchers, photographers, and adventurers, Mono Lake is a perfect place for tourists seeking a peaceful haven with lots of recreational opportunities at the same time. This lake is a saline soda lake that formed 760,000 years ago in an endorheic basin. Due to the lack of an outlet, this lake is fishless and has high salts, producing alkaline water.

Its recreational opportunities include hiking, kayaking, interpretative trails, nature walks, and self-guided tours. Swimming is also allowed and can be considered a “memorable” experience for tourists as the lake’s salty water is denser than water in the ocean, providing buoyancy with every swim. Although it is allowed, you shouldn’t swim here if your eyes are sensitive or you have cuts, as it may sting due to the high salt count this lake has.

Instead of fish, birds are the main feature of the wildlife within this place. Over 300 bird species have been spotted here, with 80 migratory bird species stopping to feed in this alkaline lake. During late spring, almost 50,000 California gulls visit this place to breed. More than 80% of the gulls that thrive on the California coast are born in this majestic spot. Birds spotted here are the American avocet, snowy plover, dowitcher, black tern, white-faced ibis, parasitic jaeger, phalaropes, yellow warbler, and northern goshawk.

Also considered one of the premier birding locations on the California coast, the Elkhorn Slough serves as a home and stopping point for waterfowl, shorebirds, wading birds, migratory birds, and other exciting land birds.

For an incredible bird-watching experience, go 20 miles south to the shore near the Point Pinos lighthouse to witness different birds such as ducks, shearwaters, cormorants, gulls, and even rocky shorebirds. This makes Elkhorn Slough an ideal place for those who want to appreciate nature and venture out simultaneously.

The Flag of Cameroon: History, Meaning, and Symbolism 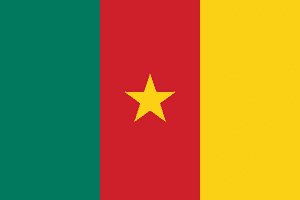