Can hang suspended on wind currents 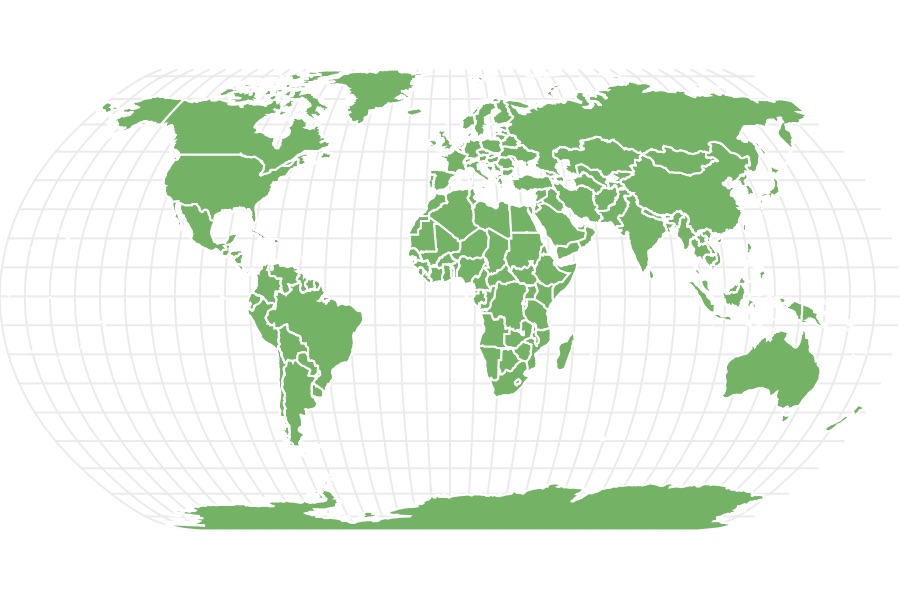 View all of our Kestrel pictures in the gallery.

View all of the Kestrel images!

The kestrel, also called sparrowhawk, is a type of small falcon.

In the United States, it’s the smallest and most colorful falcon around. This bird of prey lives in open habitats and is about the size of a blue jay to a mourning dove. The best-known raptor in North America is easily identifiable with its striking plumage and unique hunting style.

Where To Find Kestrel

Where you find kestrels depends on the species you want to see, although they’re generally very widespread regardless. The American kestrel has a geographic range in the Western Hemisphere from Alaska and Canada to South America. The common kestrel lives in Europe, Africa, Asia, and eastern North America.

All kestrels live in open habitats with enough cavities for nesting and enough perches for hunting, plus vegetation for prey animals. American kestrels live in natural cavities, in holes made by woodpeckers, abandoned holes in cacti, or in the abandoned nests of crows, merlins, and red tailed hawks. They also use nesting boxes and nest on cliff ledges and building tops. Common kestrels are likewise cavity nesters and re-use the old nests of corvids.

The kestrel belongs to the genus Falco, but is distinct from other falcons. There are 15 species of kestrels divided into 4 groups of common kestrels, true kestrels, African grey kestrels and American kestrels. “Kestrel” comes from the French word crécerelle which comes crécelle, meaning ratchet.

The American Kestrel has several common names besides sparrowhawk: Grasshopper hawk, killy hawk, short-winged hawk, windhover, house hawk, and rusty-crowned falcon. Its scientific name is Falco sparverius. It’s not considered to be a true kestrel but related to the prairie, peregrine, and aplomado falcons, which are larger. The common kestrel is also called windhover, European kestrel, Eurasian kestrel, Eurasian kestrel, or Old World kestrel. Its scientific name is Falco tinnunculus.

There are three species of true kestrels:

The kestrel is mostly a chestnut or cinnamon brown color. All kestrels except true kestrels have a black malar stripe under their eyes. Their bills are hooked with a bluish color and yellow cere. They have yellow legs which become darker with age.

The common kestrel has a size of 13-15in long from head to tail, and a wingspan of 27-31in long. Males weigh 5.5oz, while females weigh 6.5oz. Male kestrels (tercels) have a chestnut brown upper with black spots, and a blue-grey head and tail. The tail also has a black bar on the tip. The breast and belly are buff with black spots. Females are darker than males and have black or cinnamon brown barring on their backs, mantles, wings, and tails. Their breasts and bellies have black streaks. Juvenile (young( kestrels look similar to adult females. They get their adult plumage at 1 year of age.

Kestrels are not powerful or fast fliers and they have flappy wing beats. Like all falcons, they have large heads, notched beaks, and streamlined bodies with heavy shoulders. They have outward-pointing cone-shaped projections in the middle of their round nostrils to slow down air flow, which allows fast flight without damaging their lungs. They have long wings and tails and slender, bare ankles.

Kestrels are diurnal (active during the daytime) creatures. The bird’s active hunting style involves first hovering or riding on air currents in open countryside, then swooping or diving down vertically to grab the prey with its feet. Also called a windhover, the nickname refers to its unique ability to hang suspended in the air while pinpointing prey.

Common kestrels hover 35-65ft above the ground. American kestrels typically perches and waits for prey to come, but it also catches prey on the ground. It bobs its head and tail and flies towards its prey to grab it in its talons. Like red tailed hawks, American kestrels conserve energy in hunting and will move to another area if the success rate for catching prey is too low.

“Killy hawk” refers to the kestrel’s call which sounds like a shrill “kill, kill, kill” or “klee, klee, klee” when it’s excited or upset. There’s also a whine call, which is done during feeding and copulation, and a chitter call, which is done during interactions between males and females. Femalles have lower-pitched calls than males. Nestlings can make calls similar to adults at 16 days of age.

The kestrel is a bird of prey and so has a carnivorous diet, meaning it eats only other animals. As a diurnal bird of prey with keen eyesight, it can hunt until dark.

What do kestrels eat?

Voles are the main prey of kestrels. However, they eat other rodents and small mammals such as wood mice (long-tailed field mice), shrews, small birds and eggs, insects, earthworms, lizards, and bats.

Starvation is most responsible for young kestrel deaths, with only 30-40% making it to adulthood. American kestrel populations are in widespread decline.

Kestrels mate by sexual reproduction. American kestrels are very vocal during the breeding season and males use their shrill “klee-klee-klee” call. They flutter-glide and call to approach the nest and give prey, and then the females fly out of the nest and flutter-glide with them.

Young kestrels are called juveniles. Kestrels become sexually mature during their first spring. They mate during the spring or, in the tropics, during the dry season. In the populations that migrate, the male kestrels come to the nesting site before females. Males do several diving rituals, first climbing several feet and then diving, with a “klee” call at the top. Females are promiscuous for one to two weeks, and this behavior is believed to stimulate ovulation. She then chooses a male and pair bonds are often permanent. The couple tends to use the same nesting site over and over again. Males give food to females four to five weeks before egg-laying to one to two weeks after.

Female kestrels lay 3-7 eggs. Of these, 3-4 survive to fledge on average. The eggs are 1.3 in × 1.1 in in size with a white to cream color and brown or grey splotches. Incubation takes 30 days. Males incubate 15-20% of the time, but only females feed the chicks. Hatchlings are able to sit up after five days and fledge after 4-5 weeks.

The common kestrel’s population is decreasing and listed as least concern by the IUCN Redlist. All other species populations are stable, with the exception of the Nankeen kestrel, whose population is increasing. The estimated global population of kestrels is 9.2 million.

Is a kestrel a hawk or a falcon?

A kestrel is a small type of falcon.

What's the difference between a kestrel and a hawk?

What is special about a kestrel?

The kestrel is also called a windhover because it can hang suspended in the air while pinpointing prey.

No, kestrels are actually very common in North America, most of South America, and Europe, Asia, and Africa.

Some do. American kestrels and kestrel species in cool-temperate areas migrate during the winter.

How many eggs do kestrels lay?

How fast do kestrels fly?

Kestrels can fly up to 39mph.

What is the kestrel's wingspan?

When do kestrels leave the nest?

They fledge in 4-5 weeks, but still need their parents to bring food for 2-3 weeks.