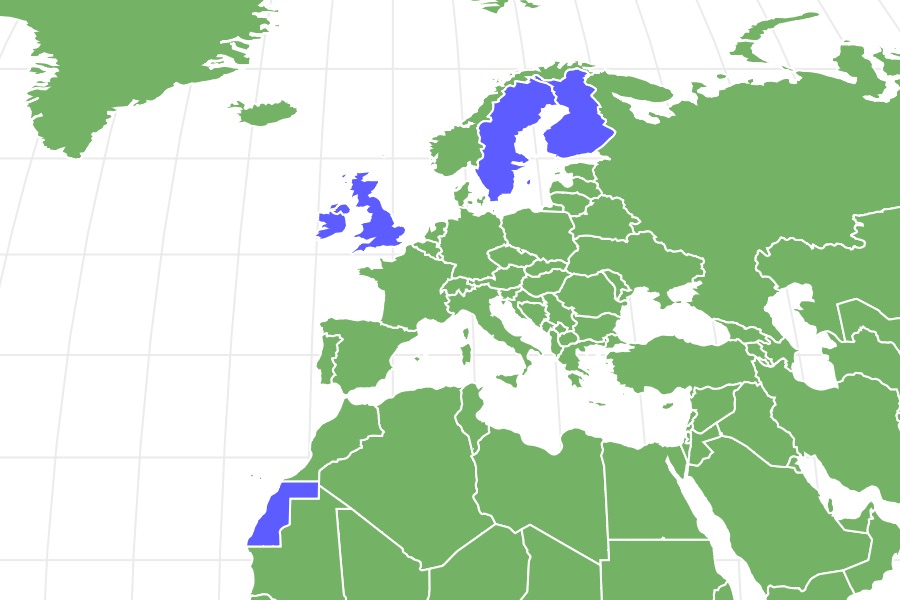 View all of our Willow Warbler pictures in the gallery.

View all of the Willow Warbler images!

Its song has been called “the sound of summer.”

The willow warbler is a small, migratory songbird known for its sweet sound. You can see it in parks, gardens, and woodland areas all over Europe and Scandinavia. This bird travels thousands of miles on its annual migration to Africa.

A willow warbler is a small, round bird with olive green top feathers and pale yellow feathers on the chest. It has pale legs and a stripe of yellow over each eye. The willow warbler’s beak is long and slender, which is handy for pulling insects out of trees and leaves.

For its size, the willow warbler has long primary feathers and long wings. It needs them for the long migration it makes twice a year. These birds travel huge distances to reach warm weather, and they travel long distances to return home.

A warbler is any small bird that sings in a trilling or warbling manner. Willow warblers usually sit on tree branches singing. Like many birds, they are diurnal and prefer to hunt for food during the day.

One unusual fact about them is that they molt their feathers twice a year, unlike most birds who molt once a year. They molt during their breeding season and at their winter migration destination. Scientists are not sure why they do this. Molting helps bird feathers stay strong and healthy, new wings could be an advantage for this bird’s long migration. A 2009 study found that migrating songbirds fly much faster than scientists believe. The study estimated that a songbird could cover 300 miles in one day of flight.

Willow warblers prefer open, wooded habitats of all kinds, including mixed forests. Their preferred trees are birches, alders, and the willows that give them their name. They use shrubs, brambles, and other low-lying plants to hide their nests. They also like human habitations, including farms and gardens, and environments with young trees. They make use of anything in their environment, including patches of low bramble, bracken, mosses, water features, and fallen leaves.

The willow warbler is a very common visitor to gardens and forests in Europe. The Wildlife Trust estimates there are more than 2 million nesting pairs that take their annual migration south from the U.K. It is one of the most common birds in Scandinavia. There are about 24 million pairs in Sweden and Finland.

Insects and spiders are the main diet of a willow warbler. Its diet includes all bugs, but it will also eat berries and fruits in the autumn. Scientists believe migratory birds eat fruits and berries to help them store fat for their long journeys.

As a small songbird, the willow warbler is a target of many predators, including hawks and other raptors. Domestic cats are also a threat.

Songbirds around the world are facing population losses because of climate change, human predation, and habitat loss.

The willow warbler is a versatile builder who makes nests on trees, thickets, and on the scrub grass of the arctic tundra. It will also breed and nest in shrubby areas away from trees. Willow warbler nests have been found in orchards, hedges, and dirt mounds. The warbler uses dry grass, leaves, moss, and strips of bark to create a distinctive, dome-shaped nest. The shape creates a warm place for the bird’s eggs.

The breeding season lasts from April to July. After mating with a male warbler, the female lays four to eight eggs. Their creamy, speckled eggs are tiny. The Wildlife Trust points out that three willow warbler eggs together are about the size of one penny.

The mother warbler hatches the eggs herself, but once the babies are born, both parents feed them. The babies are born blind and without feathers. For the first 10 to 11 days, the parents bring food to the nestlings. After that, the fledglings leave the nest. They may accompany their parents on foraging trips while they learn about the world. They also practice flying as their wings continue to grow. In about six weeks, they lose the last of their baby fluffiness and look more like their parents.

There are about 400 million to 600 million willow warblers in the world, but populations in some areas are declining. Like all songbirds, willow warblers have seen their population numbers decline in the past few decades. Conservationists warn that we are in danger of losing these beautiful and ecologically critical birds.

View all 91 animals that start with W

What is a willow warbler?

It is a small, migratory songbird and an Old World warbler. It is famous for its sweet, warbling song.

Where does a willow warbler live?

It lives in trees, open grasslands, parks, gardens and orchards. Most willow warblers are found in Europe and Scandinavia.

What size is a willow warbler?

The willow warbler can grow four to five inches tall. It has a wingspan of about seven inches.

They are one of the most common birds in Scandinavia and Europe.

It is a small bird with green feathers, a pale yellow breast, a long bill, and a bright yellow stripe over each eye.

What is the lifespan of a willow warbler?

Its lifespan is about five years.

How do you identify willow warblers?

The easiest way to identify them is by their colors. They also have longer wings than many birds of their size.

They are frequently mistaken for another small warbler called the chiffchaff. There are two ways to tell them apart. First, they are more brightly colored than chiffchaffs. Second, they have a sweeter song. Chiffchaffs get their name from a call that sounds like they’re saying, “Chaff chaff chaff.” Willow warblers have a melodious song that some have called “the sound of summer.”