Written by Kyle Glatz
Published: October 3, 2022
© A-Z-Animals.com
Share this post on:
More Great Content:
Stag Vs Deer: What’s the Difference?
Deer Population by State: How Many Deer…
The 10 Largest Deer in the World!
Discover The Largest Whitetail Deer Ever Recorded
What Do White-Tailed Deer Eat? 20+ Foods…
Deer Poop: What Does Deer Scat Look…

The Cervidae family of animals includes hoofed ruminant mammals that most people call deer. Two of the biggest members of this family include the sambar deer and the moose. Although both species can achieve a great size, they have many unique qualities. We’ve decided it’s a good idea to show you what separates these creatures from one another. So, let’s compare the sambar deer vs. moose and see how they differ!

Comparing a Sambar Deer and a Moose

The 5 Key Differences Between a Sambar Deer vs. Moose

The biggest differences between a sambar deer and a moose are their size and morphology. Moose are larger than sambar deer, weighing between 600 and 1,500 pounds, standing between 4.6 and 6.9 feet at the shoulder, and measuring between 7 and 10 feet long! The sambar deer maxes out at 1,200 lbs, 5 ft tall, and 8.9 ft long.

These differences are some of the things that define these species. Yet, these creatures differ in several other ways as well. Let’s take a closer look at five ways the two species are unique.

Moose are larger than sambar deer. The low end of the average moose weight is 600 pounds, far more than the 200 pounds of the sambar deer. Furthermore, moose have a very high maximum weight that is believed to be 1,500 pounds or greater. The sambar deer can weigh up to 1,200 pounds in rare cases.

All in all, moose are larger than sambar deer by every measure.

The sambar deer and moose could look similar at first glance. They’ve both got heavily built bodies and long, thin legs. However, their differences are readily apparent. The moose is a brown creature that stays that color throughout the year. The sambar deer has amber or yellowish brown fur that fades into gray during the winter.

Also, the sambar deer and the moose have vastly different antlers. Moose have a massive set of palmate antlers that don’t have the gaps between the forked portions like one would see in other deer. Sambar deer have large antlers, but they’re very typical of the deer family with beams, forks, and points.

Other differences exist between these creatures, too. For example, the moose has a large fleshy dewlap under its chin that hangs in front of its throat. However, the sambar deer does not have one. Instead, they can grow a thin mane in the fall.

Lastly, sambar deer have a black tail that measures several inches long and a white underside. Moose have a tail so short it barely looks like a tail at all. These are just a few of the most prominent differences that exist in the bodies of sambar deer and moose.

Although the sambar deer and moose belong to the same phylogenetic family, they are not from the same species or genus. The sambar deer’s scientific name is Rusa unicolor, and the moose is Alces alces. They are very unique from one another, and both have a few subspecies.

Moose are more widespread than the sambar deer. While the sambar deer is from Asia, the moose lives across multiple continents, including North America, Asia, and Europe. Specifically, the sambar deer is found in the Indian subcontinent and Southeast Asia in countries like Thailand, Malaysia, China, Taiwan, Burma, India, and Nepal.

Moose are found in the United States, Canada, Russia, Mongolia, China, Finland, and many other countries. They are more concentrated in some parts of the world than others, but their natural range does not overlap with the sambar deer.

Typically, sambar deer are more social than moose. A male sambar will live alone except during breeding season, while females and youth tend to live in groups of a dozen or more. Moose almost always live alone unless they mate or care for their young.

Sometimes, moose will live closer in loose groups during the winter for survival. Other than that, they don’t live together often. In particular, females will isolate themselves from all but their young until mating season.

Final Thoughts on the Different Deer

The sambar and moose are unique creatures that are only comparable due to their size and phylogenetic family. They have enough physical differences that you could tell them apart at a glance. However, the chances of them being close enough in real life for you to examine them side by side is exceedingly low outside of a zoo. 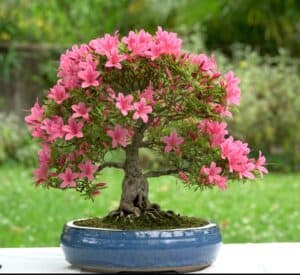