Common throughout the US, black snakes have been known to eat many things. This particular snake is known by many names, including western rat snake, Texas rat snake, and black rat snake.

What do black snakes eat? Black snakes eat bird eggs, rodents, birds, and frogs. They usually constrict their prey, and are capable of climbing vertical surfaces in order to get their meal.

But does this mean that western rat snakes are dangerous to humans? And how much do these snakes usually eat in order to survive? Let’s discuss this in more detail now.

What Does a Black Snake Eat?

Black snakes, otherwise known as western rat snakes, eat birds and their eggs, various types of rodents, frogs, and lizards. They are powerful constrictors and climbers, usually traveling great lengths for a snake of their size in order to reach their food.

According to the Savannah River Ecology Laboratory, rat snakes are one of the largest snakes found in developed or suburban areas. This may mean that rat snakes are capable of eating pet birds or rodents, if any are kept outside. Learn about how to keep snakes away by clicking here!

Given that these snakes can climb trees, you may be wondering if the western rat snake is capable of eating birds high up in their nests. Most rat snakes do eat birds and bird eggs, but their favorites are ground nesting birds, or nests that are easier to reach.

Black snakes or western rat snakes have been known to eat the following foods:

According to Copeia, rat snakes are more likely to eat bird eggs than birds themselves. This could be due to the fact that eggs are much easier to eat, and even more likely because red tailed hawks are one of the biggest predators to a western rat snake.

For the most part, black snakes aren’t very aggressive- at least toward humans. They are very opportunistic eaters, however, meaning they are likely to eat whatever small mammal or bird that comes across their path!

iNaturalist also mentions how much this snake can swim. With this in mind, one can only assume that blacks snakes have eaten their fair share of frogs, and perhaps even the occasional fish or water animal too.

How Much Does a Western Rat Snake Eat?

Western rat snakes only eat prey on a monthly basis; juvenile rat snakes eat once per week. They are unlikely to eat more than one animal at a time, given how long it takes snakes to digest their meals.

Western rat snakes, like many other snakes, also don’t eat before or during their shedding or molting process. While it depends on the size of the snake and the size of the prey, a black snake may eat far less than you think!

However, this doesn’t change their opportunistic approach to eating. According to Ecology, human interference has played a role in the black snake’s predation of nesting birds. Black snakes often come to the edges of forests for warmth or to shed, and this is a common location of nesting birds as well. They will eat whatever happens to be nearby!

The Journal of Wildlife Management mentions black snakes avoiding crop fields, but are thriving along the edges of such properties. This could be a blessing for many farmers, as these natural pest eaters keep the mice and rats away from crops.

Do Western Rat Snakes Have Any Predators?

Western rat snakes have a few predators that we know of, including the following:

Red-tailed hawks particularly enjoy eating western rat snakes, despite a rat snake’s ability to “rattle” its tail. Similarly to how a rattlesnake defends itself from predators, a black snake can shake its tail on the ground and mimic a rattle if it is lying in fallen leaves.

Black snakes have one more surprising defense mechanism up their sleeves: when threatened, rat snakes can emit a musky odor that repels predators. While this isn’t always enough to dissuade hawks or other birds of prey, this stench should be enough to warn humans to stay away!

However, most rat snakes are welcome in many different ecosystems. They are not venomous and can be excellent additions to semi-developed areas, as they keep down rat and mouse populations. They can also invade chicken coops though, so keep this in mind if you notice your eggs missing from your home coop.

Is A Black Snake (Western Rat Snake) Dangerous to Humans?

Black snakes aren’t very dangerous to humans. The rat snake is actually a popular breed of snake in terms of keeping as a pet. When handled from a young age, western rat snakes are docile, shy, and overall excellent pets.

However, should you come across one in the wild, be sure to give it some space. While you will likely not get bit by a black snake, they can become aggressive if they feel threatened. They can kink up or bend their body at strange, sharp angles if they don’t feel comfortable.

Black snakes have been known to bite, but usually only as a last resort. However, keep an eye on your outdoor cats or dogs while they are outside- while these snakes have no venom, they can get large. A bite from an eight foot long snake can’t feel very good!

Overall, though, black rat snakes make excellent natural pest control for a farm or acreage, and they can even become good pets! Just be sure to keep a tight lid on their enclosure, given their ability to climb. 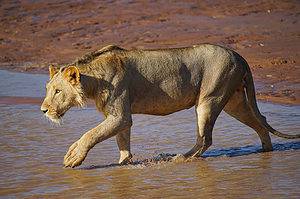