Where Does the Amazon River Start?

Origins of the Amazon River

The Amazon River’s origins are several and varied, but one of its main sources is at the confluence of the Marañón and Ucayali Rivers, although its main tributary is the Marañón River. This river originates in the Nevado de Yarupa, a glacier in the Andes Mountains. After this point, it then flows for 1,000 miles and eventually combines with the Ucayali River. On meeting, the Amazon River forms at this confluence. The tributaries to the Marañón River are the following:

The Marañón River does not only have tributaries but also various significant river systems that join to create the massive Amazon River. These are the Morona, Pastaza, Nucuray, Urituyacu, Chambira, Tigre, Nanay, Napo, Huallaga, and the Ucayali river systems. Besides the Nevado de Yarupa source, another origin of the Amazon River is the Nevado Mismi peak in the Peruvian Andes. This glacial stream flows into the Quebradas Carhuasanta and Apacheta rivers before flowing into the Río Apurímac River.

The basin of the Amazon River is one of the largest in the world as it covers over 2,722,000 square miles. This expanse makes up close to 40% of the continent of South America. Because of its massive size, the Amazon River and its basin release more freshwater into the Atlantic Ocean than any other river in the world.

To place this fact in context, the Amazon River releases up to 215,000 m3 of freshwater per second into the Atlantic Ocean. Remarkably, this volume of water amounts to one-fifth of all the freshwater released into the oceans.

The Course of the Amazon River

From there, the Amazon River flows through Brazil and Peru, forming part of the border of Colombia and Peru. As it moves, the lower Amazon River later begins at the intersection of the Rio Negro and Rio Solimões. These waters do not mix for almost 4 miles but flow side by side.

Interestingly, the Amazon River has no bridges because its width is just too vast. As a result, engineers have been unable to build a bridge to cross the river safely, so most crossings take place via ferry.

Wildlife in the River

Being the most extensive river system in South America, the Amazon River is home to thousands of species of fish, insects, birds, and mammals. Incredibly, over 2,500 species of fish live here, and scientists are still discovering more. Also, there are many species of commercial fish in this river.

Some examples of these are the pirarucu and giant catfish. And most fish in the Amazon River are migratory and exist in large shoals, with one of the most famous fish residents being the piranha. The piranha is a small fish with many tiny, sharp teeth. These fish feed on the flesh of an animal, or human, if they get the chance.

Besides fish, the Amazon River is home to animals like alligators, river turtles, and manatees. Unfortunately, these animals are endangered as they are a favorite prey for people. Other animals living in or near the Amazon River include dolphins, nutria, and the semiaquatic capybara, a large rodent.

Wildlife in the Rainforest

When you explore further, you find that the rainforest is also the dwelling place of beautiful species of birds that light up the canopies. Examples of these birds are parrots, macaws, caciques, parakeets, and hoatzins. Many species are tree dwellers, like woodpeckers and toucans. But others like the herons, cormorants, roseate spoonbills, and scarlet ibises live near water sources. Moreover, the Amazon rainforest is also home to predatory birds like hawks and eagles.

Although many rainforest dwellers are herbivores, peaceful and beautiful to look at, this environment has a more ominous side. Many predatory animals and reptiles live here, with some of the most popular and well-known, including the: 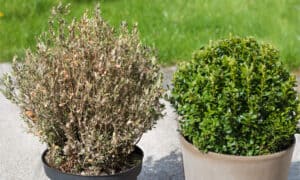