Has been domesticated for thousands of years! 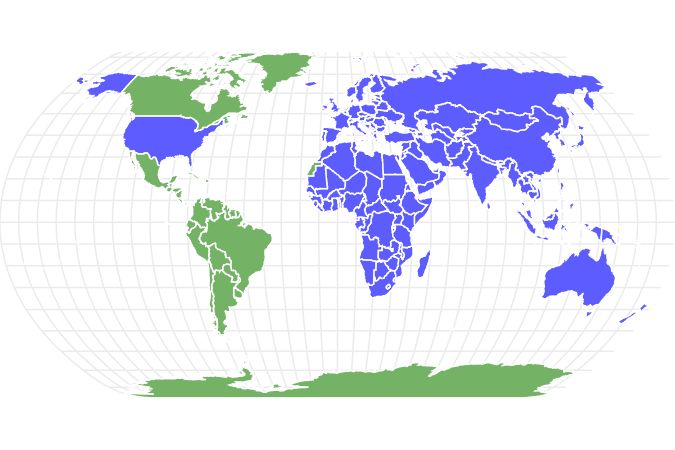 View all of our Water Buffalo pictures in the gallery.

View all of the Water Buffalo images!

“The water buffalo is known as the living tractor of the East.”

The water buffalo, also known as the Asian buffalo, Asiatic water buffalo, or arni, is the second largest member of the bovid family, and it is closely related to yak, bison, African buffalo, ox, and various other forms of wild cattle. Its great strength and high-fat content milk have led to its domestication throughout the world, and this, in combination with ritual hunting, has sadly caused the wild water buffalo to become endangered. Wildlife preserves in Southeast Asia are the last refuge for wild herds, and the population is believed to be in decline.

There are two subspecies within these buffalos, river, and swamp, which have both been domesticated for different reasons. The Asiatic water buffalo is a close cousin of the African Cape buffalo. The term Bubalus is simply Latin for wild ox or antelope.

The wild arni is a gigantic animal. It is nearly 10 feet long and measures almost six feet at the shoulder. They are primarily dark gray or black in color and have massive backward curving horns. Males are larger, typically weighing in at around 2,600 pounds, with full-sized horns while females have proportionately smaller horns. The males weigh about the same as two and a half grizzly bears!

The average length of a male’s horns is approximately five feet, but the longest recorded horn length is a staggered 13 feet 10 inches. In comparison, a Volkswagen Beetle is only 13 feet and 5 inches.

The domestic buffalos can range anywhere from just under 1,000 pounds upwards to 2,000 pounds. Coloration remains primarily the same, but horn shape and size can vary significantly over some of the 74 different breeds of these domesticated buffalos.

These buffalo spend most of the day submerged, sometimes up to their nostrils, in the water of rivers or swamps. This serves two major purposes. First, these buffalo do not possess adequate sweat glands to keep themselves cool through sweat evaporation along, so remaining submerged allows them to regulate their temperature in the hot, humid Southeast Asia climate. Secondly, the water protects the buffalos from all manners of biting insects that also inhabit the jungle. To help provide extra insect protection, water buffalo use their horns to dig up bottom mud from the river or swamp and throw it onto themselves in a process called wallowing.

These buffalos generally travel in groups called a herd. The herd consists of around five to eight adult females, called cows, and their respective calves. The herd may or may not have a male, or bull, accompanying them. Young bulls travel in all-male groups of similar age called bachelor herds, but older bulls will travel alone. Herds of 30 to 40 buffalo are not uncommon, but it is difficult to differentiate between domestic, feral, and wild water buffalo because of free-range farming common in the region.

Domestic water buffalo are animals that are found in Europe, Asia, Africa, Japan, Hawaii, and North and South America. Wild buffalos, however, only remain in small, protected areas of Southeast Asia in India, Nepal, Thailand, and Bhutan. It should be noted that the current habitat of these buffalos is not indicative of its true preference. Over-hunting has led to their survival only in remote, difficult to access, or preserved areas.

Thick jungle or swampland provides adequate cover and water for the buffalo as well as enough vegetation for dietary purposes. These buffalo almost migrate as the weather seasons shift. The rainy season allows for more movement as water becomes more prevalent.

These buffalos are herbivores and forage for their food. They prefer grasses, but will also eat fruit, shrubs, bark, and other foliage. Buffalo, in areas that are free from human contact, will feed in the open at dawn and dusk while remaining concealed during the hottest parts of the day.

Feral buffalo, and those without adequate protection from the sun, will graze sporadically. This is likely due to the influence of inter-breeding with their domestic counterparts, and it also shows in their more cattle-like behavior as opposed to their purely wild cousins.

The two primary threats to the arni are humans and domestic buffalo. Humans hunt the buffalos for meat, their horns, and for ritualistic purposes as well. Additionally, habitat loss, driven by the clearing of forests for farmland or residential use, is also human-caused.

Interbreeding with the various types of domesticated buffalo and cattle has resulted in a loss of the genetic identity of the wild water buffalo. This same close contact with domestic breeds exposes the buffalos to disease that has also devastated the wild herds.

The main predators of these buffalos are humans, tigers, leopards, and crocodiles. Almost all of these hunters attack through ambush as these buffalos can be extremely aggressive and dangerous when threatened.

Female water buffalo typically give birth every other year to a single baby called a calf. Male bachelor herds or lone older bulls travel to find accepting mates among the maternal herds. The gestational period lasts 10 or 11 months, and male offspring will remain with the herd for three years while females generally stay for life.

The wild buffalos have an average lifespan of 25 years, while domestic buffalos can live as long as 40 years.

While domesticated buffalos, and their associated hybrid species, account for approximately 165 million individuals, the true population size of the arni is unknown. Their remote, difficult-to-access habitat and the difficulty in noting the difference between domestic, feral, and wild herds have all been a significant challenge to the study of the species.

Researchers estimate that approximately 4,000 wild water buffalo remain free and fewer than 2,500 of those are mature adults. This population is believed to be in decline as the low number of wild herds continue to interbreed with domestic, feral, and hybrid water buffalo.

The wild buffalos, Bubalus arnee, are endangered, and it exists almost exclusively in protected preserves in Southeast Asia. These preserves are the only effective conservation effort that is being attempted to keep wild herds genetically pure.

Water Buffalo in the Zoo

Arnis are fairly common sights in zoos in the United States. Even smaller zoo and rescue facilities like the Little Ponderosa Zoo in Clinton, TN have arni on site. Six Flags Great Adventure in Jackson, NJ even offers a drive-thru safari attraction that boasts Asiatic water buffalo.

Why is it called a water buffalo?

Water buffalo earned their name due to the fact that they spend the vast majority of their day submerged in water. In fact, their hooves developed as widely splayed in order to prevent them from sinking into the thick mud of swamps and river bottoms.

The short answer is, “It depends.” Typically, water buffalo avoid human contact and prefer to be left alone. However, when threatened, the entire herd will advance directly toward the threat with their horns lowered. Due to their massive size and strength, water buffalos can easily kill a human, and they present enough of a threat to their predators that almost all of them hunt via ambush exclusively. Water buffalo are significantly less aggressive than the African Cape buffalo who is responsible for an average of 200 human deaths per year.

What is the difference between a water buffalo and a buffalo?

Water buffalo are unique in that they spend the majority of their time submerged in water or wallowing in mud. Most other buffalo species have a hump located between their shoulders while a distinctive sign of the Asian water buffalo is a flat back.

What do water buffalo eat?

What is a water buffalo?

A water buffalo is a large bovid native to remote areas of Southeast Asia. They have been widely domesticated; however, the wild water buffalo is endangered with fewer than 4,000 truly wild animals left.

What Kingdom do Water Buffalo belong to?

What phylum do Water Buffalo belong to?

What class do Water Buffalo belong to?

What family do Water Buffalo belong to?

What order do Water Buffalo belong to?

What genus do Water Buffalo belong to?

What type of covering do Water Buffalo have?

In what type of habitat do Water Buffalo live?

What are some predators of Water Buffalo?

Predators of Water Buffalo include humans, wild cats, and crocodiles.

How many babies do Water Buffalo have?

The average number of babies a Water Buffalo has is 1.

What is an interesting fact about Water Buffalo?

The Water Buffalo has been domesticated for thousands of years!

What is the scientific name for the Water Buffalo?

The scientific name for the Water Buffalo is Bubalus bubalis.

What is the lifespan of a Water Buffalo?

How fast is a Water Buffalo?

A Water Buffalo can travel at speeds of up to 30 miles per hour.

What is the difference between a cape buffalo and a water buffalo?

The most profound differences between a cape buffalo and a water buffalo include the area of the world they inhabit, their size, and their domestication.