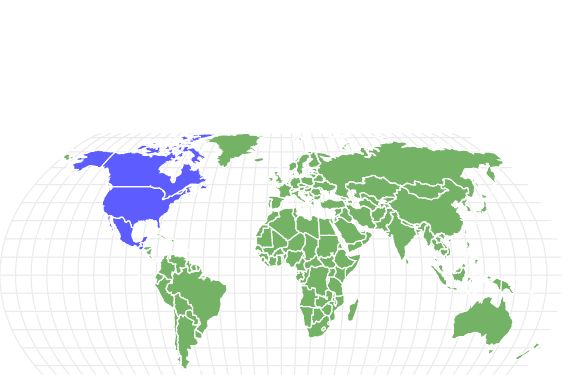 View all of our Eastern Racer pictures in the gallery.

View all of the Eastern Racer images!

If anyone living in the American south or in states east of the Rockies is going to see a snake, it will most likely be a black racer. Unlike a lot of snakes, this reptile, the only member of the Coluber genus, is diurnal and is not shy about raising its head above the grass for reconnaissance. If you move in for a closer look, you’ll be amazed at how quickly it slithers away into a crack in a building’s foundation or under a bush. Even though it’s not moving all that fast, it’s still one of the fastest snakes out there. It deserves its common name of “racer.”

Here are four facts about the eastern racer:

Where To Find Eastern Racers

Eastern racers are found mainly in the United States east of the Rocky Mountains. There are also populations in Mexico, Belize, Guatemala, and the Canadian provinces of Saskatchewan and British Columbia. The snake likes habitats that are dry and sunny but have a good amount of cover. Cover can be shrubs or bushes to trash piles.

The eastern racer’s scientific name is Coluber constrictor. Coluber is a Latin word for “snake,” and constrictor describes what scientists believed the snake did to its prey before swallowing it. Actually, the eastern racer doesn’t constrict its prey to death as much as it simply overpowers and mashes it with its coils until it stops struggling. The snake might not even bother to do this with small prey but may opt to swallow it while it’s still alive and conscious. There are 11 subspecies. They are:

The Different Types of Eastern Racer

The subspecies of eastern racers often have solid-colored backs and sides and paler ventral areas. Because of this, they’ve been given names such as the blue racer, the black racer, the green racer, or the brown racer. They also predominate in different areas of the country. The buttermilk racer, C. constrictor anthicus is unusual for an adult racer because its scales come in patterns of yellow, gray, green, blue, or black with white or yellow flecks. The snake is likely named for its cream-colored belly. It’s found in Louisiana, southern Arkansas, and East Texas.

C. constrictor oaxaca is the Mexican racer that is found not only in Mexico but in Southern Texas and Guatemala. It is mostly green with a yellow belly. It sometimes lives in the same area and interbreeds with the eastern yellowbelly racer.

Most eastern racers are abundant where they are found, and their overall conservation status is least concern. However, the snake is rare and protected in Ontario, Canada, Louisiana, and Maine.

How To Identify Eastern Racers: Appearance and Description

Eastern racers are long, slender, and fast-moving snakes that range in length from 35 to 75 inches, including their tail. They weigh a little over a pound, and most have solid colors dorsally and are white, cream, or yellow ventrally. Juveniles have darker patches over a lighter ground color that they lose as they mature. The snakes have large eyes with good vision and will sometimes raise their head above the height of the grass to see around them better. While not very aggressive, the snake is sometimes referred to as “mean.” It doesn’t like to be handled, and if it’s handled it will writhe, empty its cloaca and bite down hard and continuously. It will also wriggle its tail among dead leaves or debris to imitate a rattlesnake. Males and females are the same sizes, but the tail of the female tapers.

Eastern Racer Venom: How Dangerous Are They?

Eastern racers are not venomous or poisonous, but they will put up a fight if they don’t want you to handle them, and they usually don’t. They’ll try to twist away, release foul substances, and bite repeatedly. Though the bites aren’t venomous, the snake does have a mouth full of sharp teeth. If they break the skin, you’ll need to thoroughly wash and dress the wound and get a tetanus shot if you haven’t had a booster recently.

Eastern racers are not particular when it comes to their diet. They will eat anything that they can subdue, including squirrels, shrews, small rabbits and turtles, other snakes and lizards, and their eggs. They’ll also eat baby birds and baby mice and rats. Juvenile racers eat insects and other smaller invertebrates. In turn, the snake is eaten by cats, dogs, coyotes, and different types of birds, which makes it a mid-level predator. Eastern racers help humans by eating vermin such as insect pests, rats, and mice. Still, some people kill them because they are afraid of snakes in general, or they mistake the racer for the venomous cottonmouth.

If a racer is pursued, it will use its speed to find cover or climb up a tree. If cornered, it may react so violently that it breaks off its own tail. The strong pattern of juvenile racers helps to camouflage them.

Racers mate in the spring from April to early June, and around July the female lays three to 32 eggs. She’ll lay them in an abandoned burrow or a rotting stump where they can be well hidden until they hatch. Sometimes the racer lays her eggs in a communal site and not just with members of her own species. Racer eggs have an interesting look. They are white, oval, and covered with a substance like salt crystals. The baby snakes hatch in August and September. They can be as long as 14 inches. Males mature after a year or two while females mature after two or three years. The lifespan of the eastern racer is about 10 years, both in the wild and in captivity.

Is an Eastern racer poisonous?

Eastern racers are not poisonous nor venomous, but they will bite if they feel threatened.

Where are Eastern racers found?

These snakes are endemic to North America with a range that’s mostly east of the Rocky Mountains.

How fast is an Eastern racer snake?

These snakes can reach 4 miles per hour, which is very fast for a snake.

They will bite if they are cornered or handled.