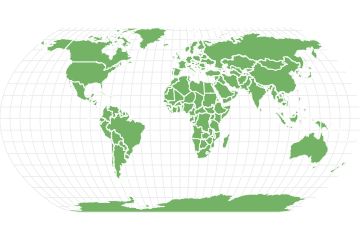 View all of our Blue-Ringed Octopus pictures in the gallery.

View all of the Blue-Ringed Octopus images!

The blue-ringed octopus is a tiny marine animal that is agile, intelligent, and even a bit beautiful, but also remarkably deadly.

The venom is a thousand times more deadly than cyanide, making it one of the most dangerous animals in the world. There is currently no known antivenom for someone who has endured a bite, but fortunately, deaths are exceptionally rare. Given their small size, these are very effective predators.

The scientific name for the blue-ringed octopus is Hapalochlaena. This comes from the combination of two different Greek words: hapalo, meaning delicate, and chlaena, meaning a type of cloak. They belong to the most common family of octopuses in the world, Octopodidae.

The blue-ringed octopus is a small animal, measuring no more than 10 inches when fully extended. It is characterized by yellow-colored skin with up to 25 bright blue rings located around the body. Like all octopuses, their body plan is composed of a large central cavity, called a mantle, and eight arms extending from it; the beak and mouth sit at the entrance of the mantle, where the tentacles meet.

The body itself is composed entirely out of soft tissue. It does not have a skeletal structure (though it does have a skull to protect its brain). This enables the octopus to contort and contract its body in almost every possible way so it can squeeze into narrow crevices and holes where most other marine animals of their size could not fit. Octopuses are remarkably effective escape artists.

It’s often been said that the octopus represents what we might expect alien life to look like. It offers a strange glimpse into how intelligence has evolved in a form of life completely different from our own. Their unique intelligence has given rise to all sorts of complex and fascinating behavior, but curiously, a social system is not among them. These are solitary animals that do all of their feeding and sleeping alone. The only time they come into contact with other members of the same species is when they want to mate.

Octopuses owe their amazing motor skills to the presence of around 500 million neurons, about the same as a dog. But unlike vertebrates, around two-thirds of these neurons are located in the arms and body instead of the brain. The arms can be used to grasp objects, provide tactile feedback, solve problems, and taste and smell their surroundings. While they’re not quite (as some suggest) truly functional minds of their own, there appears to be a complex exchange of information between the arms and the brain that facilitates the movement, so each one can act independently from the other. The arms are truly some of the most exquisitely sensitive instruments in the animal kingdom.

Like many other types of octopuses, this genus has the amazing ability to change color in a flash thanks to the presence of specialized skin cells. Camouflage obviously serves as an important function to hide it from the prying eyes of predators, but the octopus can also change its colors to convey mood. When it feels threatened, the octopus will turn bright yellow and flash its blue rings as a warning to potential predators. They can control these pigments by contracting their muscles in specific ways.

The Small But Deadly Blue-Ringed Octopus

In order to immobilize prey and neutralize predators, the octopus deploys a mixture of several highly potent venoms. Some of these venoms are found in other cephalopods as well, but this species also houses a dangerous neurotoxin called tetrodotoxin. This is the same deadly substance found in pufferfish. Its potency comes from live bacteria stored inside salivary glands. How this symbiotic relationship between the octopus and bacteria arose as one of its adaptations is the subject of some scientific studies.

Once it enters the body (either via a bite or an opening), the toxin blocks nerve signals that control the muscles. The symptoms of its venom, at least in humans, include numbness, paralysis, nausea, loss of motor skills, and vision loss or blindness. Survival depends on how quickly one can obtain medical attention because people can die in as little as 30 minutes from the moment of the bite. Since the venom affects one’s ability to draw in oxygen, the victim has to be put on a ventilator in order to survive, but the long-term prognosis is usually excellent. Curiously, the victim remains completely conscious throughout the entire ordeal. Only the actual motor system is affected.

While even a small fraction of its venom is deadly enough to kill a person, there haven’t actually been any recorded deaths since 1960 despite the lack of any known anti-venom. These are generally shy, non-aggressive creatures that would rather flee than fight. They will only bite if they feel directly threatened. Nevertheless, people should not touch or handle them under any circumstances.

This octopus can be found lingering in the sandy bottoms of shallow tide pools and rocky coral reefs throughout the Pacific Ocean and the Indian Ocean. Its normal locations range between India, Japan, Australia, and the Philippines. Wary of danger, it spends most of the day hiding in crevices, shells, or debris. The only time it comes out is to feed and mate.

Despite its potent venom, the blue-ringed octopus is small, fragile, and wary of predators. Though not currently targeted by the fishing industry, it is sometimes captured for the aquarium trade. Coastal development and marine pollution may also affect them in ways that are as of yet not fully understood.

What eats the blue-ringed octopus?

This octopus is preyed upon by seals, large fish, water birds, and moray eels. If the camouflage or the hiding space fails, then obviously its greatest defensive adaptations against predators are the highly potent toxins. Even consuming this octopus without being bitten is no guarantee against its poison. For this reason, many predators learn quickly to stay away.

What does the blue-ringed octopus eat?

Its diet consists mostly of hard-shelled crustaceans such as shrimp and crabs. It may also feed on small fish when the opportunity arises. It will either immobilize its prey by piercing the body with a bite from its sharp beak, or it will release a large cloud of venom into the water, which will enter the prey’s body through the gills. The tentacles will draw the prey in toward the beak.

Reproduction for this octopus begins with a mating ritual in which the male caresses the female’s body with his tentacles. Once he has established contact, he will grab her body and insert one of his specialized arms (which stores and transfers sperm) into her mantle. Studies have shown that the female can temporarily store sperm (and even choose which of the male’s sperm to fertilize with) until she is ready to lay her eggs. It’s thought that this octopus may mate with multiple partners within a short span of time. The female seems to show a preference for larger males, but the male does not seem to show any preference at all. He will mate with just about any other member of the species, regardless of size or sex. This is implied by the frequent number of male-on-male mounting incidences observed in the wild.

After she’s been fertilized, the female will lay only a single clutch of 50 eggs in her lifetime, normally around the fall season. She will guard the nest with absolute determination for the next several months until the eggs are ready to hatch. Since she does not even leave the nest to feed, the process will greatly weaken her, and she will die a short time later. Males usually die shortly after mating as well. The young larvae develop quickly and reach full sexual maturity within a year. Like many species of octopus, it has a very short lifespan of only about two years. This gives them just enough time to reproduce once before expiring.

Since this octopus is so shy and elusive (and spread out across a wide area), the population size is currently unknown. Three of the four species are classified by the IUCN Red List as species of least concern. The other species (for which only a single specimen is known) is listed as data deficient. Not many facts are known about it.

What is a blue-ringed octopus?

The blue-ringed octopus is a genus of small-sized but highly venomous octopuses with a short lifespan. It is named after the bright blue rings arranged all over the body that warn predators to stay away. Despite its highly effective toxin, this octopus spends most of its time hiding in crevices, rocks, and debris.

This octopus has a carnivorous diet. It feeds exclusively on meat.

Can you touch a blue-ringed octopus?

If you happen to see this octopus in the wild, it is a good idea to avoid contact. They might easily mistake your curiosity for a hostile act, and all it takes is one painless bite to inject their venom, potentially even through suits and clothing.

Where do you find blue-ringed octopus?

The octopus can be found in tidal pools and coral reefs relatively close to the shore.

What do blue ringed octopus eat?

This octopus mostly consumes shrimp, crab, and other crustaceans. It may also feed on fish if the opportunity arises.

Where do blue ringed octopus live?

This octopus is found in various locations all around the Pacific and Indian Oceans.

How big is a blue ringed octopus?

It normally grows no larger than 10 inches from head to tentacle tip.

Why is there no antivenom for blue-ringed octopus?

It’s not entirely clear where an antivenom hasn’t been developed, but it might have something to do with the rarity of bites. Antivenom is costly to make and has a short shelf life. It might not make sense to develop one because deaths are exceptionally rare, and the prognosis with enough medical care is usually good.