This reptile has an S-shaped neck allowing it to pull its entire head into its shell. 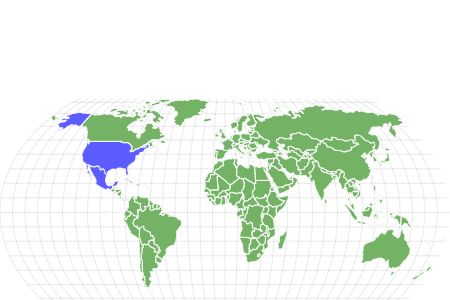 View all of our Box Turtle pictures in the gallery.

View all of the Box Turtle images!

The most notable feature of a common box turtle is its dark brown or black shell featuring a bright yellow pattern. These turtles belong to the American pond turtle family. They live in forests and fields eating insects, fruit, roots, and small amphibians. Like many other types of turtles, these turtles can live a very long time. Though they can have a lifespan of up to 100 years, they usually live to be 30 or 40 years old.

The scientific name of a common box turtle is Terrapene carolina carolina. These turtle species include different types of turtles namely the Eastern, Florida, Gulf Coast, and the three-toed box turtle. These turtles belong to the Emydidae family. Members of this family are sometimes called pond turtles or terrapins. They are in the Reptilia class.

An Eastern box turtle has a dark brown or black shell, aka carapace, with yellow spots on its top. A Florida box turtle’s shell is similar in appearance. Alternatively, an ornate box turtle has a brown shell with slashes of yellow over its top. A turtle’s shell is made up of strong plates called scutes. These reptiles have four legs with five clawed toes on each front leg and four clawed toes on each of their back feet. They have an S-shaped neck making it easy to pull their head into their shell. A male common box turtle’s eyes are usually red while a females’ eyes are brown.

A common box turtle grows to a length of four to six inches. Line up three golf tees end to end. and you have a line equal in length to a six-inch turtle. These turtles weigh from .5 to 2 pounds. If you had one and a half basketballs sitting on a table in front of you, they would be the same weight as a 2-pound box turtle. The largest species of these turtles is the Gulf Coast box turtle. It can sometimes reach a length of 8.5 inches long!

Common snapping turtles don’t belong to the same family as these turtles. Their shell is different in shape and can measure up to 18 inches in length.

The only protection any type of these turtles possesses is its ability to retreat into its shell at the first sign of a threat. It can pull its head and legs all of the way into its shell. Predators have to work very hard to damage the tough exterior of the turtle’s shell in order to retrieve the turtle inside. Plus, the turtle’s shell can repair itself over time. Cracks and broken areas are regrown. So, even if a turtle’s shell is attacked, it can recover if the damage is not severe.

Common box turtles are solitary animals. They are shy and will stay out of sight of humans and other animals if at all possible. If turtles live near one another, it’s usually because there is an abundant food source. A group of turtles is called a bale. A bale may contain as few as three turtles or as many as 13.

These turtles live in the central, eastern, and southern United States as well as in Mexico. These turtles live in moderate to warm climates. The turtles living in areas that get cold in the winter, go into hibernation to stay warm. They seek shelter in a hollow tree or burrow into the ground using their strong back legs.

The habitat of Eastern box turtles includes forests, marshy areas, meadows, and fields. Normally, their range includes a water source such as a pond or stream. Alternatively, ornate box turtles live on prairies and in grassy areas.

These turtles avoid intense heat by looking for food early in the morning on summer days. In the heat of the day, they hide beneath a bush or under a log to stay cool.

These turtle’s feet have webbing allowing them to find food in or near a creek. Their excellent sense of smell assists them when looking for insects or vegetation to consume.

These turtles don’t migrate. But they do move around within their territory which is about the size of a football field.

Though Eastern box turtles are omnivores, they have a different diet at different stages of life. Generally, a baby or young turtle eats insects and small amphibians. Older turtles tend to eat roots, fruit, and flowers.

What eats a box turtle?

Some of the predators of these turtles include dogs, skunks, raccoons, birds, and snakes. Some of these animals have the ability to probe around inside a turtle’s shell to injure and kill the turtle. For instance, raccoons can use their nimble claws to reach into a turtle’s shell. Dogs use their powerful jaws and teeth to crack or break a box turtle’s shell to access the inside. If a turtle is turned over on its back by a dog or other predator, it may die if it’s not able to turn itself back over after the predator leaves.

What does a box turtle eat?

These turtles have a diet of insects, caterpillars, fruit, flowers, roots, and small amphibians.

These small reptiles are threatened by habitat loss and loss of their food source due to construction and land development. When roads are built in this animal’s territory, box turtles pay a high price if they are run over by cars or trucks traveling through.

The conservation status of the Eastern box turtle is Vulnerable with a decreasing population.

These turtles reach sexual maturity around the age of five. Their breeding season begins in the spring and goes through autumn. Males compete for females by battling one another. The strongest male gets to mate with the female. Males can mate with several females in one breeding season. The gestation period of an Eastern box turtle is 50 to 90 days.

An interesting thing to note is a female Eastern box turtle can store sperm for up to 4 years. So, she could mate and lay her eggs three or four years later. The nesting period starts in May and continues into June. Females dig a burrow and lay from four to five eggs there. Some turtles lay as many as 11 eggs! She leaves after burying the eggs beneath the dirt or sandy surface. Box turtle eggs incubate and hatch without any care from the parents. The eggs are around two centimeters long and weigh less than an ounce. While some turtle eggs are leathery to the touch, box turtle eggs have a thin and somewhat flexible shell.

A baby box turtle is called a hatchling. The hatchlings crawl up out of their burrow and must survive on their own at that point. They begin to search for small worms, bugs, and plant life to eat. Baby turtles are vulnerable to predators because of their small size and the fact that they are born with a soft shell that offers little to no protection. Not surprisingly, many hatchlings are eaten before they have a chance to grow a stronger shell they can retreat into when a predator is nearby.

These turtles are prone to respiratory diseases and parasites. Though most of these turtles live to 30 or 40 years old, they have been known to live to the ripe old age of 100!

The population of the Eastern box turtle is less than 10,000. The overall number of these turtles has dropped due to habitat loss and land development. Many turtle deaths are caused when they try to cross roads and are run over by passing vehicles.

The conservation status of Eastern box turtles is Vulnerable with a decreasing population.

Box turtles of all types are omnivores. This includes the Eastern box turtle, Florida box turtle, ornate box turtle, and other varieties.

What do box turtles eat?

These members of the American pond turtle family eat insects such as worms, flies, and caterpillars as well as roots, flowers, and other plant life.

Can you keep a box turtle as a pet?

Yes, it’s possible to keep one as a pet, but it is not recommended. There are people who use the Internet to advertise the price and photos of baby box turtles to entice people to buy them as pets. However, box turtles need very special care in terms of their diet and environment. They definitely need a temperature-regulated habitat. Plus, they like to wander using their sense of smell to find food. Though you can keep one as a pet, it’s best to leave them in the wild where they can better care for themselves.

Will box turtles die if you move them?

They may not die, but it’s highly possible that a box turtle will pay a high price if you move it. Though a person may think they are helping a box turtle by moving it across a road to another area, the opposite is true. Box turtles have a strong instinct to return to a certain territory. They are likely to become exhausted, ill, or even die trying to get back to their original territory.

Can box turtles hurt you?

Yes, an adult box turtle’s bite can hurt you. Just think, they use their jaws to eat insects and plants, so they have the power to pinch a person’s fingers.

No. These turtles feel very vulnerable when being held. You may have seen a turtle moving its legs when it’s being held by someone. The animal is trying to regain its footing on solid ground. Holding them increases the possibility that the turtle will fall and injure its shell. Looking at a box turtle while it’s still on the ground is the best way to observe this amazing animal.

How long do box turtles live?

The average box turtle’s lifespan is 40- 50 years in the wild. However, in captivity, they have been known to live up to 100 years old.