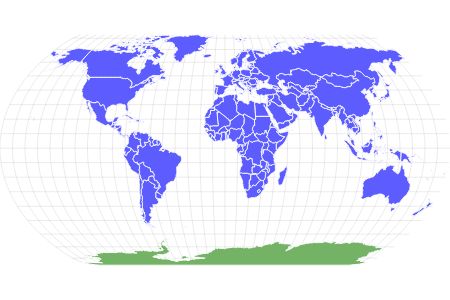 View all of our Common Furniture Beetle pictures in the gallery.

View all of the Common Furniture Beetle images!

The common furniture beetle spends nearly its entire life living in and feeding on wood.

The common furniture beetle is considered to be one of the most annoying wood-eating pests in the world. It bores deep under the surface and waits a year to transform fully into an adult. This article will cover some interesting facts about the identification, diet, and habitat of the common furniture beetle, as well as some pest control prevention and treatment methods to keep them out of the home.

The scientific name of the common furniture beetle is Anobium punctatum. The species name punctatum is Latin for dotted. The beetle family to which it belongs (Ptinidae) includes many wood-boring insects such as the deathwatch beetle. They are some of the most physically destructive beetles in the world.

Appearance: How to Identify the Common Furniture Beetle

The adult common furniture beetle is characterized by a long brown pill-shaped body. Their heads are partially obscured by the thorax, which looks a bit like a monk’s cowl, and can’t be seen from above. One of the most unusual facts about it is that the wing covers (which, when opened, do enable it to fly) also have small rounded pits or grooves running along the entire length.

This species is easy to accidentally mistake for closely related species such as the biscuit beetle and cigarette beetle, but the main difference when it comes to identification is that the furniture beetle specializes solely in wood. Another species for which it’s mistaken is the wood-boring deathwatch beetle, but this species makes a loud ticking sound at night and has a smoother shell.

The longest-lasting and most important part of the beetle’s life cycle is the larval stage. The larva, which commonly goes by the name of wormwood, has a white C-shaped grub-like body. They only measure about a millimeter long after hatching, and it may take them years to fully grow. When the larva is ready to transform, its body is encased in a cocoon.

Habitat: Where to Find the Common Furniture Beetle

The common furniture beetle occurs naturally all over the world. It is attracted to seasoned softwood and hardwood timber with at least 10 years of age. In the wild, this species prefers to infest both deciduous and coniferous trees, as well as ivy. Despite the name, furniture is not necessarily their favorite human habitat. They tend to infest wood flooring, crawl spaces, wood siding, and other moist areas.

Diet: What Does the Common Furniture Beetle Eat?

The common furniture beetle is an herbivore that naturally consumes wood. The technical term for a wood-eating animal is xylophagy.

What eats the common furniture beetle?

Common furniture beetles are preyed upon by numerous animals, including mammals, birds, and other insects. It has few direct defensive measures against predators, but the wood does provide a strong degree of protection for the larvae once they burrow deep. Adults also have the ability to fly.

What does the common furniture beetle eat?

The diet of the larva consists entirely of wood. It consumes the small grains as it bores and bites a hole deep into the surface. By contrast, the adult does not feed at all. It survives long enough to reproduce before it perishes.

Prevention: How to Get Rid of the Common Furniture Beetle

These beetles can be an annoying source of infestation in homes, warehouses, and other buildings. They can do immense economic damage before you’re even aware they exist. If you suspect you’re dealing with a possible furniture beetle infestation, then you should check your furniture, wood paneling, or floorboards for the signs. Perhaps the most obvious sign of an infestation is the presence of small holes, about 1/8th of an inch in diameter, with a fine powder-like substance called frass around the outside. You may not even see the insect at all. Larvae burrow deep, and adults may not appear around the surface until years after an infestation has already taken hold.

Preventative measures are always the best policy because once an infestation has been established, they can be very difficult to get rid of. New timber should be carefully inspected before it’s allowed into the home. Old timber needs to be properly cared for and kept free of moisture. If an infestation has already occurred, then there are a few steps you can still take. Insecticides and sprays such as permethrin may kill some of the beetles near the surface, but depending on how deep the wood goes, they may not penetrate far enough to kill all of the larvae. The other treatment options are either to have a professional deal with it or to replace the infected wood. Neither option may be appealing, but an infestation is difficult to stop otherwise because they can return generation after generation.

The common furniture beetle does not pose any danger to people; they are not responsible for bites or stings or anything of that nature. But they can cause immense economic damage to wood by burrowing holes through the surface. If you have bites on your body, then it’s definitely not a furniture beetle.

How many legs does the common furniture beetle have?

The furniture beetle has six legs like most other insects.

How do you identify the common furniture beetle?

The adult bugs are small, brown-colored, and pill-shaped with a “cowl” covering their heads and grooves on the wing covers. They also have the ability to fly. But identification can be somewhat complicated by the fact that its appearance is similar to other wood-eating beetles in the same family. Perhaps the best way to identify them is to look for the holes and dust in the wood left behind by their burrowing. Unlike the deathwatch beetle, the common furniture beetle does not tap on the wood at night.

How do you get rid of common furniture beetles?

Once it has infested your home, the furniture beetle can be hard to get rid of. Sprays and insecticide treatments may do some superficial damage to these pests, but sprays are unlikely to kill larvae that burrowed deep into the wood. A professional pest control exterminator is one of the better options; they should have all the tools to deal with a large infestation. If the insects have already done too much damage, then you may need to replace some of the furniture or wood.

Furniture beetles are attracted to wood. They can be brought into the home through infested furniture or timber, or they may naturally seek out damp or moist wood on their own.

How do you stop common furniture beetles?

The most effective pest control measure starts with prevention. As long as you keep your timber in good condition, an infestation is less likely to occur. This species is most likely to infest a building when the humidity level is above 60%. Wood moisture below 12% will ensure they cannot establish a foothold in your home or building. They are also most likely to infest sapwood timber. You might want to have wood inspected before it enters the home.

What is the life cycle of a common furniture beetle?

The furniture beetle passes through four different stages in its life cycle: the eggs, the larva, the pupa, and the adult. During the annual mating season, the female lays about 20 to 100 eggs in the cracks or old exit holes of the wood. After about two to four weeks, the larvae will hatch and bore straight through the wood. One of the most interesting facts is that it can remain in the larval form for more than three years, slowly feeding and growing, based on the temperature, humidity, and type of wood. When they are ready to transform, the beetle comes to the surface and creates a cocoon. It takes about two months to reach full adulthood. They survive another two to four weeks, just long enough to reproduce. The entire lifespan can last up to five years at a time.