The Jackabee has an excellent sense of smell. 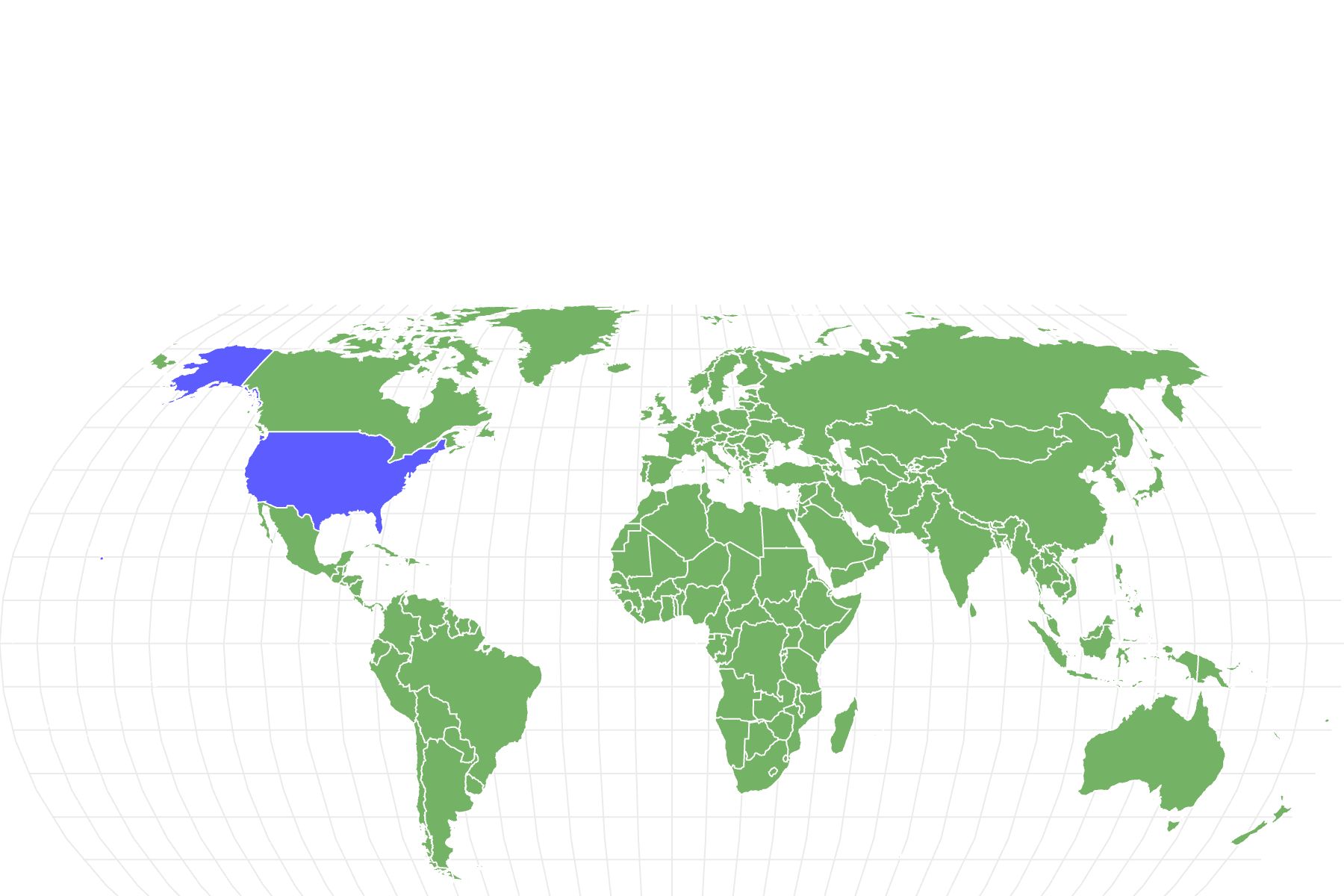 View all of our Jackabee pictures in the gallery.

View all of the Jackabee images!

The Jackabee is a spunky, hard-working, and upbeat little mix with almost endless reserves of energy. It is produced from a cross between a Jack Russell or Russell Terrier and a Beagle. The Jack Russell Terrier is a curious and lively terrier that was developed in the 19th century for the purpose of fox hunting – a very popular pastime among the English upper class at the time. The Beagle is a fun-loving, happy-go-lucky pack hound that originated centuries ago to hunt smaller game animals. While on the hunt, the terrier and hound actually had complementary roles. The terrier would chase the fox out of its den, and the hound would hunt it down and trap it.

As with any crossbreed, the Jackabee will not inherit traits in equal proportion to its parents. Instead, it can inherit traits in many different combinations and arrangements. Most dogs will usually have the body of a Jack Russell and the head of a Beagle with muscular hindquarters, long and floppy ears, and a long tail. The thin, coarse, and smooth coat of fur can come in many different variations, including cream with tan spots, white with beige spots, or a combination of tan, brown, and white.

3 pros and cons of owning a Jackabee

A full-grown Jackabee is a small dog with an athletic frame. Males tend to be slightly larger on average, but both sexes can grow to about the same size.

Just like its two parent breeds, the Jackabee is unfortunately prone to many debilitating conditions, including deafness, anemia, glaucoma, cataracts, ear infections, narcolepsy, hypothyroidism, epilepsy, dwarfism, and cancer. It also has the tendency to suffer from a few developmental or degenerative disorders, including hip dysplasia (a dislocating hip socket, which can cause lameness), luxating patellas (a dislocating knee), Legg-Calve-Perthes disease (a degenerative hip), and intervertebral disc disease (a spinal problem that may cause pain and paralysis).

Another problem you need to look out for is Von Willibrand’s disease, which causes excessive bleeding from an insufficient level of clotting proteins in the blood. Potential owners should never neglect the health of their new dogs; always try to buy from a reputable breeder who screens for health problems and follow up with your vet on a regular basis to catch potential health problems as early as possible. Despite the severity of some conditions, the Jackabee can still live some 10 to 15 high-quality years. In summation, these are the most common health problems that afflict this hybrid dog:

Health and Entertainment for your Jackabee

Don’t let its small size fool you. The Jackabee has a playful, alert, and energetic personality with a rambunctious streak and a mind of its own. Potential owners should be aware that its parent breeds were originally hunting dogs. As such, they were expected to use their intelligence and independence to hunt down and trap prey. This does not necessarily mean the Jackabee is a hunting dog now, but you should still expect the dog to have some hunting instincts intact.

This curious and inquisitive hybrid dog has the tendency to literally follow its nose everywhere and explore its surroundings. It also exhibits some aggression toward small animals, so it shouldn’t be trusted around guinea pigs, rabbits, and similar pets. Some of these instincts can be minimized with good training as a puppy. But owners should also try to focus their energies into fun games and tasks. Otherwise, this dog can easily turn to mischievous and annoying behavior.

How to Take Care of the Jackabee

Despite its small size, the Jackabee is by no means an easy dog to care for. It needs the same amount of exercise as a dog almost twice its size. Nevertheless, this can be a good choice for both novice and experienced owners, thanks in part to the ease with which it can be trained. If you need more information about the particular details of your dog’s care, then you should consult with your vet.

The Best Dog Food for Jackabees

A full-grown Jackabee should be fed about a cup of dry food, high in protein and omega-3 fatty acids. The exact amount of food will, of course, depend on the dog’s age, size, and activity level. Because this hybrid dog does have the tendency to develop some degenerative or arthritic conditions, it should not be allowed to exceed a reasonable weight; obesity can put additional strain on the dog’s body and reduce its quality of life. Consult with your vet to obtain more information about the dog’s dietary needs and also to formulate a good feeding plan.

This dog food has taurine and Vitamin A to protect Jackabees’ eyes, with B12 and omegas that work as antioxidants to support the immune system and help combat infections. The calcium and iron support proper blood coagulation, which is important for Jackabees due to their risk of Von Willibrand’s.

Click the link below to get Wellness CORE RawRev Grain-Free Dry Dog Food on amazon. 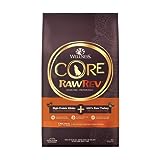 The typical Jackabee should have a hypoallergenic coat that needs to be groomed about once a week with a simple slicker brush and comb to remove some of the loose or dead hair. In order to maintain proper hygiene, you should clean out the ears with cotton and brush the teeth with a canine-specific paste on a regular basis. Baths should be given about once a month to keep this dog free of dirt and grime.

The Jackabee’s inquisitive, intelligent, and hard-working nature should serve it well throughout the entire training process. This mix is eager to learn and follow human commands. However, because of its keen sense of smell, the Jackabee is constantly bombarded by distractions. Owners will therefore need to exercise plenty of time and patience with this mix; you should also consider holding your training sessions in an environment with minimal stimulations.

Positive reinforcement methods such as treats and praise should also work very well to induce your dog to follow your commands. If are you struggling with the entire training process, you might want to enlist the help of a professional trainer.

The Jackabee is an energetic and high-spun dog that needs some 60 to 90 minutes of exercise every single day (equivalent to around 10 or 11 miles every week) to satisfy its need for physical stimulation. This dog will enjoy long walks/runs, playtimes, games, sports, and “earth dog” activity challenges that really allow the Jackabee to flex its considerable hunting talents. It should do very well with a fenced yard in which it can roam around freely and play, but owners will need to keep an eye on this little escape artist since it has the tendency to dig under or jump over fences.

Jackabee puppies need to begin obedience training and socialization within the first few months of their lives. These dogs should be relatively easy to housebreak, but if you’re struggling at all in this regard, then you might want to buy a crate since puppies will almost never soil their sleeping area. A crate can also calm a dog’s anxiety and provide a safe space for it to retreat into. But owners should never treat the crate as a prison to mistreat the dog.

The affectionate and playful Jackabee should be a great friend and companion toward children of all ages. However, it is important to teach smaller kids the proper etiquette with these types of dogs to prevent bad interactions. While the Jackabee may have a high tolerance for roughhousing, it still needs to be treated with kindness and respect.

Dogs Similar to the Jackabee

If you’re interested in a Jackabee, Beagle, or Russell Terrier, then you might consider these closely related hounds or terriers. Here’s some information about them:

As a relatively obscure designer dog, there are not too many examples of famous Jackabees, but both of its parent breeds are quite well-known. In fact, several Jack Russell Terriers have risen to prominence as charismatic and prolific actors. They’ve appeared in the TV show “Frasier” and the Oscar-winning film “The Artist.”

Popular Names for the Jackabee

If you are looking for a good Jackabee name, then you might want to consider the following options:

What is a Jackabee dog?

The Jackabee is a cross between a Jack Russell Terrier and a Beagle. Descending from a strong fox-hunting lineage, these small but athletic dogs are friendly, inquisitive, affectionate, and easy to train. This is also a very explorative mix with a strong sense of smell.

What is the price of a Jackabee?

The price of a new Jackabee should be somewhere between $350 and $750. Dogs with an exceptional pedigree will tend to cost a lot more than average. If price is a concern, then you might want to consider adopting a dog from a rescue or shelter.

How do you train a Jackabee?

The Jackabee should be trained with positive reinforcement methods and plenty of patience. Because of its tendency to become overwhelmed by smells, it’s a good idea to train this dog in a low-stimulation environment.

How much does a Jackabee weigh?

The Jackabee will usually weigh between 15 and 30 pounds.

How much should a Jackabee eat?

A full-grown Jackabee should consume about a cup of food per day. This amount may need to be adjusted slightly based on its energy needs.

Do Jackabees display any aggression?

The Jackabee does not exhibit much aggression at all except toward some smaller animals.