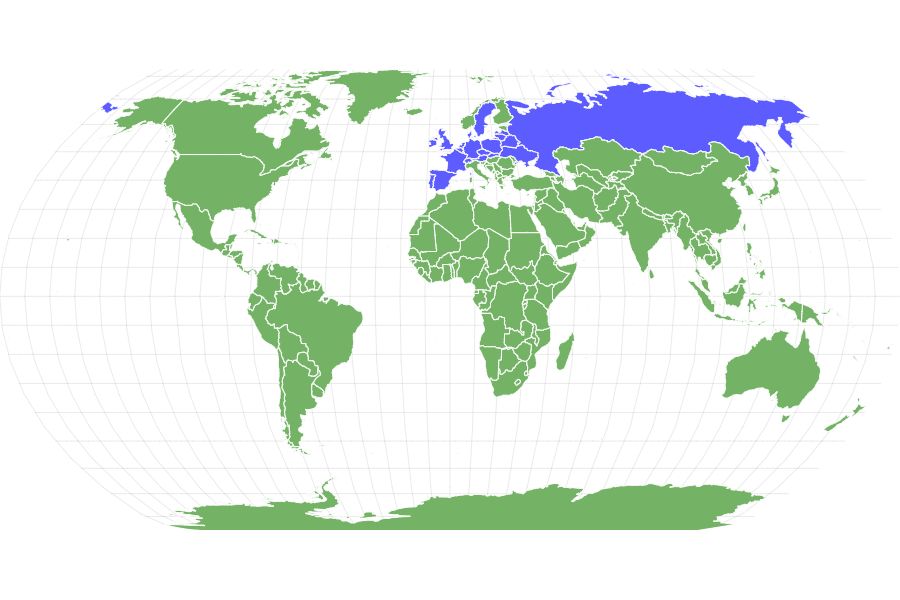 View all of our Natterjack pictures in the gallery.

View all of the Natterjack images!

The natterjack toad is native to Europe. It looks a lot like a common toad with the exception of a vertical yellow line on its back. It’s carnivore eating woodlice, worms, and spiders. These amphibians are active at night looking for prey. Their lifespan is 15 to 20 years.

The natterjack toad’s scientific name is Epidalea calamita. The word Epidalea is the genus of this toad while the meaning of the word calamita is magnetic. This refers to the belief that the moon and its magnetic pull draws, European toads (like magnets) to shallow ponds during mating season.

The nickname of this amphibian is the running toad because of the way it moves. This nickname doesn’t have a literal meaning behind it. Though this amphibian doesn’t actually run, it moves so swiftly it looks like it’s running! It’s a member of the Bufonidae family and is in the Amphibia class.

The wart-covered skin of an adult natterjack features a mixture of colors including green, brown, and cream. The identification of this amphibian is easily done by looking for the yellow stripe down its back. This is one of its most obvious features. Its back legs are also shorter than a common toad’s hindlegs.

At two to three inches long, natterjacks are smaller in size than common toads. A three-inch natterjack is equal in length to one and a half golf tees. Alternatively, common toads can grow to be six inches in size. The heaviest a natterjack can weigh is a little over half an ounce.

Though this amphibian is just three inches long at the most, it has some defenses against predators. For one, its dark colors allow it to blend well into its marshy habitat. Also, it can puff up its body and stretch out its legs to make itself appear larger. This can be enough to scare some predators away. In addition, a natterjack has glands on its head that release a milky poison. When grabbed by a predator like a hedgehog or a heron, the natterjack releases poison causing the predator to let go. Once it’s on the ground, the amphibian can get away quickly by moving in its unique crawling gait.

Another defense of this amphibian is it is active at night. Moving under cover of darkness can help this toad to remain hidden and safe from all of the predators active during the day.

Natterjacks are solitary with the exception of the breeding season when these amphibians gather at shallow ponds. A group of toads is called a knot. Breeding season is when the distinctive male mating call can be heard for up to three miles. Some people think their call sounds like an ‘er, er’ sound. If you watch a male natterjack call to females, its neck expands into a bubble to send the call even further into the distance. This is one of those facts you almost have to see to believe. Furthermore, you’d have to ask a male natterjack for the exact meaning behind its strange-sounding call.

Generally speaking, these amphibians have a shy nature, hiding in marsh grass and under rocks until it’s time to go out and hunt for food at night. They aren’t aggressive creatures.

The natterjack is a European toad. It lives in the coastal areas of Spain, England, France, Ireland, and Germany, to name a few. Their habitat includes sand dunes, marshes, and wetlands. They gather at shallow pools of warm water during mating season. This is where they mate and where females lay their strings of eggs.

If you were looking for this amphibian in a marshy area, you’d probably find some hiding under rocks because these creatures like to dig in the soft sand. Or, you may see one or two sticking their heads up out of the marsh water. However, these tiny creatures blend in so well with the dark water and vegetation around them, you could be looking at one and not even realize it!

These amphibians are nocturnal, so they are out hunting and calling each other at night. They have big eyes and thin pupils giving them good vision after the sunlight disappears. They need good vision to capture the insects they need to nourish themselves.

The life cycle of a natterjack has several stages including egg, tadpole, juvenile, and adult. A natterjack in the tadpole stage eats aquatic vegetation while an adult is a carnivore eating insects of many types.

What does a natterjack toad eat?

Herons, hedgehogs, and foxes are some of the predators of this tiny amphibian. These animals share the same habitat as the running toad and look for food in or near the water. These predators are likely to consume this amphibian’s tadpoles and eggs as well.

In terms of conservation, natterjacks are listed as Least Concern but with a decreasing population. Their numbers are dropping in part due to habitat loss. Their habitat is dwindling as a result of farmland expansion and natural changes in the landscape. They are also at risk of a deadly disease called chytridiomycosis. Chytridiomycosis travels quickly among groups of amphibians. This disease is studied by examining the tissue of a dead amphibian.

The breeding season of this toad begins in March or April and continues into the summer. Males form large groups or knots, in and around shallow ponds. From there, they call for female mates by making a loud, raspy sound. These amphibians have several partners during a breeding season.

Female toads lay eggs in the warm shallow water. This is another one of those facts to help you with identification. While common toads lay two strings of eggs, a natterjack toad lays just one. But, that one string can have up to 7500 eggs! Once the eggs are laid the female leaves her young. It takes eight to fifteen days for the eggs to hatch moving this toad to the next step in its life cycle.

As a note, male natterjacks have been known to sit at the edge of shallow pools where eggs are laid. Some biologists believe these males are standing guard over the eggs and tadpoles. If a smaller predator comes along, a male puffs up its body in an effort to scare the intruder away from the vulnerable eggs.

Natterjack toad babies called tadpoles are less than an inch in size. One of the reasons this amphibian lays so many eggs is there’s a good chance lots of the eggs or tadpoles will be eaten by fish, frogs, and other predators. The more tadpoles there are, the greater the chance some will survive long enough to grow into adult natterjacks.

Tadpoles are less vulnerable to passing predators than the eggs of this amphibian. Tadpoles are able to hide among the floating vegetation in a shallow pond and consume aquatic plants for nourishment.

The life cycle of this toad from egg to juvenile takes about eight weeks. The lifespan of this amphibian is 15 to 20 years.

The population of this amphibian is unknown. It’s listed as Least Concern but is decreasing in number. In the world of European toads, it’s considered rare.

What do natterjack toads eat?

This amphibian in its adult stage eats a diet of spiders, beetles, woodlice, snails, worms, and sometimes dragonflies.

Is the natterjack toad poisonous?

Yes. This toad has glands on its head that release a milky toxin. The toxin flows out and covers a lot of this amphibian’s small body. A predator that picks up this toad is likely to drop it due to the bitter taste of this toxin.

Yes. These amphibians are considered rare. They live in a sandy or marshy habitat. These habitats are slowly being lost in some places due to land expansion and natural changes in the landscape.

Where are natterjack toads found?

They are found in Europe specifically in the coastal areas of Spain, England, Germany, Ireland, and France.

What do you do if you find a natterjack toad?

If you find this toad, it’s best to avoid picking it up or trying to touch it. Trying to capture or pick up this amphibian may injure it or cause undue stress. However, it’s exciting to observe the activities of these amphibians in their habitat. Also, it’s really fun to listen to the call of male toads in the springtime! When one male sends out the call for females, then another follows and another, etc. Soon there’s a chorus of male natterjacks.

What is distinctive about a natterjack toad?

A natterjack toad looks a lot like a common toad. Fortunately, there are a couple of differences to help with proper identification.

Observing this toad reveals another distinctive feature and can help with the identification of this amphibian. A natterjack toad doesn’t hop like a common toad. Instead, it moves quickly on its four tiny feet in a way that looks very much like a crawl.

Yes. They are protected by laws in Europe making it illegal to harm, capture, or move them.

Hopefully, this protection allows for the population of this amphibian to replenish itself one day.

What does a natterjack toad do when it’s threatened?

When this amphibian is threatened, it puffs up its body and stretches its legs out in an attempt to look bigger than its actual size. Biologists call this a defensive position. In addition, it can release a bitter poison from glands on its head in an effort to escape from the mouth or beak of a predator.