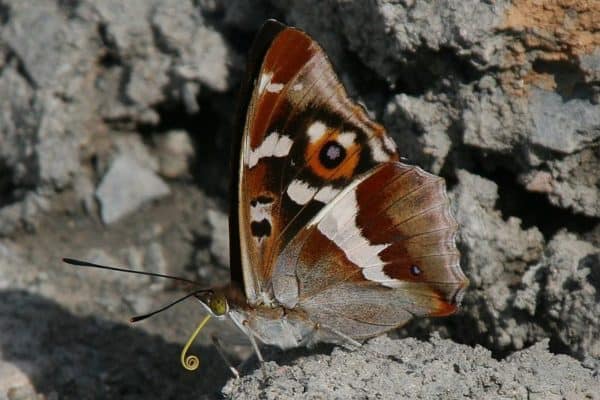 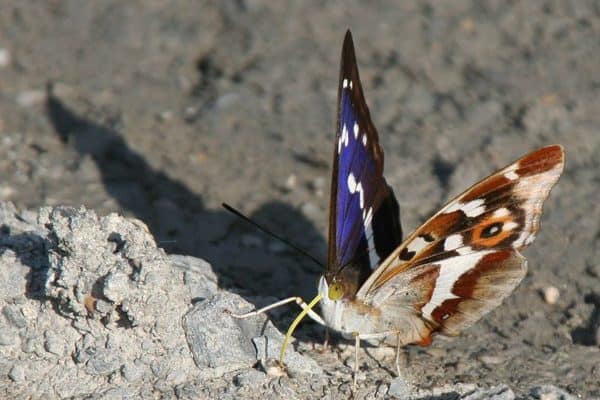 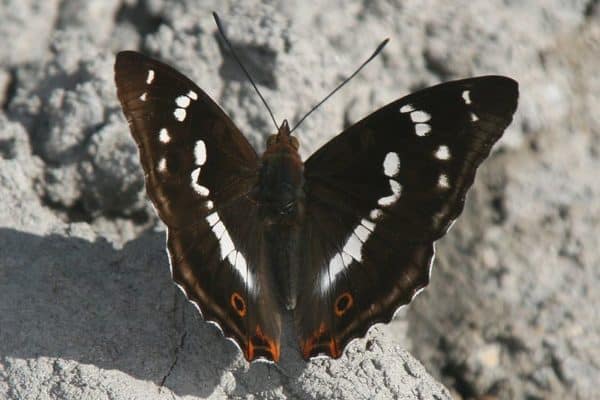 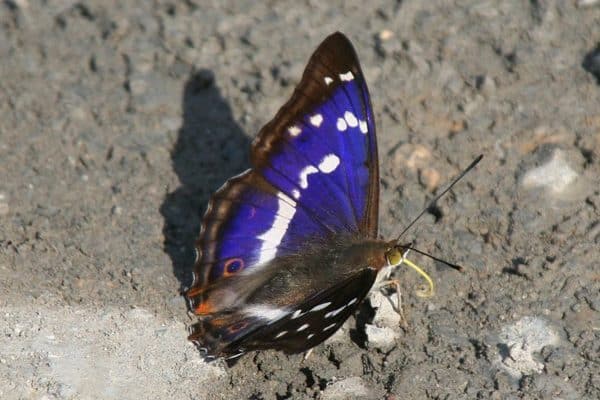 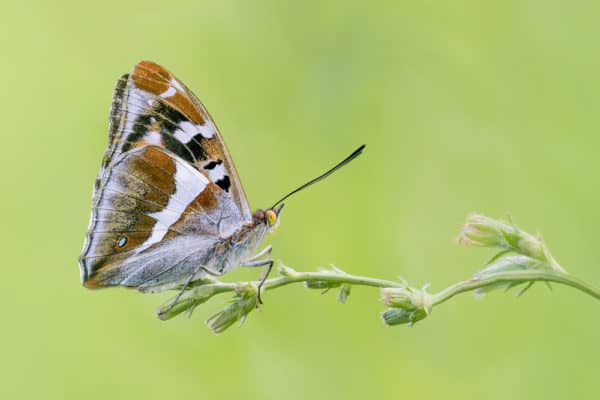 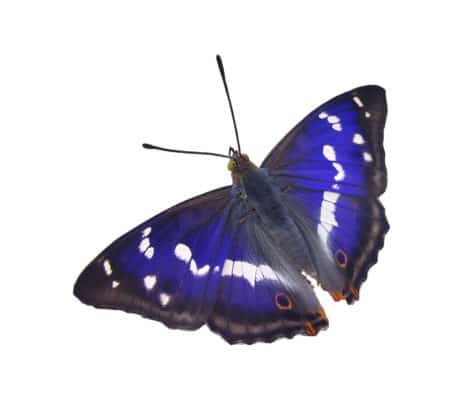 Despite the name, it is only the male purple emperor butterflies that are actually of a purple looking colour. The females purple emperors are much duller in appearance with a generally brown wingspan, a few white markings and a small orange circle on each of its hind wings (the males are very similar only with the added purple sheen).

Female purple emperors spend most of their lives in the tree canopy coming down only to lay their eggs. Male purple emperor butterflies also spend much of their time in the tree tops, defending their territory from rivals, though they will sometimes descend in order to drink from puddles or feed.

Unlike most butterflies, the purple emperor does not feed from flowers but instead on the honeydew secreted by aphids and on dung, urine and animal carcasses, as well as the sap from oak trees.

Today, purple emperor butterflies are threatened in their natural habitats from factors including chemical and noise pollution and even complete habitat destruction in the form of deforestation.