The male red-winged blackbird can sing to attract mates 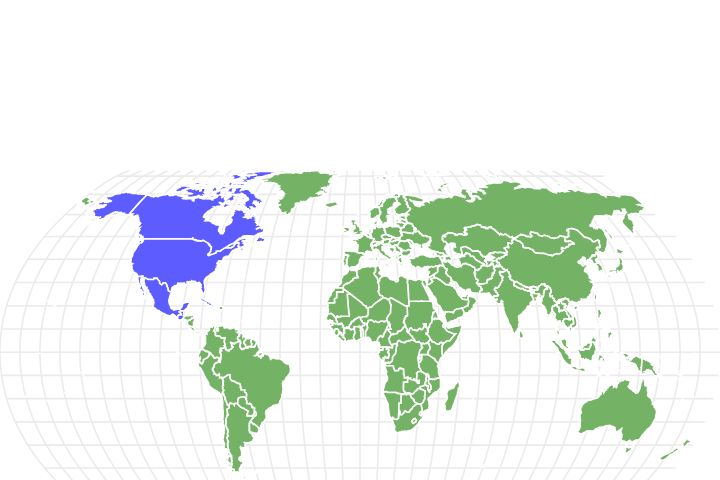 View all of our Red-winged blackbird pictures in the gallery.

View all of the Red-winged blackbird images!

The red-winged blackbird is found almost everywhere across North America except for deserts and mountains.

The male is easily identified by the black glossy feathers and red shoulder patches. Its rich song can be heard every year beginning in the spring. It has also been known to attack people who wander too close to its territory.

Where to Find the Red-winged Blackbird

The red-winged blackbird is native to North America. Depending on the time of the year, it may be found anywhere from Alaska to the Caribbean and Central America. This species lives in a variety of different habits, including open fields and sparse deciduous forests, but its favorite habitat is fresh and saltwater marshes and wetlands.

The red-winged blackbird constructs its nests in rushes, grasses, cattails, sedges, or other tall vegetation. The nest itself is made out of grasses and mosses lined with mud and branches.

The scientific name of the red-winged blackbird is Agelaius phoeniceus. The genus name is derived from an ancient Greek word meaning gregarious; if you’re not familiar with this term, it describes the bird’s highly social behavior. The species name of phoeniceus is a Latin term meaning crimson or red. This species is closely related to other types of American blackbirds.

The red-winged blackbird is characterized by a stout body, broad shoulders, and a slender cone-shaped bill. Like many other songbirds, there is a strong element of sexual dimorphism, meaning the sexes vary dramatically in appearance. The male is covered in glossy black feathers with red and yellow around the shoulders. This patch is thought to an adaptation that can puff up when feeling confident or threatened. It might even be a signal of the male’s aggressive levels. The female, by contrast, is characterized by brown plumage with dark stripes on the underside and white eyebrow markings. While the male is slightly larger, the average length of this species is 7 to 8 inches with a 12 to 15-inch wingspan.

The red-winged blackbird is a highly social species that roost and travels together in large groups. During the day, these groups break up to forage for food and then reform at night. Their behavior changes slightly in the mating season when a male will become a little more aggressive in the defense of its territory and its mates. It has been to attack much larger animals such as humans that encroach on its territory. While both sexes make a variety of different calls to communicate, the male is the only one capable of producing songs; one of the most important adaptations for attracting mates. They learn this song from other males as a juvenile. This species is also quite fast and agile in the air, flying at speeds of up to 30 miles per hour.

Northern populations of the red-winged blackbird migrate in flocks of thousands for the winter toward the southern United States and Central America. Western and southern populations tend to remain in the same place year-round.

The red-winged blackbird has an omnivorous diet. It will spend most of the day foraging on the ground and in trees.

What does the red-winged blackbird eat?

The red-winged blackbird will consume almost anything it can find, including seeds, nuts, grains, insects (like flies and butterflies), snails, frogs, and carrion.

The red-winged blackbird is considered to be a species of least concern by the IUCN Red List. The biggest threat to this species over the last few centuries has been the loss of wetlands to make way for homes and buildings. Like many songbirds, it has adapted well to live near people, but this has sometimes led to accidents and clashes. While the bird is supposed to be protected by the US Migratory Treaty Act, it is sometimes deliberately hunted or poisoned. Natural predation and disease have also led to many premature deaths every year.

What eats the red-winged blackbird?

The red-winged blackbird is preyed upon by raccoons, minks, owls, wrens, magpies, and birds of prey. It has evolved several adaptations to deal with predators, including the ability to conceal its nest in tall vegetation and roost in large groups.

The blackbird’s mating season usually lasts between early spring and mid-summer. The male bird has evolved adaptations to initiate courtship with his elaborate song and a visual display involving the flapping of wings. A single male will normally have about five females in his territory to mate with. He is quite aggressive about defending his territory and will attack anyone who comes within the boundaries. The nest is built at some point in March to May (or even earlier in the south) near a marsh or other moist area.

After copulating, the female will produce three to seven eggs per clutch with multiple clutches per breeding season. The development of the young is very rapid. The chicks hatch after about a week and start flying in 10 to 14 days. By the two or three week mark, they are already independent. The female bears most of the responsibility for raising the young, but the male does take part in feeding them when the mother is absent and also defending the territory. Due to predation and disease, the red-winged blackbird only lives for an average of about two years in the wild. If it can avoid an early death, then it has a more reasonable lifespan. The oldest known member of this species lived nearly 16 years.

The IUCN Red List currently estimates that there are 210 million individual red-winged blackbirds alive in the wild today. However, numbers appear to be in decline.

Does the red-winged blackbird migrate?

Northern populations migrate toward the southern United States and Central America for the winter, but populations in the west and south do not migrate.

How many eggs does the red-winged blackbird lay?

The female lays three to seven eggs per clutches with multiple clutches per year.

How fast does the red-winged blackbird fly?

The red-winged blackbird can achieve a maximum speed of 30 miles per hour.

What is the red-winged blackbird’s wingspan?

This species has a wingspan of around 12 to 15 inches.

When do red-winged blackbirds leave the nest?

The red-winged blackbird is not rare. It’s actually one of the most common birds in North America.

What does it mean when you see a red-winged blackbird?

The blackbird is often a symbol of spring, but in some cultures it’s seen as an omen.

A female looks a bit like a sparrow. It has brown plumage with black markings on the underside and white markings around the face.

Where does a red-winged blackbird live?

This species lives in swamps, woodlands, and even grasslands all across North America.

What do red-winged blackbirds eat?

The red-winged blackbird eats almost anything it can find, including seeds, nuts, insects, and frogs.