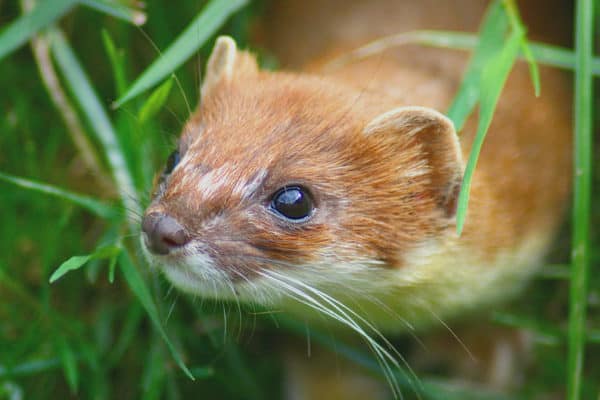 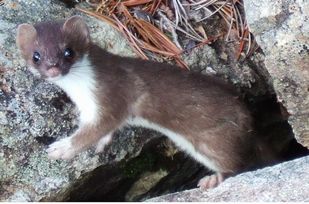 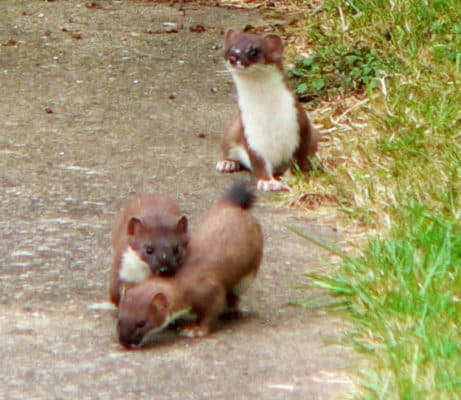 Stoats are found inhabiting a variety of habitats including moorland, woodlands, farms, coastal areas and even mountainous regions across the Northern Hemisphere. Stoats are found across Europe, Asia and North America and stoats are even spotted inside the colder Arctic Circle.

Stoats are relatively small in size ranging from 18cm to 32cm in height and weighing an average of 200 grams. The stoat has an average lifespan of between 4 and 5 years, although some stoat individuals can be much older and others can die at a much younger age.

Stoats are solitary animals and are not generally not territorial. The only exceptions for both of these lifestyles are during the breeding season when stoats come together to mate and the female stoats are known to become territorial during this time, probably so that the female stoat is able to protect her young.

The stoat is a carnivorous animal meaning that the diet of the stoat consists only of other animals. Some stoat individuals however, have been known to eat fruit but these cases have all been observed using stoats that are in captivity. Stoats prey on a number of animals including rodents, fish, eggs, insects, small reptiles and amphibians. The stoats favourite meal however is the rabbit despite the fact that the stoat is generally much smaller than a rabbit. It is for this reason that stoats are often introduced to places in order to control rabbit pest problems.

As the stoat is small in size, it is preyed up by a number of larger animals in the wild including foxes, dogs, wild cats and large snakes. The stoat is often able to defend itself against smaller sized predators as the stoat has extremely sharp teeth which can issue a nasty and painful bite.

A female stoat rarely has more than one litter of babies in her short lifetime. Stoats breed in the warmer months of May and June but there is a delayed reaction in the uterus of the female stoat meaning that the embryos don’t begin to develop for a number of months. After this time, the baby stoats (known as kits) are born within a month, and the female stoat gives birth to a litter of between 5 and 15 stoat kits.

Despite the fact that the stoat is today considered to be a species that is not threatened with extinction, there are concerns regarding the decline in stoat populations due to habitat loss. The stoat has also been hunted by humans over the years mainly for it’s fur but also for it’s meat.