There are two different types of white ferrets! 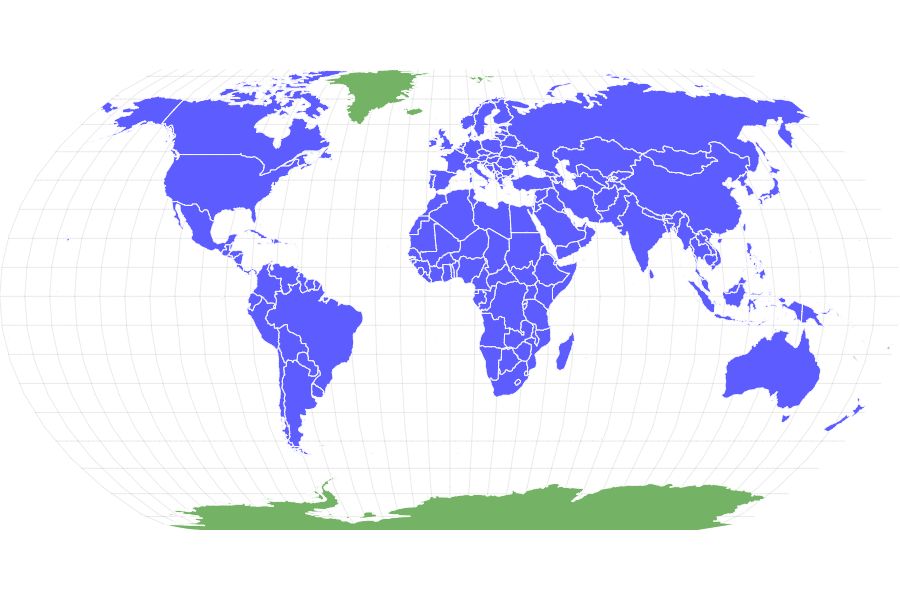 View all of our White Ferret / Albino Ferrets pictures in the gallery.

View all of the White Ferret / Albino Ferrets images!

The emergence of white fur, like the white Ferret, in nature is often a rousing success or a lethal failure and rarely little in between.

The snowshoe hare — which shows off white fur to hide in the snow during the winter and a browner coat in the off-seasons — has learned that even in the right environment, white isn’t always a good look. But the common ferret is unique in that white incidence of the species has actually been bred into members of the species intentionally and for purely aesthetic purposes. And since the common ferret is a distinct subspecies of the European polecat with no wild counterparts, predators don’t factor into the survival of white members of the species. In fact, white ferrets can actually take two forms: fully albino ferrets and those that simply possess all or mostly white fur.

Since they’re just regular ferrets with either an instance of albinism or a dark-eyed white coloration, white ferrets don’t have a distinct species name — but the scientific name of the common ferret actually tells us a lot. The taxonomic identification for this species is Mustela putorius furo, and that technically makes ferrets a subspecies of their direct ancestor the European polecat (Mustela putorius). As members of the genus Mustela, both European polecats and common ferrets are part of the weasel family (Mustelidae) and are related to the mink and stoat. The white ferret’s taxonomy tells us a lot, but we can also learn quite a bit by translating the Latin.

Apart from their coats, these cute ferrets are indistinguishable from their darker and more colorful counterparts. The difference is merely one of pigmentation. There are some points of differentiation between the two distinct types of white ferret though. The easiest point of identification is the eyes. Albinism causes ferrets to develop bright red eyes, while dark-eyed ferrets aptly enough have black eyes. Dark-eyed ferrets will sometimes have slight coloration or patterns in other colors or shades, and that can be another sure sign that you’re not dealing with an albino ferret. While short-haired ferrets are the most common breeds, you can also find albino and dark-eyed white ferrets with long hair or even afghan fur.

White ferrets are the same as ferrets in terms of behavior — energetic and mischievous creatures with slinky and agile bodies that allow them to sneak practically anywhere and climb onto any surface. Being white at least means that you can potentially find where they’re hiding more easily. It is important to keep in mind that ferrets are wild animals and obligate carnivores who can be easily scared. This is something to be doubly cautious about when dealing with a white ferret. Albino ferrets are often hard of hearing because of smaller components in their inner ear, and the lack of pigmentation in the lens of their eyes leaves them with terrible vision. Dark-eyed white ferrets are also one of the variations more prone to deafness acquired by a condition known as Waardenburg Syndrome. You may need to adjust your behavior to avoid scaring white ferrets as a result of these sensory limitations.

If ferrets were to live in the wild, they’d likely follow the instincts they inherited from the polecat and either dig burrows to hide in or abscond with burrows left behind by moles, rabbits, or snakes. They still adore digging through anything, and many human companions of ferrets make sure to equip their habitats with plenty of different materials to burrow into. Habitats should generally be 2′ x 2′ x 3′ and include a secure door. Ferrets are known for being escape artists, and white ferrets are no exception. When dealing with albinos, you should be especially aware of the lighting since they’re especially photosensitive.

The facts are that the ferret we know today never had to exist in anything resembling the wild, but they once served a purpose as more than just mischievous companions and itinerate thieves. Five centuries before the beginning of the Common Era, ferrets were initially tamed to hunt rats, mice, and rabbits. That’s also where they got their high sense of energy. Ferrets were voracious hunters with long and flexible bodies that allowed them to chase their prey into burrows and holes. They aren’t quite such capable hunters now, but that legacy makes a convincing argument for feeding raw meat like chicken and beef or even live meals to a ferret. There are also a number of different dry food brands catered to the needs of ferrets as well as an extensive selection of treats.

While their fellow domesticated animals can breed and procreate after being released into the wild, the closest relative to the ferret to live in the wild is the European polecat. And unless they’re long-haired and left in the snow, their white fur is only going to make them an obvious target for predators. In the average neighborhood where pet ferrets are kept, this could mean everything from birds of prey like hawks and eagles to wild scavengers like coyotes and foxes to house cats and pet dogs.

While some convey the red eyes and white fur of albino ferrets with sickliness, these cute ferrets don’t actually have any distinct vulnerabilities to disease or negative health conditions. The average ferret is fully weaned after three to six weeks and will reach sexual maturity around the age of six months. The lifespan of a white ferret is the same as the lifespan for any other ferret — seven to ten years. Ferret mating season falls anywhere from the spring to the summer, and a mother can give birth to as many as seven kits in a litter. Since ferrets are a fully domesticated breed with no actual predators, the population could quickly grow out of control if not for conscientious breeding habits from humans.

While there’s no global estimate on the population size for either albino or dark-eyed white ferrets, the prices associated with these pets can tell us a decent amount about how rare they are in the overall ferret population. Both types of white albinos can sometimes be found for $50, making them among some of the more affordable choices. In the wild, these sorts of traits would be rare — but we’ve been thousands of years meticulously breeding these traits through one generation after another. There are believed to be at least five million pet ferrets in the United States today, and neither the subspecies nor its white-coated members are going anywhere anytime soon. But the related black-footed ferret is another story. With a population that hovers around 300, they’re the most endangered mammal in North America.

White ferrets are obligate carnivores, which means that they require nutrients that can only naturally be found in meat to survive. Despite this, many pet ferrets enjoy the occasional vegetable, fruit, or dairy treat.

What qualifies a ferret as albino?

While white ferrets do exist that aren’t albinos, albino ferrets possess a genetic disorder. Albinism reduces the amount of pigmentation a creature produces, resulting in white fur and red eyes. Many breeders have selectively bred albinism out of a demand for uniquely cute ferrets, and the trait isn’t particularly rare anymore.

How much is an albino ferret?

An albino ferret from a breeder can cost anywhere from 50 to 150 dollars. That makes these ferrets with a rare disorder one of the cheaper choices. You could pay as much as $500 for a rare cinnamon ferret.

Where can I buy an albino ferret?

If you want an albino ferret, your best bet is to go to a breeder. Just be sure to carefully vet their credentials to make sure that they’re humanely breeding and raising their animals.

Are all white ferrets albino?

Albino ferrets are identifiable by their bright red eyes, but dark-eyed whites are a popular alternative. Their fur is mostly or completely white, and it’s the result of a natural expression of pigmentation genes rather than a genetic disorder.

How rare is an albino ferret?

While the facts about albinism rates are a bit ambiguous and can vary by species, rates of albinism in the wild are estimated to be anywhere between 1 in 20,000 and 1 in a million. But thanks to conscious breeding efforts of domesticated ferrets, albino ferrets are generally quite common.

What do albino ferrets eat?

Albino ferrets eat the same food that any other domesticated ferrets do. As obligate carnivores, they need a diet that’s about 35% protein and 20% fat. The healthiest approach for a ferret’s diet is to feed it raw meat, although there are a number of dry food options for ferrets as well.

Though their small inner ear leaves many albino ferrets hard of hearing, they’re not often deaf. You’re actually more likely to find a deaf ferret by investing in a dark-eyed white, as these ferrets are particularly prone to a condition known as Waardenburg syndrome associated with deafness.

All ferrets are prone to vision issues, but the lack of pigmentation in an albino ferret’s eyes can leave them especially vulnerable to bright or harsh lighting. While you should be especially sensitive about mood lighting in your home if you have an albino ferret, blindness doesn’t need to be a primary concern.