Discover The 10 Largest Animals In Hawaii, and Where You’ll Find Them

The state of Hawaii is located 2,000 miles from the US mainland in the Pacific Ocean, where it is made up of a group of volcanic islands. The islands and the surrounding waters are full of wildlife, and Hawaii is home to more endangered species than any other US state. Many of these are also endemic to Hawaii, which further adds to the tenuous nature of their survival. Join us as we learn about some of the largest animals in Hawaii and where you’ll find them.

Very few mammals are native to Hawaii, but one of the largest is the endangered Hawaiian monk seal, the only seal native to Hawaii. These seals have slender bodies and are grey with white bellies. Females are usually larger than males and can reach 8 feet long while weighing up to 600 pounds. Hawaiian monk seals spend approximately two-thirds of their lives at sea. They are endemic to Hawaii and live mainly around the northwest islands. Kauai is the best place to spot them as it is near to their prime feeding grounds. Hawaiian monk seals prey on bony fish, crustaceans, and some octopuses. Sharks are their main predators – particularly tiger, Galapagos, and great white sharks.

With their stunning bright green coloration, Madagascan giant day geckos are easily recognizable by their stunning bright green bodies. They also have a small red stripe extending from the nostril to the eye, with many also having red markings on their backs. Madagascan giant day geckos are widespread through their native Madagascar but have been introduced to Hawaii. Although they can live in a range of habitats, they prefer tropical rainforests, and in Hawaii, they are most often found in Oahu. These geckos are usually 9 to 11 inches long and eat various fruit, insects, and small lizards.

One of the most breathtaking fish in Hawaii is the powerful blue marlin which commonly inhabits the waters around the islands. Blue marlin can reach approximately 16 feet long and weigh around 1,800 pounds, with females being much larger than males. Blue marlins are usually silvery white on their underside and dark blue on their upper side. Their long sword-like bill easily distinguishes them. Blue marlin often uses their bill to catch or stun their prey. They prey on a variety of fish, squid, and dolphins. Blue marlins are highly prized as game fish because they are such fast and strong fish.

One of the largest birds in Hawaii is the wild turkey, weighing as much as 24 pounds. Despite their large size, they are actually accomplished fliers and quick and agile in the air. Wild turkeys are typically black with a red head and throat. They tend to live in open woodlands and pastures where they can forage on the ground. Wild turkeys are omnivores and eat a wide variety of nuts, seeds, berries, insects, amphibians, lizards, and small snakes. Wild turkeys are widespread across the Hawaiian islands and are now an important game bird species.

Also known as the stinkless stink bug, koa bugs are endemic to Hawaii, where they are the largest insect on the islands. Koa bugs are approximately 1 inch long and can be a variety of colors, although red and green are particularly common. They usually live on koa trees and a’ali’i bushes, upon which they feed on sap and nectar. Although koa bugs were once extremely common in Hawaii, their numbers are now greatly reduced. The only Hawaiian island they are still common on is Big Island.

Although there are no native snake species in Hawaii, there are still several species of snakes in the state. These are all introduced, and many of them are highly invasive. The largest of these is the massive boa constrictor which can reach lengths of up to 13 feet. Boa constrictors are usually brown or grey with brown or reddish brown markings. They are highly adaptable and can live in a variety of different habitats, which is one of the reasons that they are so invasive. The other reason is that they prey on a wide range of animals – from birds to medium-sized mammals. In Hawaii eat virtually anything they come across and have no natural predators.

The largest fish in Hawaii – and indeed the world – is the huge whale shark which reaches 72 feet long and weighs an estimated 41,000 pounds. Whale sharks are filter feeders and mainly eat plankton, small fish, and squid. As filter feeders, they don’t have typical functional teeth; instead, they have small vestigial teeth and “filter pads” in their mouths. These are used to catch their prey as they filter the water back out over their gills – much like how baleen whales eat. To help them take in great mouthfuls of plankton, whale sharks have massive wide mouths up to 5 feet across. Whale sharks are an endangered species, and although historically sightings of them in Hawaiian waters have been rare, scientists now believe that their population in the area is increasing.

Many whales and dolphins call the water around Hawaii their home, but undoubtedly one of the largest is the humpback whale. Humpback whales are typically 46 to 56 feet long and can weigh an immense 80,000 pounds. These massive whales are baleen whales. This means that they are filter feeders – using their huge baleen plates to catch food sucked into their mouths while the water is filtered back out. Incredibly, despite their size, humpback whales prey only on some of the smallest organisms in the ocean, such as krill and small fish. Humpback whales are found all around the world and are a highly migratory species, often migrating around 10,000 miles every year. They often frequent the Hawaiian waters. In fact, the Kohala Coast is considered to be one of the prime whale-watching spots to see them. 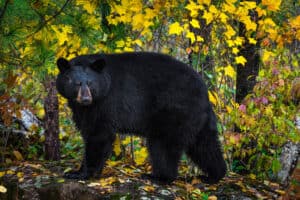