This is How Dogs Get Rabies, and What to Do If They Catch it

Written by Kirstin Opal
Updated: May 22, 2022
© iStock.com/arun011
Share this post on:
More Great Content:
Dogs With The Highest Bite Force
This Prankster Coyote Wasn’t Ready for a…
The 10 Most Dangerous Dog Breeds in…
Belgian Shepherd vs German Shepherd: 5 Key…
The Top 8 Oldest Dogs Ever
American Bully Vs American Bulldog: Is There…

Rabies is a disease that affects the brain and spinal cord and is irreversible. Rabies may infect any species, including dogs, cats, and people. While rabies can be prevented and even treated if found early, once symptoms show, the virus is lethal.

To keep everyone in your home safe, whether your children or furry friends, we’ve designed the ultimate guide on how dogs get rabies and what you can do as a pet parent if they get this damaging disease.

How Can Animals Get Rabies?

When one sick animal bites another animal or a human, the virus spreads. Other methods of transmission are uncommon. In Europe, foxes are the most common source, whereas, in North America, skunks, foxes, raccoons, coyotes, and bats are frequent carriers. The major source in Asia, Africa, and Latin America is stray dogs, not wildlife.

Infection in humans and death are more prevalent in these places. The rabies virus penetrates the host animal’s peripheral nerves reproduces and travels to the salivary glands just after a bite. The infection is released in the saliva in this case.

The rabies virus can’t live outside of a mammal’s body for very long. Because rabies is spread by saliva, it is most commonly transmitted through a bite wound from an infected animal. Rabies can enter the bloodstream when a bite breaches the skin. It can also transmit through an open wound that has been subjected to an infectious animal’s saliva, commonly by licking.

While rabies may be passed between pets, exposure to wild creatures such as bats, squirrels, and foxes is the most common cause of rabies in dogs. Each year, between 400 and 500 instances of rabies in household pets such as dogs, cats, and rodents are documented. Because rabies is 100% avoidable with vaccination, it isn’t very frequent in dogs in the United States.

Symptoms Of Rabies in Dogs

The first signs of rabies may appear gradually and be difficult to identify. Fever, as well as decreased energy and hunger, are among the symptoms. Rabies symptoms usually increase swiftly after two to four days and include limb weakness or paralysis, convulsions, trouble breathing, hypersalivation due to difficulties swallowing, and aberrant behavior.

The furious form of rabies is the classic “mad-dog” syndrome, although it is seen in all species. The animal becomes irritable and may viciously and aggressively use its teeth and claws with the slightest provocation.

The posture is alert and anxious, with pupils dilated. Noise can invite attack. Such animals lose fear and caution of other animals. Young pups seek out human companionship and are overly playful, but will bite even when petted and become vicious within a few hours.

Extreme hostility, sadness, or coma are all examples of behavioral changes. There are two types of rabies in the classic sense: furious and paralytic. Affected dogs may exhibit symptoms of one or both kinds. Dogs might become hostile and deluded if they enter the angry phase.

They may appear to be hallucinating and assault their environment without warning. Dogs begin to acquire paralysis of numerous muscle systems during the paralytic phase. They frequently lose their capacity to swallow, resulting in hypersalivation and mouth foaming, which some people see as a characteristic indication of rabies virus infection. After paralysis or persistent seizure activity, coma and death follow.

How to Diagnose Rabies in Dogs

A direct fluorescent antibody (DFA) test, in which pieces of brain tissue are taken and examined, is the only approach to conclusively confirm rabies. A state-approved laboratory conducts the test, which can only be done on canines that have died or been mercifully terminated.

The clinical symptoms and patient history are used to make a rabies diagnosis in live animals. In locations where rabies is not widespread, confirming the virus might be challenging. The virus’s early stages might be mistaken for various medical disorders.

Humans and other animals near an infected dog are both susceptible to the rabies virus. It is transferred in the same way to people and animals, by saliva from a bite wound. If a wild animal or a bat bites you or your dog, they should be treated as rabid and medical help should be found quickly.

If a domestic animal bites you or your dog, practically every state requires that the animal be kept under surveillance and quarantined for ten days. Since a rabies-infected animal may only spread the disease once clinical symptoms have emerged, a 10-day quarantine is required.

If no symptoms appear after the 10-day isolation, the dog is unlikely to have transferred rabies to you. If an unvaccinated dog gets bitten by another animal, the owner may be obliged to quarantine the dog for up to six months, depending on the state. Quarantine is normally done at the owner’s cost in an accredited animal control facility.

Because the incubation time for rabies is generally shorter than six months, this isolation ensures that the unvaccinated dog did not get the disease before it is permitted to interact with pets and people again.

Getting Help After Exposure

The prompt care of a bite victim following rabies infection is known as post-exposure prophylaxis (PEP). This keeps the virus from entering the central nervous system, which would result in death. PEP is made up of the following components:

Immediately after a possible infection, extensive cleaning and local therapy of the bite site or scratch; a course of powerful and efficient rabies vaccination that satisfies World Health Organization (WHO) criteria; and, if needed, the delivery of rabies immunoglobulin (RIG). Treatment should be started as soon as possible after rabies virus exposure to prevent the onset of complications and death.

The best approach to keep your pet safe from rabies is to vaccinate them on a regular basis. In fact, in many places, rabies immunization is required for dogs.

Immunization benefits your dog in a variety of ways. Vaccinating your dog not only protects them from rabies but also shields them if they bite someone. If your pup bites other animals or a person, the first thing that will be asked is whether or not Fido is up to date on their vaccinations.

You could eliminate the risk of rabies transmission by showing that your dog has received the rabies vaccine. If your dog’s vaccines aren’t up to date, he or she may be confined or possibly killed because of the hazard. Canines that have bitten people must be quarantined for at least 10 days to check for rabies.

Limiting interaction with wild animals is another way to avoid contracting rabies. Keep your pets on a leash and be mindful of your environment at all times. Free-roaming animals are more likely to come into touch with animals in the wild and become infected with rabies.

Rabies vaccinations are exceedingly safe and efficient when administered before the virus enters the neurological system of the dog. Despite taking precautions to avoid contact with rabid animals, it is nevertheless possible to come into touch with them.

Remember that animals infected with the rabies virus shed the virus before showing any symptoms of sickness, thus vaccinating your pets is essential. Bring your dog to the vet right away if you fear he or she has been exposed to rabies. If your dog hasn’t been vaccinated against rabies, now is the time to make an appointment with your veterinarian. 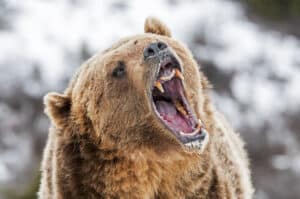