The Largest Owl in the World

feathercollector/Shutterstock.com
Share this post on:
More Great Content:
The Top 9 Largest Flying Birds in…
Top 9 Largest Eagles in the World
The Top 10 Largest Birds of Prey
Types of Hawks In Iowa - With…
What Do Ducklings Eat? 13 Foods for…
What Do Crows Eat? 15-Plus Foods They…

Owls are birds known for their massive front-facing eyes and for the capability to rotate its head 270 degrees. These predatory birds regularly and successfully hunt a variety of animals, including insects, other birds, rodents, and even fish, depending on the type of owl. Today, we’re going to look at the largest owl in the world.

We’ll show you which owl species is the biggest, where it lives, and how it compares to some of the other large birds in the world.

Owls are somewhat small birds, standing less than two feet tall in most cases. Most people know them by their large, alert-looking, front-facing eyes, and hooting calls.

Owls have abnormally large wings that help them achieve great speeds or stay aloft at low speeds when flying. Many species of owls have wings with features to help them stay silent as they stalk prey.

For example, they have down feathers on their wings and legs along with comb-like fringe feathers that reduce the sound made when they flap. However, they do not have to flap as often as other birds due to the small size of their bodies relative to their wings. Some owls, like those that hunt fish, do not have these sound-dampening elements on their wings.

Although we think of owls as strictly nocturnal, that is not always true. Some species sleep during the day, but other species, like the northern hawk owl, hunt during the daytime. The snowy owl is known as a crepuscular creature, one that hunts during pre-dawn and twilight hours.

What Type of Birds Are Owls?

Owls are considered raptors, according to experts, including the National Audubon Society. Owls are clearly predatory and share many other features with other raptor birds. Let’s take a brief look at why owls are raptors.

For all these reasons, owls are considered deadly raptors. However, they are certainly not as large as other birds of prey. The owls join the company of hawks, eagles, falcons, and other predatory avian creatures.

What Is the Largest Owl in the World?

The weight of this species ranges between 6.5 lbs and 10.1 lbs, with the females of the species weighing more than the males. The body of the owls ranges in size between 24 and 28 inches, and therein lies a bit of trouble when we consider the largest owl in the world.

For example, the great grey owl can measure anywhere between 22 inches and 33 inches in length. Its wingspan can reach about 5ft in length, too. Yet, these owls weigh less than Blakiston’s fish owls. They only weigh about 4.19lbs at maximum, with an average weight just over closer to 3lbs.

Considering that Blakiston’s fish owl has a larger wingspan and greater weight, we’re going to consider it the largest owl. However, the great grey owl is certainly the longest in the world.

Where Does the Largest Owl in the World Live?

Blakiston’s fish owl lives in Japan, China, and parts of Russia. Unfortunately, they are endangered, with only a little over a hundred breeding pairs left in Japan and perhaps a few thousands worldwide. Groups in Japan and Russia are leading the way in monitoring and conserving these owls. Yet, their numbers continue to dwindle.

The owl is named for Thomas Blakiston, an English naturalist who “discovered” the owl in Japan in 1883. As the owl’s name suggests, this bird of prey prefers to hunt fish. It will hunt catfish, salmon, lamprey, and other fish. Blakiston’s fish owl lives in forested areas near water. When they hunt, the owls will typically forage for fish in shallow rivers, or they will wait by the riverside for something to move in the water.

When they spot prey, they will typically grasp them with their toes and talons and fly off to consume the catch.

What Are the Other Largest Owls in the World?

Snowy owls are also very large, even though they do not weigh much. They only weigh 4.5 lbs and have a wingspan of about 4.4-4.8 ft. That measure makes it clear just how much larger Blakiston’s fish owl is over the others.

Owls are often thought of as a symbol of intellectuals. The truth is that they are savvy killers that are just adept at killing and eating other creatures as other raptors. Yet, owls tend to be much smaller than other raptors. As such, they don’t use their bodyweight or immense power to slam into and kill their prey.

Nevertheless, they are cunning and have all the tools required to finish their prey, no matter if it is a fish, insect, or mammal.

🐦 Bird Quiz – How Well Do You Know Our Feathered Friends? 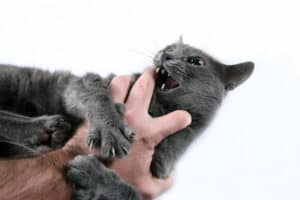