The males raise the young 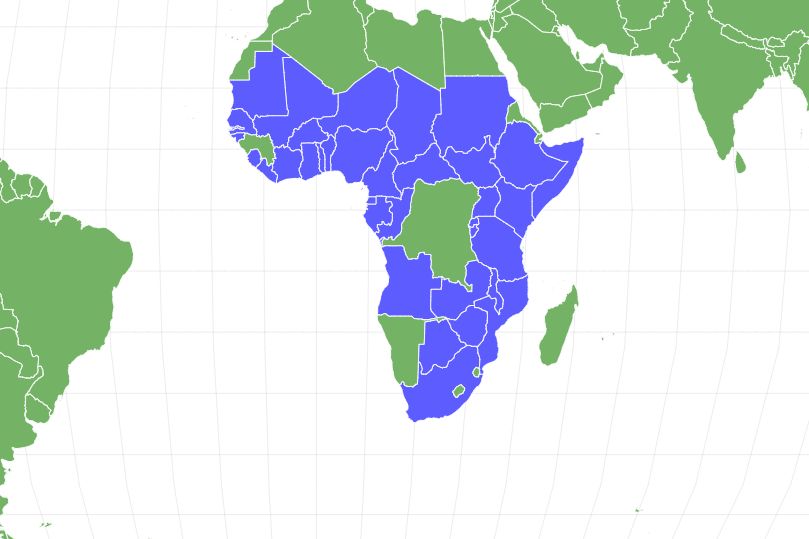 View all of our African Jacana pictures in the gallery.

View all of the African Jacana images!

“They have enormous feet with elongated toes.”

The African jacana is one of our planet’s most unique and interesting birds. From their gigantic toes, fascinating parenting techniques, and quirky calls, these aquatic birds are a one-of-a-kind species to study. Learn all about this African bird, including where you can find it, how it cares for its young, and how it finds food.

Where to Find the African Jacana

The African jacana inhabits over 40 countries in Sub-Saharan Africa, from Mauritania to Sudan down to the very tip of South Africa. Some of the countries include, Ghana, Ethiopia, Zambia, Tanzania, and Togo. These jacanas are widespread across the continent’s freshwater wetlands, but you won’t find them around forests, jungles, deserts, or plains. Look for them in shallow lakes with plenty of floating vegetation. While they don’t migrate, they are pretty nomadic. They move to new habitats during times of flooding or drought, searching for spots with lily pads where males like to construct their nests. The African jacana may be one of the easiest birds to identify due to its unusual feet and propensity for walking on water.

Their nests are simple and consist of floating rafts made from lily pads or other aquatic vegetation. They are typically partially submerged in the deep end of a lake, usually under shady trees or other plants.

The scientific name for African jacunas is Actophilornis Africanus. Their order, Charadriiformes, includes birds that live near water, such as auks, gulls, and waders. The family Jacanidae, also known as “Jesus birds” or “lily trotters,” encompasses tropical waders with elongated toes. Its Genus, Actophilornis, includes the African jacana and the endangered Madagascar jacana.

Adult African jacanas are medium-sized waterbirds with long necks, long legs, and short tails. Their enormous feet are by far their most unique feature and feature elongated toes that help them walk on floating vegetation. Their length ranges between nine and 12 inches, with the females averaging slightly larger. They weigh around four to 12 ounces and have 20-inch wingspans. These jacanas are predominantly a reddish brown color with a yellow breast. Their head and neck are black on the back and white on the front with short blue bills and black eye strips.

These birds are highly vocal, producing loud shrieks, moans, and barks. Some of their vocalizations include flight calls and sharp alarm signals. Unlike other bird species, the African jacana males build the nests, incubate the eggs, and raise the young. The fathers are super protective and will often pick his babies up and hide them under his wings. Apart from walking on water, jacanas are also excellent swimmers and divers. Males teach their chicks to dive underwater and escape predators from a young age. While they can fly, they are weak and can only fly for short distances. Also, their feathers molt simultaneously, rendering them flightless until they grow back.

African jacanas are carnivores with a wide-ranging diet.

What Does the African Jacana Eat?

These unusual birds eat freshwater insects, larvae, spiders, crustaceans, and mollusks. They forage for their food by walking across lily pads and other floating vegetation. And while they can swim and fly, they prefer to walk across the water, occasionally reaching out to grab flying insects. You can also view them picking bugs off the backs of buffalo and hippopotamus.

The IUCN lists the African jacana as “least concern” due to its extensive range and stable population. However, this bird faces threats, particularly to its eggs. While common and abundant in its scope, this jacana bird faces habitat degradation, flooding, wetland draining, and overgrazing from other wildlife. An invasive species called nutria (large semi-aquatic rodents) destroys water lilies, an essential part of the jacana’s habitat. Fortunately, they can use other floating vegetation for their nests.

What Eats the African Jacana?

The African jacana’s chicks and eggs are particularly susceptible to predators, including birds of prey, otters, crocodiles, large fish, and turtles. Other predators include the Nile monitor, hippopotamus, and snakes, which feed on eggs and babies in the water.

African jacanas can breed year-round, except for regions that experience a dry season, then seasonal breeding occurs. These birds have an unusual polyandrous mating season, where the female flees the nest as soon as she’s laid the eggs. She then moves on to her next mate, leaving the males alone to raise the young. The males build semi-submerged floating nests, and the females lay four eggs. After she goes, he will incubate the eggs for approximately 26 days. Thankfully, he doesn’t have to sit on them the entire time. The heat allows for natural incubation, and he may move the nest to a shaded area to prevent overheating.

After hatching, chicks can feed themselves, and their dads are there for guidance and protection. The male’s interactions with his young are unique. He often scoops them up under his wings, and you see several long pairs of legs dangling, giving him the appearance of a strange creature with many appendages. The young fledge the nest around 35 days after hatching, but they stay nearby their parent for another 35 days.

The African Jacana population is mainly unstudied. They are estimated to have around one million mature individuals. Their numbers are considered stable without evidence of any declines. Their numbers also do not appear to experience extreme fluctuations or fragmentation. African jacanas are concentrated in the Central and Southern regions of Africa.

Does the African jacana migrate?

The African jacana is nonmigratory. But they may change locations depending on water levels.

How many eggs does the African jacana lay?

How fast does the African jacana fly?

Their speed is unknown. They are weak fliers and only fly short distances

What is the African jacana’s wingspan?

They have a wingspan of up to 20 inches

When do African jacanas leave the nest?

The chicks fledge the nest about 35 days after hatching. But they stay nearby their parent for another 35 days.

How do you find the African jacana?

What time of year is best for finding the African jacana?

You can see the African jacana year-round. The best time to see their chicks is March through June.

What threatens the African jacana bird?

They are threatened by wetland degradation and habitat loss from flooding.

What is an African jacana baby called?

You can refer to their babies as “chicks.”

How long does the African jacana live?

Their lifespan is around five to ten years, whether in the wild or in captivity. 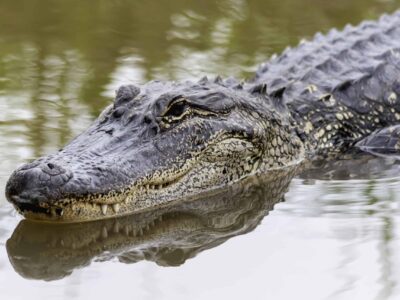 How Often are Alligators Found in Disney World? 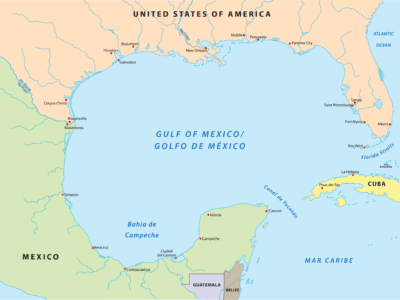 Discover the Biggest Fish Found in the Gulf of Mexico