A full-grown California kingsnake can be about 3.5 feet long, though there are some cases in Mexico of the snake being almost twice this size. 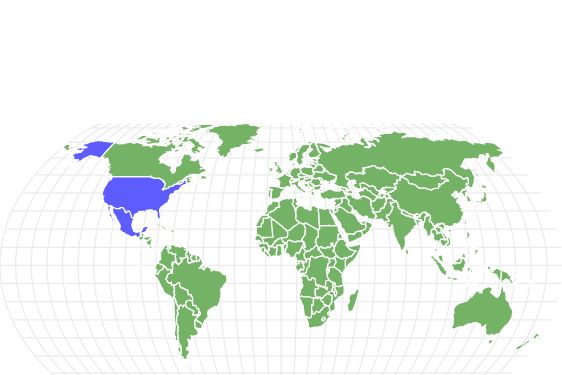 Prey
Lizards, amphibians, rodents, birds, and other snakes
Name Of Young
Snakelets or hatchlings
Fun Fact
A full-grown California kingsnake can be about 3.5 feet long, though there are some cases in Mexico of the snake being almost twice this size.
Estimated Population Size
Estimated to be between 10,000 and 100,000
Diet
Carnivore
Common Name
California kingsnake

View all of our California Kingsnake pictures in the gallery.

View all of the California Kingsnake images!

The California kingsnake is bold and beautiful, found along the west coast of the United States and Mexico.

Adorned with contrasting bands or stripes along its body, this friendly reptile is often sold as a pet for a low price, depending on age and genetics. They are not poisonous or venomous, but they might still bite if they are afraid. Instead, they constrict their prey before eating, and humans are not on the menu (even if it is a full-grown snake).

Where to Find California Kingsnakes

The best place to find the California kingsnake is the North American west coast where it can be found as far south as Mexico and as far north as Oregon (United States). In the United States, it can be found in Oregon, California, Nevada, Utah, Arizona, Colorado, and New Mexico. If you see one in Arizona, they are easy to mistake for a desert kingsnake or the Mexican black kingsnake. Though it is not native to any other region, there have been sightings of the California kingsnake as an invasive species in Gran Canaria, a Spanish island.

With the ability to live in many types of habitats, you’ll see them everywhere from deserts to marshes, grasslands to woodlands, and even in suburban human communities. They are friendly from a distance, though their demeanor makes them a welcomed pet in many homes, even as a baby. Their medium size doesn’t need much tank space to be happy as long as it has a place to hide.

The California kingsnake has the scientific name Lampropeltis californae. The name is Greek in origin, translating to “shiny shield” of California. The name is a reference to the snake’s smooth dorsal scales that are so glossy that they feel like the texture of enamel.

This snake is of the Reptilia class in the Colubridae family.

The population of California kingsnakes, sometimes referred to as California mountain kingsnakes for their proclivity for climbing, isn’t known. Researchers estimate the population to be between 10,000 and 100,000 individual snakes, but pet adoptions and local spread make it difficult to determine. The IUCN has determined that this snake is of Least Concern, so no conservation efforts are being made.

California kingsnakes are fairly medium in size at just 2.5 to 3.5 feet long, though there are some cases of being much longer. In fact, in Mexico, there are some reports of these snakes reaching 78 inches (5.5 feet) long. The color of the California kingsnake varies with many morphs, though the pattern tends to be alternating dark and light bands. The dark bands can be black or brown while the lighter bands are typically cream or white colors. While albino morphs are a little rarer, it adds to their appeal as a pet. They may also be a morph called high white, which gives them a completely white body that is speckled with black. Depending on the location, some morphs are striped along the length of their body instead of bands, often featuring a black body that is striped with yellow.

How to identify a California kingsnake:

With activity during the day or night, the California kingsnake is rather friendly, making it a great companion as a pet. They need to have consistent care with ambient temperatures to keep them happy, and they’ll even warn you that they don’t want to be disturbed by shaking their tail. They may also release fecal matter and an odor if shaking their tail is not enough to get you to leave them alone.

With many different morphs, they are often bred for specific colorations. Though they can’t be sold if they are wild, albino and high white California kingsnakes are some of the most exclusive and expensive morphs to keep as pets.

The California kingsnake is quite a popular pet, and they have a quite friendly demeanor. They are easy to care for, though they are not the best match for everyone.

Without any venom, the California kingsnake isn’t very dangerous, but being surprised, scared, or threatened may lead it to do so. Luckily, without this venom, the bite won’t do more than hurt a little.

Not exactly. While it is true that they have no venom, they can still constrict around prey to kill it.

Why are California kingsnakes good pets?

While they look like their more dangerous counterparts, they are incredibly harmless and quite friendly when they become used to their handler. For wild California kingsnakes, a full-grown adult costs about $80 or less, though there are many factors that play a role in the price (like age and genetics). With the right care, their average lifespan is 20 years or more.

Where do California kingsnakes live?

The California Kingsnake lives in the state that it is named for, but it also lives in Oregon, Arizona, Utah, and Nevada in the United States. They also live in Mexico, and they are accustomed to many different habitats, like marshes, woodlands, grasslands, and deserts. Whether in the wild or in captivity, their average lifespan is 20 years or more.

No. The California kingsnake has no venom, and it only bites if it feels threatened. They are not poisonous.

How do California kingsnakes hunt?

The California kingsnake is a constrictor, wrapping its body around its prey to kill it before eating it. Their jaw is able to open way larger than their body to help them swallow food bigger than themselves. It only swallows its prey headfirst.

Not usually. The only way that they might become aggressive is if you startle one or touch it when it is trying to hide. Luckily, since they are not poisonous, one bite poses very little threat.

What do California kingsnakes eat?

The typical diet of the California kingsnake is made of rodents, birds, reptiles, and amphibians. However, they primarily eat based on the opportunity they have of the animals around them. They actually get the “king” in their name from one part of their diet – other snakes. They even are resistant to rattlesnake venom.