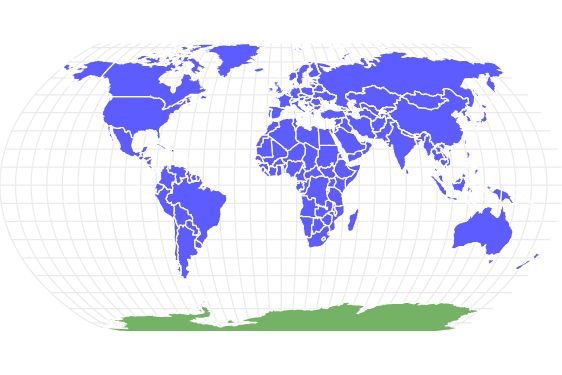 View all of our Codling Moth pictures in the gallery.

View all of the Codling Moth images!

The codling moth is so pervasive that it is stereotypically called the “apple worm”, leading to the common phrase “wormy apple”.

Codling moths are a major pest of apple and pear orchards. Caterpillars will bore into fruit which leads to premature ripening and inedible fruit. Without intervention, codling moths can infest 20-90% of a fruit tree. In warmer conditions, codling moths can have up to five generations in a season and caterpillars are able to enter a diapause state to survive poor fruiting seasons or cold winter temperatures.

There is only one species of codling moth. Its scientific name is Cydia pomonella. Pomonella is derived from Pomona, the Roman goddess of fruit trees. The Genus name Cydia is familiar to iOS users as the popular application able to download software not authorized by Apple Inc. A metaphorical worm in Apple Inc’s products.

Appearance: How To Identify Codling Moths

Adult codling moths are rather nondescript with mottled grey wings held tentlike above their bodies. The mottling acts as camouflage, allowing adults to blend with most tree bark. They average ½” to ¾” in size. Males will have a shiny copper band at the end of their wings.

Eggs are disc-shaped and roughly 1-1.2 mm. As the egg matures, a red ring forms followed by a red dot where the caterpillar head is. When it hatches, the caterpillar is about 2 mm long, 0.5 mm in diameter, and white with a dark brown head. As the caterpillar matures through five instars, it will grow to 12-20 mm long and have a pinker appearance. A fully grown codling moth caterpillar will be light pink to light brown with dark brown spots along each segment and a dark brown or black head capsule.

Female codling moths will oviposit 30-70 eggs individually on the fruit, nuts, leaves, or branches of the host fruit tree. While they’re capable of long-distance flight, up to several kilometers, a majority of adult codling moths remain sedentary. Adult moths are only active for a few hours before and after sunset. They prefer to mate during sunset when it is warmer than 62ºF.

Caterpillars are somewhat unique Lepidopteran juveniles in that they will bore into the flesh of fruits rather than feed on leaves. To survive the winter or years with poor fruit yield, caterpillars are able to enter a state of decreased activity (diapause) and resume activity when temperature or food sources are more favorable.

Habitat: Where to Find Codling Moths

Codling moths are found everywhere apples are grown, even on solitary trees in urban environments. Adults can be found on branches or the underside of leaves of the host tree while caterpillars will be found inside the flesh of the fruit.

After the fifth instar, the codling moth caterpillar will drop from the fruit and search for a suitable place to pupate. Most will remain in the soil while some spin a cocoon in the crevices of the tree’s bark.

While codling moths are found on every continent, it is believed they were native to Asia Minor and were introduced to Europe centuries before they were discovered. They were introduced to North America during the Colonial Period and expanded their habitat to the Pacific coast by 1872.

Diet: What do Codling Moths Eat?

What do Codling Moths Eat?

Juvenile codling moths are a voracious pest of apple orchards. If left unchecked, they can damage anywhere from 20-90% of the fruit on a single tree. While apples are their preferred food, codling moths are also a pest of pear, walnut, apricot, peaches, plums, cherries, and chestnuts. After emerging from the egg, caterpillars will enter the fruit and tunnel to the center, leaving a hole in the fruit, filled with reddish-brown frass (poop). While there, they will continue to eat and molt through five instars before dropping to the ground to spin a cocoon.

Adult codling moths rarely eat even though they are able to. Feeding does not affect the adult’s ability to mate and oviposit.

A number of arthropods will prey on codling moths, including spiders, harvestman, beetles, earwigs, and ants. Ants will attack all life stages while the other arthropods will generally prey on only the juvenile or adult stages.

Two species of thrip will prey on codling moth eggs. Haplothrips faurei are nondiscriminant and will prey on eggs from any generation while Leptothrips mali prefers second-generation eggs.

Prevention: How to Get Rid of Codling Moths

It is almost impossible to completely prevent a codling moth infestation. Instead, growers should focus on monitoring to catch populations early on and implement control.

Pheromone traps placed during the pink stage of apple flower-bud development can be used to monitor for adult male codling moths. The process of banding trees has been used to monitor for caterpillars. A strip of cardboard is affixed to the trunk of the tree. The mature larvae will then spin their cocoons inside of the cardboard. Both pheromone traps and banding can be used to detect and then estimate the density of codling moth infestations.

Beginning as early as July, growers should visually assess fruit for codling moth damage. Codling moth caterpillars prefer fruit in the top half of the tree, so sampling of fruit in that area is most effective.

There are two threshold-based methods one could use to determine when to implement control: damage to fruit and trap capture.

When visually inspecting fruit, if fruit injury levels are greater than 0.5% of the total yield, it is time to consider a control method for codling moths. Trap methods are a little more complicated but usually require less time and energy to monitor. Deploy one pheromone trap for every 2.5 acres and check traps once a week after the first moths are caught. Replace the trap after 30 moths have been caught or if the trap becomes dirty.

Thresholds for control using pheromone traps can be set in one of two ways. For the first method, the threshold is set when two moths are caught in two consecutive weeks. The second method involves degree days, which can be calculated here. If 5 or more moths are caught between 175 and 425 degree days, then a control method should be implemented. Second-generation codling moth thresholds are reduced to 3 moths before a treatment plan is implemented starting on the 1175th-degree day.

Management: How to Control Codling Moths

There are several organic ways to control for codling moths before resorting to pesticides, although most integrated pest management strategies recommend using them in conjunction with a conventional insecticide.

Carbaryl is a broad-spectrum insecticide that is effective against codling moths but with significant disadvantages. It is toxic to natural predators and honey bees, so should not be applied when fruit trees are in bloom. Spraying within one month of bloom may cause fruit to drop. More than one application of carbaryl may also cause an outbreak of pest mites.

Carbaryl has been linked to water quality problems. Nonchemical pest management strategies should be considered before the use of this insecticide.

No, codling moths pose no danger to humans or pets as they can neither bite nor sting.

How many legs does codling moths have?

How do you identify codling moths?

Caterpillars are white to light pink and will have a dark brown or black head capsule. They are most likely to be found in the flesh of apples and pears on the tree. Adult males can be identified by a coppery metallic band on the tip of their forewing.

How do you get rid of codling moths?

Can you eat apples with coddling moth?

No. Because the codling moth caterpillar feeds on the flesh of the fruit, depositing frass (poop) in the tunnel it bores, the fruit is inedible.

How do you control apple codling moths?

There are a variety of methods commercial and residential growers can use to control apple codling moths, including selecting resistant species of apple, pear, and walnut trees; removal of infested fruit; bagging; mate disruption; parasitoid wasps; codling moth granulosis virus; and spinosad.

What do codling moths do to apples?

Apples are the only source of food for codling moth caterpillars. After emerging from the egg, the caterpillar will chew a hole through the skin of the apple and continue to eat its way to the core, creating a tunnel filled with its frass (poop).

What eats the codling moth?