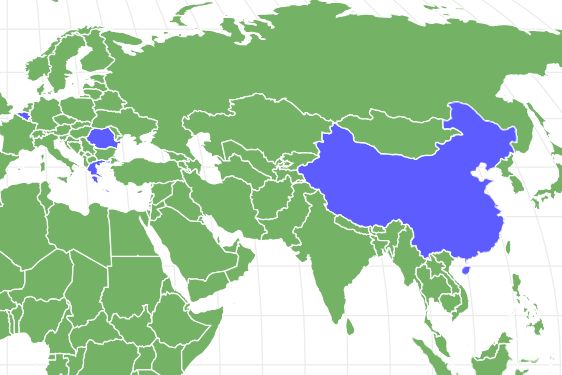 View all of our Dwarf Hamster pictures in the gallery.

View all of the Dwarf Hamster images!

A dwarf hamster is a group of several subspecies, specifically dealing with hamsters that are smaller than four inches long. They often have a lifespan of two to three years, though some live less than this. They are incredibly smart, and some subspecies hibernate through the winter months underground. If you want to take a little extra time with this furry pet, you may even learn how to train them to do different tricks.

The name “barabensis” comes from the Greek word “Barabbas,” which comes from Aramaic “barabba,” which means “son of the father.”

Other than times of mating, dwarf hamsters are rather solitary creatures. They go long and far to find their resources, and they protect it at all costs from other rodents in the area. They are quite shy unless they are regularly exposed to human contact.

Dwarf hamsters can be purchased as pets throughout the United States, but they exist naturally in the wild in Greece, Romania, Belgium, and northern regions in China. While they prefer to be in areas that are 68 to 72 degrees Fahrenheit, they can go a little higher or lower without much issue.

The easiest places for these animals to thrive is in dry environments, like deserts, scrubland, mountains, some forests, and desert edges. Each species of dwarf hamster has different adaptions to thrive in their local weather. For instance, the winter white dwarf hamster’s fur changes color during colder months to conceal themselves from predators in the snow.

The typical diet of a dwarf hamster will largely consist of grains and pellets, which can be easily found in pet stores and grocery stores. It is safe to give them other nutrients like vegetables, fruits, grass hay, and grains, but the food offered in these pet stores is often all they need to be healthy.

Though the diet of a pet dwarf hamster primarily consists of pellets, seeds, and a few assorted vegetables, these animals may seek out insects in the wild. The eating habits are greatly varied because these hamsters have to be territorial to survive. However, avoid exposing your hamster to chocolate or caffeine as these substances are highly toxic.

To attack prey, the dwarf hamster simply grabs what they find in their environment. They don’t need much protein, so they are just as satisfied with their plant-based diet.

Due to their small size, the dwarf hamster’s natural predators include kestrels, falcons, foxes, owls, and eagles.

What Do Dwarf Hamsters Eat?

Though the dwarf hamster primarily relies on seeds and plant life, there are some occasions that present them with an opportunity for a little more sustenance. Crickets and mealworms are common parts of the wild dwarf hamster’s diet, but they only have these insects as treats.

In order for dwarf hamsters to mate, the female must be in heat, which means that she’s in her estrus cycle. All these hamsters need is an opportunity to mate by being placed with a male in her cage. Through the pregnancy, it is fairly safe to keep the mating pair together. Her pregnancy often results in about six babies. Through her life, it is safe for her to have babies with more than one male, though the pair might need to be separated after the live birth. In total, her pregnancy lasts between three and four weeks.

The babies of dwarf hamsters — which are called pups — must stay with their mother until they are weaned at three weeks. Their eyes won’t open until they are about two weeks old, and they are color blind from birth. By their 18th day of life, you’ll be able to see their little ears pop up (as they’ve previously laid flat on the head). They are deaf and hairless when they are first born, though their fur will start to come in when they are about five years old.

However, unlike other species who might eat their young, the pups can stay with the mother for a little longer. Since the pups reach sexual maturity as early as four weeks old, they will need to be placed in separate cages by sex.

The average lifespan of dwarf hamsters is two to three years, though it will vary by species. The winter white dwarf hamster, for example, only lives about a year in the wild or as a pet, while the Campbell’s dwarf hamster only lives two years at the most. The most common health issues that these rodents face include skin diseases (mites or ringworm), hair loss, digestive issues, diabetes, teeth issues, and respiratory infections. With the right care, they should be able to live to their projected old age. Proper identification of your hamster will give greater insight into their potential life span and health issues.

Due to the frequent sale of dwarf hamsters as pets, experts believe that the total population is at least 57 million. Of that 57 million hamsters, approximately 11 million are kept as pets. The IUCN considers the dwarf hamsters to generally be of least concern.

Yes. They are relatively easy to care for and are rather small in size. They don’t need much space in their tank, and a few videos online can even show you how to train yours. Plus, it is rather easy to get them used to regular handling.

Initially, these types of hamsters are rather shy, which means that you will have to learn how to train them to get used to handling. Experts recommend spending about 5 minutes a few times a day to hold the hamster until he acclimates to this activity. Over time, regular handling leads to a tamer and easier to hold pet.

Do dwarf hamsters get lonely?

Not really. Even though they are often kept as pets with their human companion, they originally roamed the desert on their own as solitary animals. These mammals had to fight aggressively to maintain their territory so that other hamsters wouldn’t steal their resources.

Yes. All rodents can bite, but the only reason that hamsters tend to take a nibble is if they feel scared or threatened.

How do I take care of a dwarf hamster?

There are only a few things you need to make a dwarf hamster happy and healthy – the right cage, the right diet, and the right bedding. Their habitat should be as large as you can make it because they love to hide, play, burrow, and exercise throughout the day. Make sure to either find a metal habitat with good ventilation or a large tank. A cage with a metal wire top often offers the best ventilation to keep ammonia from accumulating in the cage between changing, which is a risk with a plastic or glass tank.

The bedding you choose is important. It allows them to chew and hide, but it also provides warmth. Some people choose to use wood shavings, but paper-based bedding is preferred because it is easy to digest if swallowed. The bottom of your hamster’s cage should be about 2 inches thick in bedding. Add other décor to the cage to give your hamster entertainment, like hiding places, an exercise wheel, and toys. No matter what you include, this habitat needs to be cleaned and disinfected weekly to keep the hamster from becoming sick.

Most hamster food from pet stores consists of seeds, dried fruits, and pellets. They also need constant access to clean water each day within a bowl or bottle. Though you can include vegetables, fruits, and grass hay, these additions are only needed in moderation.

How much is a dwarf hamster?

It entirely depends on where you shop for them. They can cost as little as $4 or as much as $20 in most pet stores.

What are the differences between a Dwarf hamster and a Syrian hamster?

The major difference between a Dwarf hamster and a Syrian hamster is size, and the Syrian is significantly larger. Other key differences include their appearance and behavior.

Apart from the fact that they are both hamsters, spotting the differences between the two breeds is relatively easy. Both can have long or short-haired coats, which come in various colorations and markings.