Click through all of our Grasshopper Mouse images in the gallery. 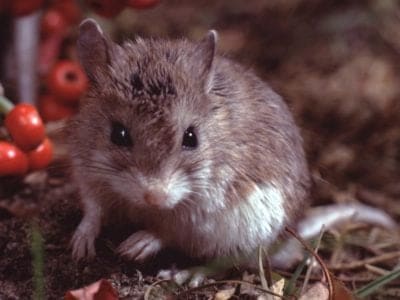 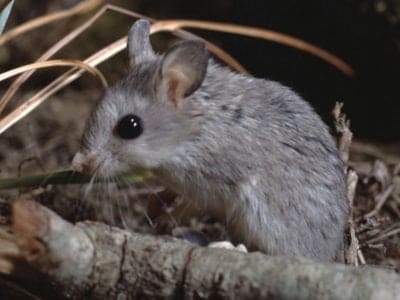 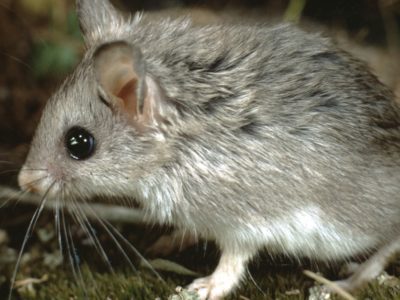 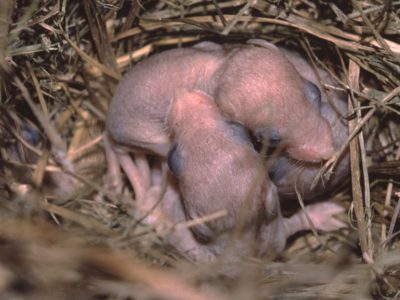 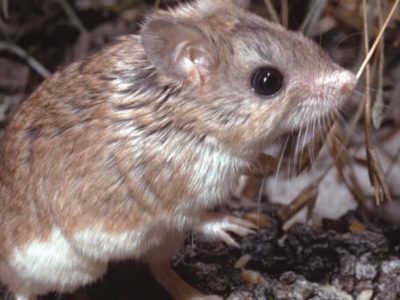 View all of the Grasshopper Mouse images!

Grasshopper mice are rodents with big ears and big eyes. They are nocturnal and are closely related to deer mice.

Here are some interesting facts about these mice:

These mice go by the scientific name Onychomys. They belong to the kingdom Animalia. The phylum is Chordata and the class is Mammalia and the order is Rodentia and the family Cricetidae and the subfamily is Neotominae. Their tribe is called Reithrodontomyini and the genus is also called Onychomys.

These mice have a silky and dense coat. Their belly is often white, offering a stark contrast to the rest of their coat (which is greyish-brown to reddish-brown). Usually endemic to Mexico and the United States of America, the southern grasshopper mice have a size of about 3.5 to 5 inches while the tail is about 1.0 to 2.5 inches long.

Meanwhile, the Mearn’s grasshopper mice are small in size but have a fat tail. Their tails make up more than 1/3rd of the entire mouse.

These mice are nocturnal creatures. Some of them are extremely aggressive predators, intelligently going after their prey without mercy. To communicate with others, they have 6 different vocalization types.

Their communication kind and frequency depends from species to species and is distinguishable between sex and age. It is said that the larger grasshopper mice tend to have a deeper voice.

If and when the mouse feel attacked, they will let out a loud screech voice or a bark. These rodents tend to be active all year round and are often good climbers.

These mice have for years coevolved and coexisted with the bark scorpions. The bark scorpion paralyzes other animals by injecting venom through their spikes into the other animal’s bodies. Over time, the grasshopper mice have been able to develop a certain level of pain tolerance so that the venom of the scorpions does not affect them as much now.

The Southern grasshopper mice are prone to indulge in cannibalism acts as they can often kill and eat the members of their species if the food is scarce. Usually, they are solitary animals, but they’ll stay with a partner when they need to breed and have a new litter. They can reproduce all year but it is more likely to happen during some months. Sometimes, one of the partners also kills the other.

Some of these mice are found living in shortgrass prairies and desert scrubs. They often prefer areas with low elevations and have a range of about 2 to 3 hectares. They are found to exist in low densities often.

These mice might be small in size but most of them are very aggressive predators. They are also very sophisticated predators and often bite off their prey at their heads.

Their diet usually consists of insects, beetles, grasshoppers, crickets, and scorpions. However, their diets are not limited to only these creatures. They also stalk as well as kill and eat other small rodents such as Kangaroo rats, voles as well as white-footed mice.

The southern grasshopper mice will kill each other if the food is scarce. They usually live in pairs, though one of the partners can end up killing the other as food in times of extreme hunger. They do indulge in acts of cannibalism.

These mice, despite their small size, do not have too many predators. Owls and other nocturnal birds of prey usually feed on these rodents.

Even snakes, centipedes, and scorpions also do not consume these mice as they are often known to be prone to venom and are difficult to catch hold of.

However, human activities do have an impact on the habitat of the mice. Other potential threats include urbanization and industrialization by humans.

In the wild, these mice may live only for a few weeks to a few months.

The male then follows the female until he mounts her from the rear into a copulatory lock. This process occurs in 10 phases and usually takes about 3 to 4 hours to complete.

Each phase is completed once the female moves away and grooms herself. The female usually gives birth to 4 babies and usually cares for them until they are about 14 days old. The males do not contribute to caring for the babies. The females give birth to several litters per year.

The gestation period in southern grasshopper mice lasts for about 26 to 35 days. The females that are born in April might be ready for reproduction early and could produce 2 to 3litters of babies before the year ends. Their litter size could be 2 to 6 babies. The babies open their eyes at 2 weeks of age. Once they reach sexual maturity, females seldom breed after 2 years.

While the exact population numbers are difficult to procure when it comes to these mice, it is a well-known fact that there are 3 different types of this particular rodent. So, it is expected that there are enough of these mice around the world. There is also no threat to their population and they do fall into the least concern category.

View all 75 animals that start with G

Why does the grasshopper mouse howl?

Grasshopper mice usually howl when they spot prey. This howling is a screeching noise that pierces through the otherwise quiet night and can also mean that the mouse has come across another of its kind. But usually, it is just before these mice are ready to kill their prey.

What is unique about the grasshopper mouse?

These mice howl before they kill their prey and uniquely, they have a high pain tolerance and are prone to venom which is why most poisonous predators do not eat them.

Can you keep a grasshopper mouse as a pet?

Keeping them as a pet is possible as these rodents can trust human beings and coexist with them through time, it is generally not advisable to keep them as a pet.

Is grasshopper mouse immune to venom?

Yes, the grasshopper mice are immune to venom. This is why they are not eaten by most predators. Their evolutionary traits allow them to use this venom to their advantage, eating that predator instead.