There are more than 5,000 species worldwide! 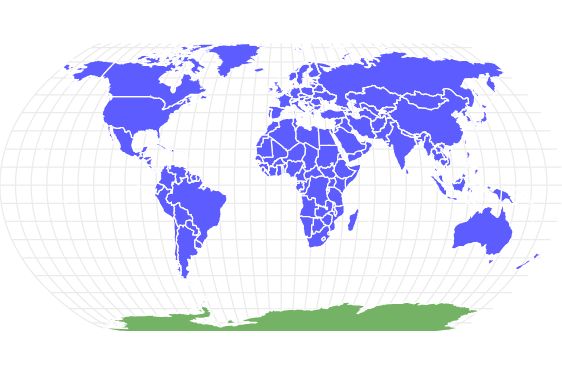 View all of our Ladybug pictures in the gallery.

View all of the Ladybug images!

Ladybird beetles, otherwise known as ladybugs, have been to outer space and had no problem catching prey in Zero-G.

The typical description of the ladybug discusses the red shell and black spots, but there are many different patterns. In fact, the number of spots can even differentiate between the many species around today. They have a rather resilient body, ensuring that they can live in many different environments in North America and Europe.

Ladybird beetles and ladybugs are the same insects. The difference is it’s called a ladybug in North America and a ladybird in the United Kingdom. Entomologists also consider ladybird being the more correct name for the insect, as it is not, in fact, a true bug but a beetle.

The scientific name for the ladybug is Coccinellidae, and their classification places them in the invertebrate category. Coccinellidae comes from a Latin word “coccineus,” which means scarlet – a clear tribute to the color of their exoskeleton. It is sometimes called a ladybird, which comes from a British expression for the insect. Many people took to calling the insect “Our Lady’s bird.”

The beetle gets its common name because it was associated with the Virgin Mary. Legend has it that a group of farmers was so plagued by aphids eating their crops that they prayed to the Virgin for help. When help arrived in the form of coccinellids, the beetles were known as “Our Lady’s beetles,” from then on.

Though most people are familiar with the typical red body and black spots, the ladybug is actually a category of over 5,000 different species. The species come in many different colors and markings, including combinations of red, black, brown, yellow, white, and neutral shades. They are primarily divided into the following categories:

The elytra of many types of ladybirds are, indeed, scarlet, and the Virgin was sometimes depicted wearing a scarlet robe. The seven black dots on the insect’s elytra were supposed to represent her seven joys and seven sorrows, even though there are ladybird species that have more or less than seven spots. More ladybird species include:

Appearance: How to Identify Ladybugs

When you imagine the appearance of a ladybug, colors like red and black typically come to mind. In fact, this traditional idea makes the ladybug (or ladybird) one of the most easily recognizable insects in the world. However, this description doesn’t come close to covering the 5,000 species that are out there today.

While every ladybug has an oval shell, six legs, and the cutest cheeks of any insect, they also are found in many shapes, sizes, and colors. Most of these insects are just a centimeter long, but they can be as small as 1 mm. Along with the traditional red shell and black dots, other species include:

Along their legs, their joints are specially designed to release a toxic fluid that can protect them from predators. Sometimes, they’ll even bite if they are threatened.

While it is easy to find one or two ladybugs, they typically are found in a group, which is called a loveliness. Part of the reason that these insects swarm together is to reproduce quickly and deal with limited food supplies during winter. Approximately half of this population is made of females, and they choose a mate while they are in their large group.

Habitat: Where to Find Ladybugs

Ladybugs can be found around the world, but they tend to live in Europe and North America. They were not introduced to North America until the middle of the 1990s, used to help with the aphid problems that were plaguing the entire region at the time. Since then, ladybugs seem to have found a place that they are happy to stay in. Of the 5,000+ species, the United States is specifically home to over 500 variations.

The flexibility of the ladybug in different habitats is what allows it to thrive. Just as easily as they will live in grasslands and forests, they’ll also collect in cities and suburbs. Some swarms can even be found along rivers. When they are ready to lay eggs, they will simply leave their larvae on the underside of a leaf.

As recently as 2018, scientists grew concerned over the dwindling population of certain insect species, considering the major impact that they have on the world’s ecosystems. Some of the reasons for the decline can be credited to the use of insecticides, pollution, and climate change. However, the resilience for many different habitats is part of the reason that there are still millions of these beetles found worldwide.

Diet: What Do Ladybugs Eat?

Ladybugs are omnivores, consuming both plants and other animals as their main source of nutrients. Primarily, they prefer to consume leaves, fungus, and other insects. Sometimes, they’ll even dine on mushrooms and mildew, but their primary diet is made of aphids. In fact, the ladybird consumes up to 50 aphids a day.

Ladybugs are consumed by birds, but that’s hardly their only predator. They also are eaten as a part of the diet of frogs, wasps, spiders, and dragonflies. While they have many defenses against other animals, they are still rather small animals that cannot fight back as strongly as others.

What does a ladybug eat?

While the ladybird will consume some types of plants, their diet primarily consists of other insects (especially aphids). They’ll go after scales, mealy bugs, mites, leafhoppers, and other insects that are smaller than them. They will also eat the larvae of other insects.

Prevention: How to Get Rid of Ladybugs

Though the ladybug is mostly not harmful, having any beetles or insects in a home can be unsettling. They are safe to keep in a garden, but large infestations can damage a farm. If there is just a small group of ladybugs, sweeping or vacuuming them up is relatively safe. However, a massive infestation may need to be sprayed with soapy water. It is also safe to leave a bowl of soapy water where they collect.

While some people swear by the use of Diatomaceous Earth to clear out a colony, there are also many homemade traps that can work. Small LED lights can be set up in an area to attract the beetles into a funnel or box before they are moved somewhere safer.

Anyone with a green thumb and a disdain for ladybirds can plant mums around their home or porch. Apparently, as resilient as the beetles are, they absolutely hate the smell of these flowers, and they’ll likely choose a home without them instead. Natural repellants like lavender oil and citronella candles can also keep ladybugs and other insects away.

In what type of habitat do Ladybugs live?

Are ladybugs or ladybirds dangerous?

Not exactly. These beetles can sometimes secret fluid from the joints on their legs, which they typically release when threatened. The fluid can be toxic to predators, and it emits a bad odor. They are capable of biting humans, but it is not common. It is true that they can nibble at a person, but their bites are harmless if aggravating.

How many legs does a ladybug have?

Ladybugs have six legs, paired with dome-shaped bodies. All insects, which includes ladybugs, have three main body parts: a head, thorax, and abdomen. They also possess two antennae, and special compound eyes so they can see in multiple directions simultaneously.

How do you identify a ladybug or ladybird?

The markings and size of the ladybug will determine its classification. They are smaller and rounder than beetles and they often have a black head with small “cheeks.” The colors in the pattern determine the species.

How do you get rid of ladybugs?

If there are many ladybugs collecting in a group, they can be swept up and moved outside. Diatomaceous Earth is a reliable and natural way to eliminate them, though some people plant Mums around their home as a protective layer.

What is special about ladybugs?

Having a ladybug around the home is considered to be a good luck charm in some cultures.

What is bad about ladybugs?

These beetles can be toxic to animals and can ruin farmland.

Is it OK to have ladybugs in your house?

Ladybugs, which sometimes go by the name lady beetles, won’t harm a home. At the most, they’ll go after aphids, rather than fabric or wood. Some people are not bothered by the presence of ladybugs, so it is all a matter of preference.

What do ladybugs kill?

These beetles tend to go after aphids, the larvae of other beetles, worms, mites, mealybugs, whiteflies, and other insects.

Is a ladybird a useful insect?

Some scientists believe that larvae eat either half that amount or twice that amount. Newly hatched larvae at first suck the juices out of an aphid until it gets strong enough to kill and eat the whole insect.

Is a ladybird harmful to humans?

Ladybirds are not harmful to humans.

What is a ladybird?

A ladybird is a type of beetle in the Coccinellidae family. There are over 6000 species of ladybird.

The prototypical ladybird is a small, roundish insect with brilliantly red elytra with black spots, though species can be yellow with spots, brown without spots, pink with spots, or brown with stripes.

What do ladybugs eat?

Many would-be insect predators try to avoid lady beetles because they taste bad and exude toxins. However, stinkbugs and assassin bugs have no problem preying on ladybirds.

Though ladybugs are typically harmless to most humans, don’t often bite, and do not sting, it’s possible for humans to be allergic to ladybugs. With that said, their bites don’t cause serious injury or spread disease.

Both Asian Beetles and Ladybugs have differences in their size, shape, and facial markings. Lady buys have a bright red appearance with black spots while Asian beetles mostly vary from red to orange. Moreover, Asian beetles are slightly longer than ladybugs.