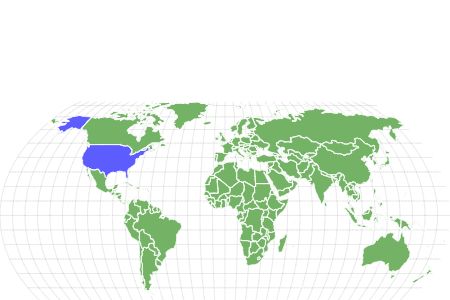 View all of our Pine Snake pictures in the gallery.

View all of the Pine Snake images!

”Only in (North) America”

Pine snakes are no-nonsense reptiles. They are pretty but not spectacularly beautiful. A typical spring or summer day might find one basking to raise its body temperature. As efficient predators, they can slide into their prey’s burrow, find it, crush it then swallow it whole.

During the mating season the usually solitary male and female mate, then separate. The female lays her eggs in a hidden place then goes on with her life. Though the snake isn’t venomous it pretends that it is, vibrating its tail, hissing and striking, and trying to bite like a rattler. But humans know better. When its bluff is called, the pine snake can make a very nice pet.

Where To Find the Pine Snake

These snakes are endemic to North America, which means they are only found on that continent. The location of Pituophis melanoleucus and its subspecies is exclusively the southeastern part of the United States. Habitat includes oak woods, pine barrens, sandhills, disturbed areas, and old fields. One help in the identification of males and females is the knowledge that females tend to hide under oak leaves while males can be found around logs and shed bark.

These snakes also prefer warmer climates. Because of that, they are rarely found in locations over 500 feet above sea level. The home range of a male often contains the home ranges of several females. The average territory is about 0.19 square miles in size.

The pine snake’s scientific name is Pituophis melanoleucus. The name is from the Greek words pitys which, means “pine” and ophis, which means “serpent.” Melanoleucus comes from the Greek words for “black,” melanos, and “white,” leukos, and describes the colors of the nominate species. The snake shares its genus with six other snakes and has at least three subspecies. Some scientists add the Louisiana pine snake and the bull snake. Recognized subspecies are as follows:

P. melanoleucus belongs to the genus Pituophis. This genus contains seven different snakes that are also called pine snakes. Some of these species also have subspecies. The species are as follows:

Though a specific number for the pine snake population hasn’t been determined by biologists, according to IUCN they are widespread enough to have a conservation status of least concern. However, black pine snakes and southern pine snakes are considered endangered or threatened and are protected in some states. The overall population does seem to be decreasing due to the loss of habitat.

The disproportionately small size of its head and the patterns of its scales are ways to identify this snake. The head is not only small in size but pointed and reminds some people of the head of a turtle. The snake is large and can grow up to eight feet. It is also powerful and is capable of catching several mice at a time. It does this by using its coils to mash the prey against the wall of its burrow.

The snake’s scales are keeled and are arranged between 27 to 37 rows. Its four prefrontal scales also help identification. These scales are found on the head of the animal between the top of the head and the nose. Most other snakes only have two of these scales. Like many other nonvenomous snakes, the pine snake has round irises.

Pine snakes are completely harmless though they can bite if they don’t like being handled. Bites should be thoroughly cleansed, and you might want to get a tetanus shot behind one. On the other hand, those kept in captivity since it was a baby is usually docile and doesn’t mind being handled.

Pine snakes are active during the day, though some subspecies seem to be nocturnal. They sometimes lie on logs or rocks in the sun to warm up. These snakes are most active from early spring to late fall and spend the winter hibernating in burrows which they might have excavated themselves. Some snakes estivate during the summer.

Mating takes place once a year, and the southern pine snake is believed to be polygynous, which means that one male mates with several females. This makes sense when a male’s home range encompasses those of several females. Sometimes males fight during the mating season.

Females are ready to breed from April to May and are gravid for 28 to 39 days after mating. A female lays between three and 24 eggs in a burrow or under a rock or a log, and she may even make use of a communal nest. After she lays her eggs, she provides no more care. The baby snake emerges after 51 to 100 days and is mature when it’s about three years old. The snake can have a lifespan of up to 22 years.

When the snake feels threatened it will hiss, bellow and vibrate its tail like a rattlesnake. It may even whip its body around and try to bite, but again, the snake is nonvenomous. It benefits humans by having rats and mice as part of its diet and is also popular as a pet.

View all 104 animals that start with P

How do these snakes hunt?

They hunt down prey, constrict then swallow them.

Pine snakes can be moderately aggressive.

Where do pine snakes live?

They live only in North America, and P. melanoleucus lives in the southern United States.

A pine snake is a generally long and robust snake with a small, pointed, turtle-like head. It has splotches of dark, neutral colors against a lighter background, though the black pine snake is often completely dark.

What is a pine snake?

A pine snake is a nonvenomous snake that’s a member of the Pituophis genus. It is also a member of the colubrid family, which is the largest family of snakes in the world. Pine snakes are found only in North America, in locations that range from Western Canada to Mexico. It has a long lifespan for a snake and can live over 20 years.

Why is the black pine snake endangered?

The black pine snake, which lives in habitats in Alabama, Louisiana, and Mississippi is endangered due to the loss and degradation of its habitat.

What environment does the pine woods snake enjoy?

Pine snakes need soil that is dry, sandy, and drains well. This makes for an ideal habitat to burrow, hibernate and lay eggs. They do best in woods populated with oaks and scrub pine, rocky mountain ridges, abandoned and disturbed places, prairies. chaparral and pine barrens.

What do pine snakes eat?

Like all snakes, members of P. melanoleucus are predators and have small mammals, birds, reptiles, and eggs as part of their diet.

Pine snakes are not poisonous.

Overall, the pine snake is not particularly rare, though subspecies are protected in certain states.

Despite the fact that the snake can put on a good show if it feels threatened by hissing, rattling its tail and striking, pine snakes make good pets. Because some subspecies are protected, it is best to obtain a snake through a reputable breeder.