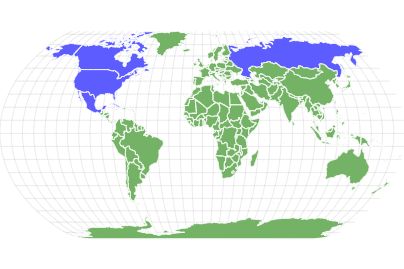 View all of our Sandhill Crane pictures in the gallery.

View all of the Sandhill Crane images!

They’re best known for their huge annual migrations that can blot out the sun.

Whether they’re elegantly hunting in a stream or migrating by the thousands, the Sandhill Crane is a beautiful and elegant bird that is sure to draw your eye. Their tall, grey bodies stand out against the green meadows they’re commonly found in. During migration season, nearly 450,000 of these birds fill the sky.

Where to Find the Sandhill Crane

Because Sandhill Cranes are so large, they are easy to find. You can spot them throughout North America if you go to the right spot. They are pretty populous, though some isolated populations in Cuba are endangered.

During the summer, they spend a lot of time in marshes and bogs across the southeastern United States. In winter, they form very big flocks and travel to places like Texas and New Mexico.

You can often hear their sounds from miles away, so you’ll know when a population is close.

These cranes prefer to isolate in isolated wetlands, which is why they are common in bogs and marches. They will nest within 300 yards of a larger wetland or within shallower areas. Often, they will nest in standing water on vegetation, though some will nest on dry ground.

However, we don’t know much about why different birds choose different sites. We also don’t know if males or females choose the site. With that said, we do know that a crane may re-use a nesting site with a new mate if their old mate dies.

The nests are built from vegetation, including sedges, cattails, bulrushes, and grasses. Early in the season, they use mostly dried plant materials. However, some birds add green materials as the season progresses to repair the nest. Using these larger materials, the birds will make a bowl-like nest, which they then line with smaller stems and leaves. Both mates build the nest, though the female arranges the materials carefully.

(In comparison, most males just make a mound.)

The Sandhill Crane belongs to the genus of large birds calls Antigone. This genus comprises four different species, which are all larger cranes. This genus spans the world, with species as far as China and Australia.

As you’d guess, this species belongs to the larger crane family called Gruidae. This family contains three genera with 15 different species. This family does not include herons, despite the fact that herons and cranes look similar. They aren’t super related.

Cranes belong to the order Gruiformes, which contains a number of different bird families. All of these species are “crane-like,” though that doesn’t mean that they are technically cranes.

Overall, the adult Sandhill Cranes are grey. However, they are usually stained with mud due to their tendency to stay near water, so they often look ochre. Usually, males weigh around 10 pounds, while females weigh closer to 9 pounds. However, certain birds can range from 6 pounds to 15 pounds.

Their bills are very dark, long, and pointy. They look, for lack of a better description, like cranes. In flight, you’ll notice their long, black legs trailing behind their body.

These cranes are well known for their loud, trumpeting calls. They have a unique windpipe that makes this sort of call possible. Mated pairs will call in unison to help them stay together and communicate. Often, these pairs are known for singing “duets” as well.

These cranes have pretty long wingspans at around 5 feet 5 inches to 7 feet 7 inches. Of course, larger birds will have larger wingspans. These birds are extremely prone to soaring – not flapping. They fly similarly to hawks and eagles. They expend little energy for this reason. Migratory flocks often contain hundreds of birds, and they can create clear outlines of the wind currents they are riding.

Sandhill cranes are fairly social. They live in pairs and family groups throughout the whole year, migrating together. During migration, cranes will form even larger groups with “strangers” to help ensure survival. These groups will forage and roost together. Often, they will continue to congregate in these groups in the thousands.

Sandhill Cranes are mostly herbivores. They eat many types of food, though, depending on what is available. These birds usually eat with their bills in the ground, as they search for seeds and other foods. They find foods in shallow wetlands most commonly, though they will also look in other habitats.

These cranes will commonly eat cultivated crops, including wheat and corn. Often, they consume lots of corn to prepare for migration, which helps them make the long journey.

When possible, these birds will also eat small mammals, insects, reptiles, and other small animals.

In the 1930s, the Sandhill Crane population was threatened. However, the population has since increased substantially. Today, they are considered Least Concern. However, certain subspecies are quite rare, as well as some isolated populations. The species as a whole is prosperous, though.

Many subpopulations are threatened by habitat loss as they lose the ability to choose suitable breeding grounds. Non-migratory birds are at a higher risk than migratory populations for this reason.

The species is also threatened by snow geese, which compete with them directly for corn that these cranes depend on for migration.

Furthermore, these cranes can be hunted legally in many states. Therefore, hunting can be an issue, as well. However, despite this, the species has increased its range and population over the last few decades.

Sandhill cranes are ground birds, which makes them very prone to predation. All sorts of mammals will prey on this bird, including coyotes, cougars, bobcats, raccoons, and foxes. Usually, these predators mostly hunt young, inexperienced cranes. Corvids and raptors may also eat young cranes and eggs.

In some areas, the alligator and crocodile become major predators, as well. Of course, this is only true where these animals are located.

Usually, these birds evade attack by taking flight. However, nesting birds may become aggressive and defend themselves against predators to protect their chicks and eggs. This bird’s bill is enough to pierce the skull of a small predator, so they aren’t to be trifled with.

Females will lay one to three eggs after they have built their nest. The eggs are dark brown with red markings, though there is a bit of variance from bird to bird. Both parents sit on the eggs for about 30 days.

When the chicks hatch, they are covered in down. Usually, the chicks stay in the nest for a week or so. However, there are some instances of them leaving before that. The chicks tend to be more capable than other species. The chicks do feed intensively in the first few weeks.

These birds will remain with their parents for about a year. They usually leave just as the parents lay their next brood. After leaving their parents, the chicks form groups with other young birds and nonbreeders. They form mated pairs between two to seven years of age.

The Sandhill Crane once had a decreasing population. However, today, it is increasing by a lot. Some subspecies are rare and struggling though. Non-migratory birds tend to do worse than those that migrate, likely because they are more affected by habitat loss.

We know that about 450,000 of these birds migrate yearly. However, we don’t know much about the non-migrating populations, as they are usually very isolated.

Some Sandhill Crane populations do migrate. Currently, there are around 450,000 of these migrating birds.

How Many Eggs Do Sandhill Cranes Lay?

Sandhill Cranes lay between one to three eggs. However, two is the most common.

How Fast Does the Sandhill Crane Fly?

These cranes are very good fliers, reaching speeds of 25 to 35 mph. They soar on air currents, which helps them save energy.

What is a Sandhill Crane's Wingspan?

Typically, their wingspan varies from 5’5″ to 7’7″. Larger birds have bigger wingspans. There is a slight size difference between subspecies.

When Do Sandhill Cranes Leave the Nest?

Sandhill cranes leave the nest between one to three weeks, usually. However, there are some recorded instances of them leaving very shortly after birth, usually due to water levels.

However, young birds stay with their parents for nearly a year.