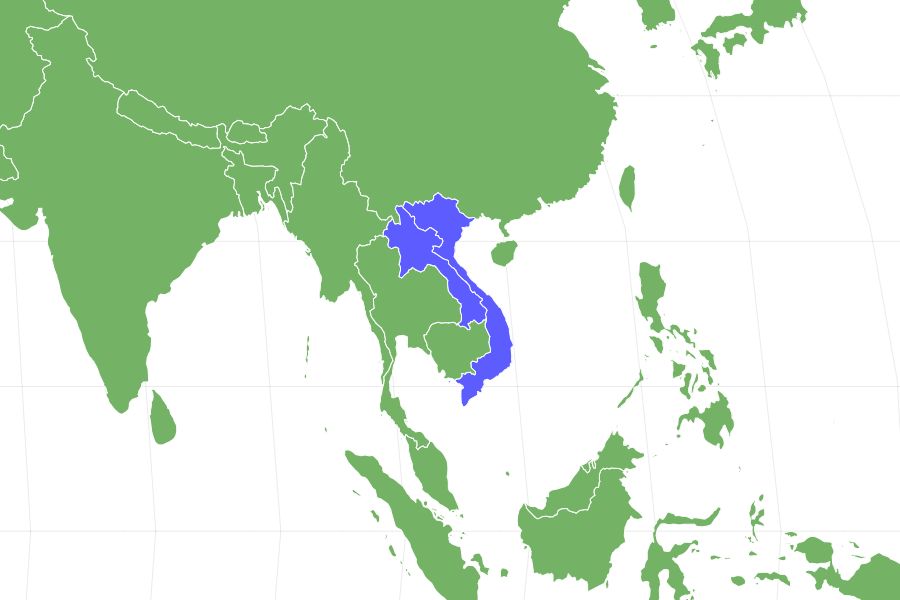 View all of our Saola pictures in the gallery.

View all of the Saola images!

The Saola is a species of Antelope natively found in the forests on the border of north-central Vietnam and Laos. They are one of the most recently discovered large mammals in the world but are now also believed to be one of the rarest with estimated population numbers just in the tens of individuals. Although the Saola is an animal that closely resembles the Arabian Desert Antelopes, they are thought to be more closely related to Wild Cattle. The Saola is such a distinctive and unique animal, that after their discovery in 1992, they were given a taxonomic group of their own. They are incredibly rare and elusive mammals, and still today, very little is actually known about the Saola. The Saola is also known as the Asian Unicorn, which is not thought to be particularly related to its long horns, but more the fact that it is just so rare.

The Saola is one of the most distinctive Antelope species in the world, with its most characteristic feature being the long and sharply-pointed horns that sit parallel on top of the animal’s head. These smooth horns are found on both males and females of the species and can grow up to 50cm in length. The body of the Saola ranges in colour from chestnut brown, to red, to almost black, with a dark, narrow stripe running along the back which ends in a small and fluffy black tail. The legs of the Saola are also black in colour, but it is on their face that their most distinctive white markings are found. The Saola’s fur is relatively thin and notably soft, and covers their thick skin which is thought to help to protect them from being too badly injured from the horns of other individuals.

The Saola is an animal that is thought to be found in what forest still remains in the Annamite Mountains that sit on the border between north-central Vietnam and neighbouring Laos. Although they are thought to exist in certain areas, no-one really knows for sure due to the lack of a proper formal survey. They have however been noted in 15 small pockets of forest between the two countries, generally at a mid-altitude range (between 400 meters and 1,000 meters above sea level). The Saola is most commonly found in dense, evergreen forests that are moist and have a good source of running water. Locals claim that the Saola spends its summer months further up the alpine slopes, venturing down during the winter when the water sources higher up have run dry and there is therefore also less to eat.

The Saola is thought to be a diurnal animal meaning that they are most active during the day-light hours, possibly resting out of sight to protect themselves from predators under the cover of night. They are thought to lead a generally solitary lifestyle, although reports of small groups of Saola are not unknown. These most commonly contain either two or three individuals, but claims from villagers suggest that they can congregate in herds of up to seven members. Male Saola are thought to be highly territorial and to roam a much larger range than their female counterparts, all though, are believed to mark their territory using a sticky, smelly liquid which is secreted from their large maxillary glands. They are believed to be alpine migrants in certain areas, following the water supplies up and down the slopes.

The Saola breeding season appears to coincide with the start of the rainy season which is around February to March in Vietnam and between April and June in neighbouring Laos. Males are thought to find a female that often co-inhabits a small part of the male’s range. After mating, females are thought to give birth to a single calf (much in the same way as other Bovine species) after a gestation period that is thought to last for between 7 and 8 months. Females have four nipples on their underside where the young can suckle milk from but very little is still known about the reproduction or the general life cycle of the elusive Saola. They are thought to live for between 8 and 11 years in the wild.

Like all other Antelope species and indeed Cattle, the Saola is a herbivorous animal that survives on a diet that is solely comprised of plants and plant matter. Although very few records exist on the Saola in their natural environment, they are thought to primarily feed on the leaves of fig and other trees and bushes, that grow along the moist riverbanks. The Saola is also thought to feed on fruits, seeds and berries from these plants, along with munching on grasses and herbs that grow on the ground, rather than above it. They are known to be browsing animals that nibble from plant to plant throughout their habitat, and are nearly always found close to a source of fresh, running water such as a small slow-moving river or mountain stream.

Although very little is still known about the rare Saola living deep in the jungles, they are thought to be mainly preyed on by larger animals including Tigers and Crocodiles that they share their habitats with. The biggest threat to the Saola however, is the hunting of them for their horns which are a prized trophy amongst locals. Not only that but they are also commonly caught in traps that are set for other animals and have been severely affected by habitat loss through both deforestation and growing Human settlements in the fertile lowlands around the base of the mountains, where they would have once most commonly roamed.

The Saola is one of the most recently discovered large mammals, as it was first known to science as recently as May 1992. During a joint survey that was conducted by the Ministry of Forestry of Vietnam and WWF, the unique horns of the Saola was spotted in the houses of local hunters, which led to an investigation into the animal and the areas in which it lived. Nearly all of the information that exists on the Saola, actually comes from 13 individuals that were held in captivity (6 in Vietnam and 7 in Laos) after their discovery and from reports by local villagers. Sadly however, all but two of these Saola individuals died whilst being studied and there are no Saola found in captivity anywhere in the world as they do not seem to survive at all well in conditions outside of the those that they have naturally adapted and evolved to.

The Saola was once thought to actually primarily inhabit more lowland forests towards the base of the mountains. However, with growing Human settlements, they have been pushed higher and higher up the slopes and are now unable to enter much of their historical forests as they simply no longer exist. Having been hunted specifically as a species by Humans in the past, today hunters are still among the Saola’s biggest threats. As a protected species, they cannot be hunted but often get caught in snares and traps that are set up in the forests where they exist, mainly to catch Wild Boar and Deer. Despite this though, extensive work is being done throughout much of their natural range to ensure that they more commonly exist in areas of protected forest that are not at as much risk from hunting and poaching.

Today, the Saola is listed by the IUCN as being an animal that is Critically Endangered in its natural environment. Despite the fact that no formal survey has been conducted, the IUCN estimates that populations could have been as low as 250 when the Saola was first recorded in the summer of 1992, a number that is thought to have dropped significantly since then due to the increased growth of Human settlements. WWF claim that the rareness, distinctiveness and uniqueness of the Saola, make it one of the greatest priorities to conservation in the Indochina region today. A small 61 square mile reserve has just been set up in the Quang Nam province in central Vietnam, specifically to try and protect the dwindling populations of Saola today. Learn more about the most endangered species on the planet here.

Are Saolas herbivores, carnivores, or omnivores?

What Kingdom do Saolas belong to?

Saolas belong to the Kingdom Animalia.

What class do Saolas belong to?

Saolas belong to the class Mammalia.

What phylum to Saolas belong to?

Saolas belong to the phylum Chordata.

What family do Saolas belong to?

Saolas belong to the family Bovidae.

What order do Saolas belong to?

Saolas belong to the order Artiodactyla.

What type of covering do Saolas have?

Saolas are covered in Fur.

What genus do Saolas belong to?

Saolas live in the mountains of the Vietnam-Laos border.

In what type of habitat do Saolas live?

What are some predators of Saolas?

Predators of Saolas include humans, tigers, and crocodiles.

How many babies do Saolas have?

The average number of babies a Saola has is 1.

What is an interesting fact about Saolas?

Saolas have only been known to science since 1992!

What is the scientific name for the Saola?

What is the lifespan of a Saola?

How many species of Saola are there?

There is 1 species of Saola.

What is the biggest threat to the Saola?

The biggest threats to the Saola are habitat loss and hunting.

What is another name for the Saola?

The Saola is also called the Asian unicorn.

How many Saolas are left in the world?

There are less than 250 Saolas left in the world.

How fast is a Saola?

A Saola can travel at speeds of up to 23 miles per hour.