Rattlesnakes are native to the United States, but how many species does each state boast? If you have ever wondered what the rattlesnake population is by the state, here is a comprehensive list.

Say Hello to the Rattler

The warning rattle of this pit viper has made it one of the most famous snakes in the world. These snakes live in most states, and their venom can be highly toxic to humans. Fortunately, they are shy snakes, and human encounters are rare. Rattlesnakes are critical members of their ecosystems.

It is always smart to be on the lookout for snakes when you’re hiking, and it’s especially smart to heed a hissing, rattling snake. If you see one, don’t approach it or antagonize it. It will probably leave you alone if you do the same.

Where do rattlesnakes live?

There are more than 30 species of this snake native to the U.S. Like most snakes, rattlers prefer warm, sunny weather and dense vegetation. They live in deserts, mountainous regions, forests, and prairies.

Rattlesnakes are carnivores that eat mice, voles, chipmunks, and other small mammals. Like all snakes, they are extremely important for controlling rodent populations.

What is therattlesnake population in the United States?

Surprisingly, there are no official numbers available for snake species. Although we know snake populations are declining in the United States and globally, we don’t actually know how many there are.

Scientists are working on ways of improving their ability to monitor snake populations, but reliable estimates are currently not available. In this list, we’ve compiled all the rattlesnake species that are native to each state.

Alaska has no rattlesnakes. In fact, it has no snake species at all.

With 14 species, Arizona has more types of rattlesnakes than any other state. They are:

California’s native rattlers are the:

The state’s only rattler is the timber rattlesnake, which is also endangered in the state.

The timber rattlesnake is the only one in this state.

Florida has many snakes, but only three of its species are rattlers:

Hawaii has no rattlesnakes.

The state has more than 30 snake species, but only two are rattlesnakes:

Of its three species, the canebrake is the most common rattler in Louisiana—and the most dangerous. It can grow up to 8 feet long and is extremely venomous.

Maine once had timber rattlesnakes, but it no longer does.

With the copperhead, the timber rattlesnake is one of only two Maryland snakes whose venom is dangerous to humans. The state has other venomous snakes, but their venom is not strong enough to harm humans.

The timber is the only rattlesnake in the state. It is classed as critically endangered in Massachusetts.

The eastern massasauga is the state’s only venomous snake.

There are no rattlesnakes in the state.

With lots of land and many different ecosystems, it’s natural that Texas should have a good variety of rattlesnakes. Its nine are:

Utah has 30 snake species, and six of them are rattlesnakes. Its species include the Hopi rattlesnake, which is a subspecies of the prairie rattlesnake.

The timber rattlesnake is the state’s only venomous snake and is critically endangered. It is listed as a Species of Greatest Conservation Need in the state’s Wildlife Action Plan.

With the cottonmouth and copperhead, the timber rattlesnake is one of three venomous snakes that are native to Virginia.

The timber rattlesnake is West Virginia’s official state reptile. It is listed as a species deserving special protection under state law.

Wyoming’s two rattler species are the state’s only venomous snakes: 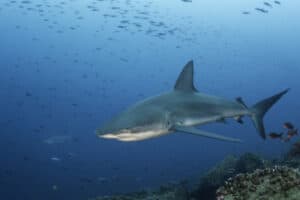 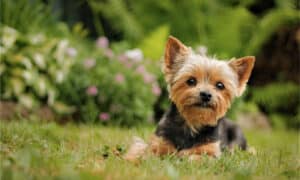 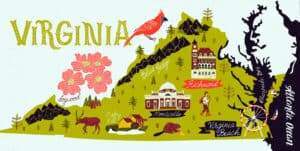