Top 10 Birds You Can Spot on National Bird Day

January 5th is National Bird Day and the best way to celebrate is by spotting your favorite avian species. Birdwatching is a favorite pastime of many animal-lovers. Whether it is using binoculars from your backyard to identify the birds visiting your birdfeeder or traveling across the country in search of a particular owl, birdwatching is one of the most fulfilling ways to celebrate birds.

Whether your birdwatching adventures are close to home or you trek into the wilderness, listed here are A-Z Animal’s Top 10 Birds for spotting on National Bird Day.

The Rufous hummingbird is a backyard favorite. The tiny bird has been spotted in every U.S. state with the exception of Hawaii. The Rufous hummingbird lives off the sweet nectar of flowers and also drinks the sugar water placed in popular hummingbird feeders. Most hummingbirds weigh less than a nickel making them the smallest migratory birds. Each year the hummingbird travels between Alaska and Mexico to follow the most optimal weather environment.

The black-capped chickadee is one of the most common sightings for backyard birdwatchers. The little birds are chirpy, feisty, and a joy to watch despite their hyper-popularity. Chickadees don’t migrate and often live their entire lives in one region. Due to their wintering habits, the little birds need twenty times more food in the winter than during the summer. So if you notice chickadees in your yard, make sure to keep the birdfeeder stocked for the winter!

More Great Content:
10 Spiders in Indiana
King Cobra vs Lion: Who Would Win…
The 10 Most Dangerous Dog Breeds in…
Blue Whale Size Comparison: Just How Big…
The 10 Largest Man-Made Lakes in the…
Discover 6 of the Clearest Rivers in…
Boston Terrier vs Pug: 5 Key Differences
Inland Taipan vs Mongoose: Who Would Win…
Australian Shepherd vs Australian Cattle Dog: What…
The Top 9 Largest Flying Birds in…
English vs American Golden Retriever: 5 Differences
10 Spiders in Georgia
10 Spiders in Illinois
The 7 Most Aggressive Sharks in the…
Aussiedoodle vs Goldendoodle: 5 Key Differences
King Cobra vs Mongoose: Who Would Win…
The 15 Deepest Lakes in the United…
Are Otters Dangerous?
Roman Rottweiler vs German Rottweiler: 8 Differences
The 10 Longest Rivers in North America

Though definitely more common in the Northwest United States, bald eagles are one of the nation’s most popular birds to spot. The bald eagle is the United States’ national bird and therefore one of the most recognized birds of the general public. With wingspans of up to six feet, the bald eagle is a majesty to behold. However, they aren’t rare in all of the United States. Many Alaskans refer to the eagle as their version of a pigeon due to its prosperity in Alaskan towns such as Sitka and Ketchikan.

Though the bald eagle may be one of the most recognized birds in North America, the American robin is the most recognized bird in North America. This is due to two reasons: the first is that the American robin has based their survival around living near people in towns, parks, and neighborhoods. The second, is that the robin is often regarded as a symbol for the start of spring. Once people begin to see this red-bellied bird, they know spring is on its way!

The pileated woodpecker is the largest, and most common woodpecker in the United States. Though more common in Eastern states, the woodpecker has been spotted in most of the country.  To spot a woodpecker, you first have to listen for them. The bird can peck at 20 pecks per second. They do this to drill into a tree for food, establish their territory, or attract a mate. This pecking is what distinguishes the woodpecker from other birds. When you first hear the bird, make sure to look for their feathered red head! Despite the red coloring, the woodpecker is an expert at camouflage.

The European starling is an invasive species in North America, but is also one of the most common birds on the continent. First released in Central Park in 1890, the bird has adapted and thrived in the North American environments. Due to their toughness and adaptability the starling can be spotted all across North America. The little black bird is speckled with white spots resembling stars and giving the bird its name.

Seagulls may seem like a weird choice for this list, but the bird has long been one that people look for and that brings news when spotted. For sailors, seagulls represented land. Members of the Mormon church credit the bird with saving them from a cricket epidemic. The birds themselves are also known to be incredibly intelligent. To imitate rainfall and entice worms to the earth’s surface, the birds will stamp their webbed feet. Though often regarded as pests, seagulls are actually one of North America’s most undercover bird geniuses.

Mourning doves can be found across North America. Their song sounds like a lament hence their name “mourning dove” rather than “morning dove” as it is commonly mistaken for. Mourning doves are also the most hunted bird in the United States due to their abundance and social habit of traveling in groups. The dove can be spotted either foraging for food on the ground or sitting on telephone wires in most states.

Not to be confused with their ultra-rare cousin, the Whooping crane, Sandhill cranes are commonly found in marsh areas across North America. The bird often stands still in the marshes in wait for an unlucky fish or other prey to swim by.  These birds are tall and white. However, despite their size the Sandhill crane is skittish meaning it is unlikely that even the most patient birdwatcher will get close to the crane.

Not only are barn owls one of the most common owl species in North America, but they can be found across the world. However, the barn owl may be one of the hardest birds to spot on this list. Owls tend to hunt at night due to their excellent night vision and hearing abilities. Barn owls are also silent in flight, so more often than not you won’t even be able to hear if one is near. The only sign a barn owl may give to its location is its distinct hoot. 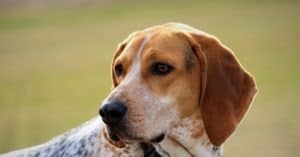 American coonhounds have the skills to climb trees while pursuing a raccoon or other animal. 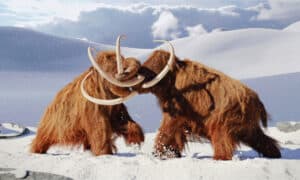