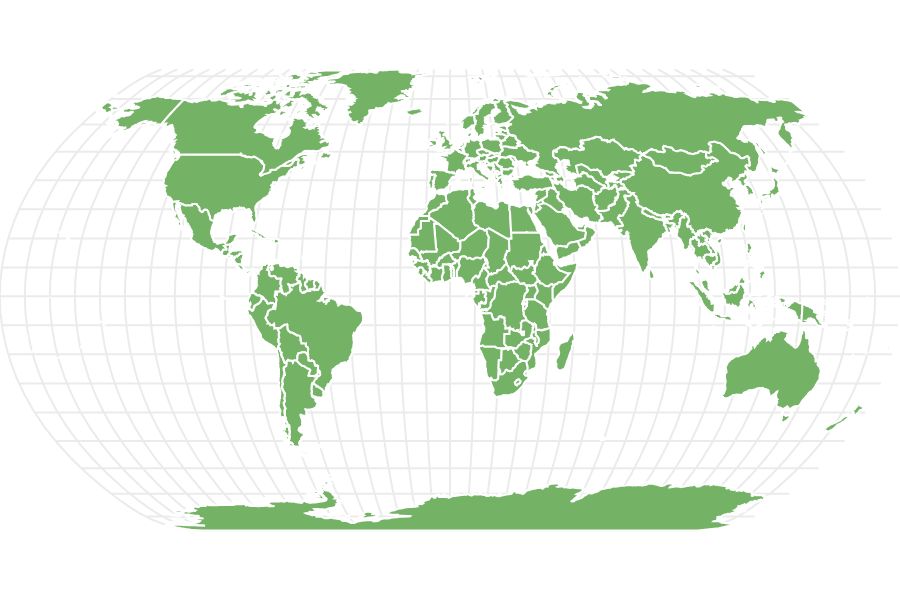 View all of our Antarctic scale worm pictures in the gallery.

View all of the Antarctic scale worm images!

Antarctic scale worms are cousins to more than 900 types of scale worms living in the planet’s oceans. This particular type lives in the frigid waters around Antarctica in the Southern Ocean at a depth of 1,706 to 2,198 feet (520 to 670 meters). Because of its surprising appearance and size, many people refer to the worm as alien-like or nightmarish.

The Antarctic scale worm lives deep on the ocean floor where it conceals itself under sediment and attacks nearby pantopoda sea spiders and possibly other marine life. It has a proboscis that extends from its head for feeding like a butterfly or moth. But this tubular, sucking mouth measures more than one-fourth of its body size at up to 7cm in length. The proboscis also has powerful jaws with teeth designed to bite and tear into the flesh of fish and other marine creatures. After feeding, the mouth proboscis turns inside-out, folds up and disappears into the worm’s body.

On its backside, the worm has 15 pair of protective scales that work like armor for its body, similar to the land-based armadillo. These elytra also help them blend in with the ocean floor when they bury themselves in the sediment.

Antarctic scale worms are ocean-dwelling annelids. Annelids are segmented worms like earthworms, caterpillars and more than 900 species of scale worms that live underwater. The creature’s scientific name is Eulagisca gigantea, “gigantea” representing the worm’s gigantic size in comparison to many marine worms.

The gold scale worm was classified and named in 1939 by Charles Carmichael Arthur Monro of Scotland, a zoologist in the British Museum of Natural History.

Antarctic scale worms grow up to a giant 8 inches (20 cm) in length. They are virtually flat from their back to their abdomen. But across the back or abdomen the worms are up to 4 inches (10cm) wide.

These sea creatures have 40 body segments covered by 15 pairs of scales called elytra. Overall, their head is oval shaped. It features a tube proboscis that ends in a large pair of jaws with sharp teeth and a tearing bite. The head is about one-fourth the size of the rest of the body. This head retracts into the body when the worm is not feeding, much like a turtle’s head into its shell.

The worm’s body and head are grey-brown in color. Hundreds of yellow-gold bristles called chaete extend outward from its body in tufts on each side along its length. The color of the body and its protective scales help it hide in sediment on the sea floor. Its bristles help propel the worm through the water like legs along with movement of its scales. It also uses these movements to navigate along surfaces like the ocean floor and bury itself in the sediment.

Antarctic scale worms live solitary lives, except during reproduction. It is both defensive and aggressive, being a skilled predator of pantopoda sea spiders.

Antarctic golden worms live deep in the Southern Ocean of Antarctica, along the ocean floor at depths of 1,706 to 2,198 feet (520 to 670 meters). They are a species discovered only in the past hundred years.

While little facts are known about them, it is clear that these scale worms are well-adapted to survival far below the polar ice. They are also known to live primarily on the ocean floor, burrowing slightly beneath the bottom surface to hide. There, they invisibly wait for sea spiders and other passing prey.

Antarctic scale worms are hunted by cock shrimp. Being carnivores themselves, the scale worms hunt sea spiders. Some researchers also believe that they are cannibals, eating other scale worms.

Cock shrimp are the biggest predator of Antarctic scale worms. These shrimp share a habitat with the worms and typically look for opportunities to strike an unsuspecting worm passing by. The shrimp uses its front spear, called a telson, to stab its prey. This telson has seven pair of spikes that work much like knives.

What does the Antarctic scale worm eat?

Antarctic scale worms are known to prefer pantopoda sea spiders as a major part of their diet. The ocean-dwelling spiders are much like those found on land with eight legs and a round body. Researchers also think that the worms eat their own kind, possibly being cannibalistic.

The IUCN does not provide a conservation status for these Antarctic golden worms. They are relatively newly discovered species and their status and many other facts about them are not yet known.

Antarctic scale worms are gonochoric. This means that they are either male or female and reproduce by mating male to female. Females attract males by producing a pheromone that tells the males they are ready to mate. This triggers the male’s body to shed sperm. After the sperm are produced, the female sheds her eggs. This process is called swarming.

Once released into the water, the female’s eggs are fertilized by the male’s sperm. The fertilized eggs typically drift freely in the water like plankton. These eggs develop into larva. After the larva stage their bodies lengthen to the adult size.

It is not yet known how many Antarctic scale worms exist in the Southern Ocean. Scientists also do not know whether their populations are stable, increasing or decreasing.

View all 126 animals that start with A

Antarctic scale worms are carnivores. They have teeth and jaws designed to tear apart meat. Their diet includes sea spiders. Some researchers believe they also feed on other scale worms, even their own kind.

How big is an Antarctic scale worm?

Antarctic scale worm adults are typically a giant 20cm long and 10cm across. Their bodies are flat, however. This flat body enables them to burrow under the top layer of sediment on the ocean floor. There, they conceal themselves until a sea spider or other prey passes by.

What do scale worms eat?

Antarctic scale worms eat sea spiders and other small marine life. They are carnivores. Researchers have documented belief that the scale worms also may eat their own kind.

What is scary about the Antarctic scale worm?

These worms are considered scary to some people because of how they look. Many people call them “nightmarish” or “alien-like.” Indeed, they feature jaws like those often used in Hollywood sci-fi films. Their teeth are also scary, protruding from their mouths in an aggressive-looking manner.

How do scale worms move?

Scale worms move themselves through water, along the sea floor and beneath sediment using their articulated bodies and the bristles that line the sides of their bodies. They move much like land-based worms, expanding and contracting segments of their bodies to move. This action moves the bristles in a flowing motion, working much like hundreds of tiny paddles or legs in the water.