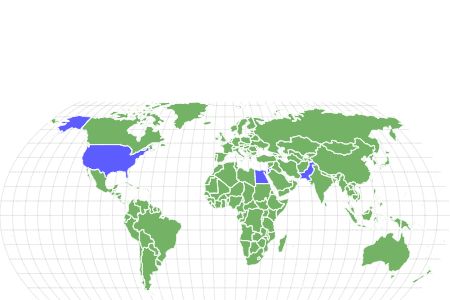 View all of the Basilosaurus images!

If you thought that Tyrannosaurus Rex was the king of all prehistoric creatures, you may be surprised to hear of another reigning king that lived in the oceans. Basilosaurus, or the “king lizard,” was a prehistoric whale that dominated the sea. Weighing up to 10 tons, these giant animals lived after the dinosaurs had gone extinct when mammals started to develop in greater numbers.

Basilosaurus is a genus of ancient whales that is a member of the Basilosauridae family and Cetacea infraorder. Modern whales, dolphins, and porpoises are members of the Cetacea infraorder, although they diverge from Basilosaurus with their families. Basilosaurus belongs to the Artiodactyla order, along with other mammals with an even number of toes. While they did not have toes, they were descended from land creatures which is why they are included in that order.

Basilosaurus was large and in charge in the oceans. The name refers to a genus with two species members: Basilosaurus cetoides and Basilosaurus isis. Both were between 44 and 66 feet long, although B. isis were often on the shorter end of that range. They were roughly the length of modern Humpback whales. The largest animal known to exist is the Blue Whale, which can be up to 100 feet long.

While they were quite large, these whales had small brains. Scientists believe that this shows that they were incapable of herd movement or even echolocation. They did have complex ear structures, although not all aspects were useful during their lives underwater. These whales had marrow-filled vertebra and bones, which helped them stay near the surface of the water as they swam.

Diet – What Did Basilosaurus Eat?

Basilosaurus had teeth, which can tell scientists a lot about their diet and how they lived. Their teeth show signs of wear. This indicates that basilosaurus chewed their food before eating it. They probably had to eat a lot to maintain their large size. Fortunately, there was no shortage of food sources for these hunters.

The two species, B. cetoides and B. isis, likely had different diets and preferences. B. cetoides remains have shown fish and sharks in their stomachs. Due to their large size and the presence of teeth, these whales were likely predators who hunted their food. B. isis exhibited the same behavior but probably favored Dorudon, an ancient sea mammal similar to a dolphin.

Discoveries of intact Basilosaurus skeletons help researchers know more about their diets. One full skeleton was found in Egypt that had other skeletons in the stomach. These include fish and Dorudon. Sharks and prehistoric elephants that ventured near the water were also known prey for Basilosaurus. Because of their large size for the time and the type of teeth they had, it is likely that these ancient whales chewed meat and fish for most of their meals.

These large whales lived during the Eocene epoch, around 40 million years ago. They evolved as sea mammals, similar to modern-day whales. In fact, Basilosaurus were the first type of prehistoric whale ever discovered. Modern whales are not descended from Basilosaurus, however. This entire genus went extinct at the end of the Eocene epoch. They did experience similar evolution, however.

These sea animals likely lived in the prehistoric Tethys Ocean. As landmasses shifted and moved, this area became the modern-day Indian Ocean and Atlantic Ocean. The presence of Basilosaurus fossils in Egypt, Northern Africa, Jordan, and Pakistan show that they were common to this area when it was underwater.

Basilosaurus fossils are also common in the American South, especially in Alabama, Louisiana, and Mississippi. Before much was known about these ancient animals, many communities used their large vertebrae for furniture. Now, the Basilosaurus is the state fossil of Alabama and Mississippi.

Basilosaurus were at the top of their food chain in the water. They were large, carnivorous, and had the teeth to take down prey. Fish, sharks, Dorudon, and even other whales were no match for the Basilosaurus. Even prehistoric elephants that lived in the area during the Eocene epoch, could have been convenient food for Basilosaurus if they got too close to the water.

Like any animals, injury and illness could have disastrous effects on Basilosaurus. Young and old whales were particularly vulnerable to any sort of impact. Changes in their food source could have also had a negative impact on the Basilosaurus population. Competition for food among these animals could have led to the weaker ones having a hard time surviving. Basilosaurus probably did not live in herds and vulnerable animals would have been prime targets for other predators or for starvation.

The larger of the Basilosaurus species, B. cetoides, was discovered in Louisiana and Alabama. Researchers discovered fossils of this giant whale and eventually brought vertebrae and teeth to the UK for identification and comparison to other similar specimens. The key aspect that differentiated these fossils from others, other than their size, was the type of teeth. Scientists realized that the animal was a mammal that lived in the ocean.

B. cetoides is actually the state fossil of both Alabama and Mississippi. The large vertebrae were even used as furniture in these regions because they were so plentiful. Once researchers knew more about these fossils, new discoveries went to scientific research rather than home decor.

Another key discovery occurred in Wadi El Hitan in Egypt. This massive sandstone formation contained so many whale fossils and skeletons that it became known as the “Valley of the Whales.” Included in this are Basilosaurus specimens. A key discovery in 2016 of a complete Basilosaurus skeleton at Wadi El Hitan taught researchers a lot about its structure and life. Skeletons of its prey were also found in the stomach. These included Dorudon and fish skeletons.

One man sought to dazzle the public (and make some money for himself) with the discovery of a sea monster, which he called Hydrarchos. This specimen was actually a collection of Basilosaurus and other bones that he reassembled to make it look like a sea monster. Scientists noted that the teeth and bones were all of different ages and time periods. This made even the general public realize that his discovery was actually a scam.

The oldest evidence of the Basilosaurus dates to around 33.9 million years ago. A large-scale event that heralded the end of the Eocene epoch likely impacted the Basilosaurus, like many of the other species that went extinct during that time period.

This extinction event may have been something significant like a meteor, based on evidence of impact zones. Other hypotheses point to gradual cooling that changed the available food sources for all animals, which eventually led to the extinction of many species, including Basilosaurus.

Similar Animals to The Basilosaurus

Similar ancient and modern animals to the Basilosaurus include:

When was the Basilosaurus Alive?

Basilosaurus lived during the late Eocene epoch, which ended 33.9 million years ago. It is likely that these animals went extinct due to environment cooling which impacted the entire eco-system and their food sources.

How Big was the Basilosaurus?

Basilosaurus measured between 44 and 66 feet long, similar to modern Humpback whales. They were large for the time period, however, and often the largest and most formidable predator in their environment.

Is Basilosaurus a dinosaur?

While they are prehistoric animals, Basilosaurus is not a dinosaur. Due to its tooth structure, scientists classify Basilosaurus as a mammal rather than a dinosaur or reptile. It has gone through different classifications since scientists first discovered it. In fact, its name Basilosaurus incorrectly identified it as a reptile at first. After researchers learned that it was actually a mammal, it continued to be known as Basilosaurus due to conventions of scientific naming that had it remain under its first name.

Is Basilosaurus related to whales?

Basilosaurus is an ancient whale. Basilosaurus refers to a genus within the Cetacea infraorder that includes modern whales, dolphins, and porpoises.