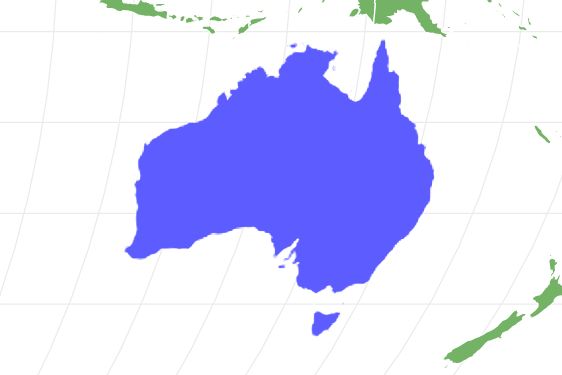 View all of our Bilby pictures in the gallery.

View all of the Bilby images!

“The Bilby is Australia’s answer to the rabbit, sort of.”

Of all the charming and unusual creatures found in Australia, the bilby, also called the pinkie, the dalgyte or the rabbit-eared bandicoot is one of the most endearing. An omnivore that looks somewhat like a rabbit with its huge ears and somewhat like a possum with its long tail and long snout, this nearsighted little animal comes out at night to hunt and forage. Considered an ecosystem engineer, the bilby digs pits as it looks for food. These pits become fertile areas that help germinate seeds that would have difficulty sprouting anywhere else. Here are some facts about this little creature:

The bilby’s scientific name is Macrotis lagotis. Macrotis is Greek for “big-eared,” and lagotis is derived from “lagus,” the Greek word for “hare.” There is only one species, the Greater Bilby. The Lesser Bilby is extinct.

The pinkie is an animal that’s around 11 to 22 inches long with silver-gray fur that has a silken feel, much like a rabbit’s. Their very long ears are one of the first things that a person notices about them. They not only give the animal an excellent sense of hearing but help cool them down in the hot desert climate. A male bilby is more robust than a female and can weigh twice as much. A large male bilby is about as big as a rabbit. He also has bigger canine teeth and a larger forehead. All bilbies have long snouts with sensitive whiskers.

Unlike a rabbit, the bilby has a long, tri-colored tail that’s between 7.9 and 11.4 inches long. The first part of the tail is the same color as the body, then it’s black, and the last 40 percent or so is white. The front legs, which are strong for digging, have five toes each. Three of the toes have claws and the other two don’t. Their hind limbs are also strong and kangaroo-like, but the animal prefers to run as opposed to hop.

Another interesting fact about bilby physiology is its tongue. Like an anteater’s, the bilby’s tongue is long, thin, and sticky. This allows the animal to gather ants and termites without actually tearing apart their colonies and entering them, for the soft fur offers no protection against bites and stings. The dalgyte also uses its tongue to pick seeds up off the ground. Unfortunately, this also causes bilbies to ingest a good deal of sand and soil, but it doesn’t seem to affect the animal overly much. Bilbies have bad eyesight, but their sense of smell and hearing are acute.

The pouch of the female bilby opens in the back so it doesn’t get filled up with dirt as she digs her burrow. She has eight teats, and some are inside her pouch and some are outside. They produce different types of milk. The inside teats help the nearly embryonic joey to develop, and the outside ones provide nourishment for the joey who has left the pouch. Unlike kangaroos, baby bilbies don’t return to their mother’s pouch once they’ve left it.

Bilbies are usually solitary, though two females may sometimes travel and live together. They are expert diggers and can dig several burrows with one entrance and a number of exits, again the better to deter predators. These burrows, unusually, spiral down and can be 6.5 feet deep and nearly 10 feet long. Besides protection from predators, burrows protect the bilby from inclement weather, including the harsh desert sun. They also serve as nurseries where female bilbies keep their babies while they forage. Dalgytes move frequently between their burrows.

The home ranges of bilbies tend to overlap, but they are not particularly social save during the breeding season.

Bilbies are nocturnal, so their bad eyesight isn’t an impediment to them hunting and finding food. They leave their burrows at sunset to hunt and come back before the sun rises. Their excellent sense of smell allows them to find caches of buried food and identify other bilbies through the scent markings they leave behind. Their huge ears allow them to hear the movement of underground prey as well as the approach of predators.

Males mark the entrance to their burrows with their scent, and they also leave their scent in the burrow of a female they’ve mated with. This reinforces a dominance hierarchy among male bilbies. Males of lesser status do not mate with females whose burrows have been marked by a dominant male, and dominant males mark over the scent marks left by subordinate males. Females see no need to scent mark their burrows.

The rabbit-eared bandicoot used to be found in 70 percent of Australia, including city parks. Now it is restricted to dry and semi-dry areas with rocky or clay soil, shrublands, and grasslands. It has been extirpated in South Australia, though there are efforts to reintroduce it. The animal actually prefers to live not only in dry areas but in places where there are fires from time to time. Fires cause the plants that it likes to eat to germinate.

The dalgyte is an omnivore, which means its diet includes plants, animals, and fungi. Animals include worms, snails, insects, and other invertebrates and mammals even smaller than themselves. They’ll also take eggs. When it comes to plant material, bilbies eat bulbs, seeds, nuts, grains, grasses, and fruit. They dig up buried food with their front legs and claws. How much animal or plant material they eat depends on what is available. Because their food gives them all the moisture they need, bilbies don’t need to drink water.

Normally, bilbies are preyed upon by monitor lizards and birds of prey as well as carpet pythons. However, many of the predators that have helped to decimate the bilby’s numbers were introduced by humans. These include cats, dingos, and red foxes. Dingos were introduced thousands of years ago by the continent’s aborigines, while cats and red foxes were brought over in the 19th century by Europeans. They spread so rapidly that they destroyed and decimated a variety of native Australian animals, including the rabbit-eared bandicoot. Ironically, cats were brought over to control the other pests brought over by settlers, including rabbits, and red foxes were introduced so the settlers could go fox hunting.

Not only do predators such as cats, foxes, and dingos eat bilbies, they bring diseases to which the dalgyte has no immunity. The bilby picks up these diseases as they dig into the ground contaminated with the waste of these predators. Bilbies are also pushed out of their habitats by human development and are regularly run over by cars on the road. Because of all this, the pinkie’s IUCN conservation status is listed as vulnerable, and it is listed as endangered under the United States Endangered Species List.

What eats the bilby?

The bilby is eaten by animals such as dingos, pythons, birds of prey, and monitor lizards. Foxes and cats also prey on the bilby.

What does the bilby eat?

The bilby eats mammals smaller than itself, small lizards, insects, snails, termites, ants, and plant material such as seeds, fruit, and bulbs.

The rabbit-eared bandicoot is polygynous, which means males mate with more than one female. A male mates with a female who’s equal to him in the dominance hierarchy and goes on to mate with females who are lower in the rankings. The male will find a female who is in estrus, follow her around then sniff her. She may sniff him back or reject him if he is of lower status. Then, they’ll mate underground in her burrow. Mating sessions sometimes take the better part of a day. Afterward, he’ll mark her burrow with his scent as a warning to other males to leave her alone, then go off and find another female.

The female bilby is pregnant for only two weeks or so, then she’ll give birth to a premature baby that climbs through her fur, finds her pouch, and latches on to a teat. It will stay in the pouch for about 75 days. After the joey leaves the pouch it will not return, but the mother nurses it for about 14 more days. After this, the baby is independent and leaves her burrow for good. It is not unusual for the female to have become pregnant again just as her first baby becomes independent.

The oldest captive bilby lived for about 10 years, though if they survive infancy, a bilby usually lives six to seven years. Scientists don’t really know how long bilbies live in the wild.

These animals are endangered in its native Australia, and scientists estimate there are less than 10,000 of them left. Their numbers have plummeted due to predation by invasive species and habitat fragmentation and destruction as humans take up more and more of their land.

What is a bilby?

A bilby is a small, omnivorous marsupial that’s found in Australia. It looks like a mashup of a rabbit, a honey possum, and a rat.

How many bilbies are left?

There are probably less than 10,000 bilbies left in the wild.

The Greater Bilby is not extinct, even though it is endangered. The Lesser Bilby is believed to have gone extinct in the 1950s.

Bilbies do not lay eggs like their fellow marsupial, the echidna. It is possible that some people believe they lay eggs because chocolate bilbies are grouped with decorated eggs during Easter.

Where are bilbies in Australia?

Bilbies live in the deserts and grasslands of central and northwestern Australia. These deserts include the Gibson Desert, the Great Sandy Desert, and the Tanami Desert. They’re also found in southwest Queensland’s Mitchell grasslands.