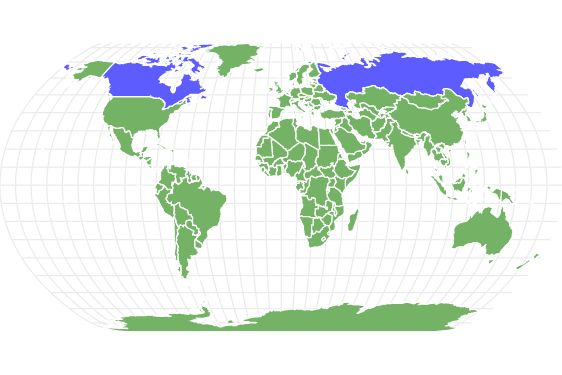 View all of our Box Tree Moth pictures in the gallery.

View all of the Box Tree Moth images!

Box Tree Moths, scientifically known as Cydalima perspectalis, are native to Asia and some parts of Russia.

They have since been introduced across many regions and are considered an invasive species in some areas. Their preferred food is boxwood and they can cause great harm to these plants if left unchecked. They can be difficult to spot, especially while still eggs or larvae. Make sure to check boxwood plants for infestation.

The Cydalima perspectalis is the scientific name of the Box Tree moth. They are part of the Crambidae family, also known as grass moths. Don’t let the name fool you, however. These moths not eat grass. They belong to the Lepidoptera order, which includes both butterflies and moths.

While butterflies fold their wings behind them vertically while at rest, moths keep their wings extended around their body. For Box Tree Moths, this shows their distinct markings and coloring. Noting their wing design helps researchers, pest eradication experts, and interested observers see and identify Box Tree Moths.

There are only one species of Box Tree Moth. Nonetheless, they are plentiful and spreading to new parts of the world. When they infest a boxwood plant, these moths cause noticeable damage.

Adult moths are easy to distinguish with their lighter-colored wings. While many moths are brown or grey to blend into their surroundings, the Box Tree Moth is mostly white or light brown. Their wingspan is between 1.5 and 1.75 inches.

There are two main adult forms. The lighter Box Tree Moth has mostly white wings with brown edges. The darker form has brown forewings and hindwings, as well as a brown body. The lighter form is more recognizable, although both are members of the same species.

The USDA recommends keeping a close eye on Boxwood plants that may be infected with Box Tree Moths. Infected plants will likely have visible signs on the plant’s leaves, including eaten leaves and eggs visible on the underside. To prevent further inspection, the USDA also sends experts out to identify and treat Box Tree Moths when people suspect them in their plants.

If you are looking for Box Tree Moths to keep them at bay, the best time to find them is when they are still eggs. The adult female lays eggs on the leaves of Boxwood plants. These egg masses are often found on the underside of leaves. Make sure to lift up and look under leaves when inspecting your plants.

The larvae form of Box Tree Moths is green and black. They can grow up to 1.5 inches before they form pupae and turn into a mature Box Tree Moth. They grow rapidly during this period so you may find them at various lengths, depending on where they are in the life cycle.

Box Tree Moths were introduced to Europe, Canada, and North America. They were often carried on infected boxwood plants, their preferred host plant. In these places, the Box Tree Moth has become a pest that threatens native plants and impacts the ecosystem.

When they do travel from one place to another on plants, Box Tree moths often travel in the egg or larvae form. Mature moths do not fly long distances and are not large and hearty enough to disperse as adults.

The expansion of these moths from their native habitat to new areas is relatively recent. It was only in the last ten years that Black Tree Moths were discovered outside of Asia and Russia. Their arrival in the United States occurred in 2021 when infected Boxwood plants were shipped from Canada to nurseries and facilities in Connecticut, Massachusetts, Michigan, New York, Ohio, and South Carolina.

These moths prefer boxwood plants. This is often the way that they spread to new areas. Boxwood plants are popular ornamental bushes and many are shipped between various parts of the world. If one is infested with Box Tree Moth eggs, it can go unnoticed until the plant is already at its destination and the moths have spread.

Box Tree Moths are most dangerous for plants when they are larvae. They hatch from their eggs already located on their food source after the female adult moth lays eggs on the underside of the leaves. The larvae begin to feed.

There are around 70 species of boxwoods and the Box Tree Moth likes them all. They begin by eating just the leaves but eventually move onto the woodier stalk as they grow. The leaves die off as they are eaten. This eventually causes the entire plant to die.

The process of eating the leaves to the point where the plant can no longer survive is called defoliation. While small infestations can be treated and fixed, heavier infestations often result in defoliation and death of the host plant. Left untreated, Box Tree Moths will spread to nearby boxwoods as well until all of the available host plants have been consumed.

Prevention: How to Get Rid of Box Tree Moths

One important step to keep Box Tree Moths from becoming invasive in new areas is to keep the spread in check. The USDA recommends checking new plants for evidence of Box Tree Moth larvae or eggs. You can see the eggs on the underside of leaves. Larvae are visible, often eating. If a boxwood plant has dying leaves, make sure to do a thorough check for Box Wood Moth larvae.

Reporting infestations and sightings to the USDA is also important. This helps them track the spread of Box Tree Moths.

If you already have an infestation, insecticides are some of the best ways to treat and get rid of Box Tree Moths for good. Remember that these may cause damage to other plants or beneficial insects. We recommend consulting with a pest control expert before applying treatment to determine what course is best. As always, report your sightings to the USDA.

The introduction of traps can also keep adult male Black Tree Moths from impregnating females. These moths are lured to the traps by pheromones that only attract these specific moths. The females then lay sterile eggs and the spread is reduced.

Some bacteria can also cause paralysis and the death of young larvae. All of these treatment methods need to be repeated to be fully effective since multiple generations of larvae are in development at the same time.

These moths are not dangerous to people, pets, or most plants. They are very destructive to their host plants, boxwoods, however. Once a boxwood has been infested with Box Tree Moth larvae, it is likely to experience significant destruction. If left untreated, the plant will eventually die and the infestation can spread to nearby boxwoods.

Yes, Box Tree Moths are considered an invasive species in many areas outside of their native Asia. They are often spread while still eggs or larvae when their host plants, boxwoods, are shipped to new areas. Because of this, it is crucial to monitor boxwoods for infestation and report sightings to the USDA.

Can you treat a Box Tree Moth invasion?

Treatments for Box Tree Moths include manually removing the eggs or larvae, applying insecticide to the plant, introducing a bacteria to kill Box Tree Moth larvae, and setting pheromone traps for adult male Box Tree Moths. All of these treatment methods take multiple applications to be effective.

Adult Box Tree Moths are mostly recognized by their light-colored wings with a light brown band around the edges. Darker varieties are also seen. These are a medium brown color and solid. The larvae are green and black.

How do I get rid of Box Tree Moths?

How many eggs do adult female Box Tree Moths lay?

The female Box Tree Moth lays clutches of eggs, usually between 5 and 20. They form a gelatinous mass on the underside of boxwood leaves. This is one of the most recognizable stages of Box Tree Moths. It is also one of the best times to treat an infestation.