Dog ticks feed on dogs and other mammals 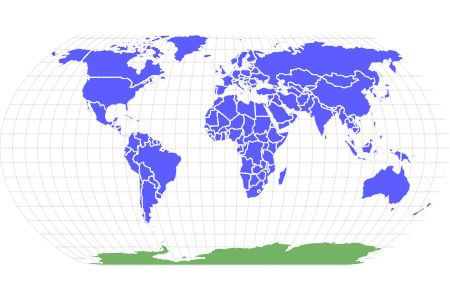 View all of our Dog Tick pictures in the gallery.

View all of the Dog Tick images!

“Dog ticks are made up of two species; the American dog tick, and the brown dog tick.”

When people say ‘dog tick’, they’re generally referring to the American dog tick, found throughout North America. But, there’s one additional type of dog tick: the brown dog tick. On top of this, there are even more species of tick known to prey on our canine companions. These include the deer tick, Rocky Mountain wood tick, and lone star tick. If you and your dog plan on doing any hiking or trail walking this summer, you should know what precautions to take, and what to do if you, or your dog, winds up with a tick.

Though American dog ticks are found outdoors in many regions of North America, brown dog ticks are actually found indoors. That’s right, not even your home is safe from ticks. Ticks feed exclusively on blood, and in doing so, they have the ability to spread blood-borne pathogens, like Rocky Mountain spotted fever, and, in some species, Lyme disease.

Read on to learn more about dog ticks, and what they may spread to you and your pets.

American dog ticks, otherwise known as Dermacentor variabilis, are found in many parts of North America. But they’re not the only type of dog tick out there; there’s also the brown dog tick, known scientifically as Rhipicephalus sanguineus. Ticks are members of the arachnid family; they’re closely related to mites, spiders, and scorpions. And, they’ve been around for a very long time, at least 100 million years. Today, there are around 900 species of tick living all over the globe, even in Antarctica.

Appearance: How to Identify Dog Ticks

All ticks have oval bodies designed to expand when they gorge themselves on blood. They also have eight legs and a head structure called a capitulum. American dog ticks have rounded abdomens; they’re red-brown with beige markings. Nymphs look like pale versions of the adults. In contrast, brown dog ticks have narrow, ovoid bodies; they’re all over brown, with pale brown nymphs.

Both types of dog ticks have specialized jaws called chelicerae, their only purpose is to cut a tiny hole in the skin of the host. Once there’s a hole, the tick uses a tube-shaped organ called a hypostome to anchor itself for feeding. The head and part of the abdomen are protected by a hard shield called a scutum. In female American dog ticks, the scutum is the only beige-colored part of the body.

As larvae, dog ticks only have six legs. Once the larvae molt and become nymphs, they gain the fourth set of legs. From then on they have eight legs, like their relatives, spiders. Each leg has seven segments and ends with a sharp claw. The claws are used to cling to hosts and crawl to a patch of skin suitable for feeding.

American dog ticks are a little larger than brown dog ticks. The two species look very similar when fully engorged; their abdomens expand up to six times their normal size when they’ve had a good meal.

Both American dog ticks and brown dog ticks are three-host ticks, meaning they take one host per life stage. Their lifecycle generally begins in the late spring, when masses of 2,000-5,000 eggs hatch and tick larvae emerge. As larvae, they’re so small that they can only feed on tiny creatures, like mice. After feeding, the larvae fall off the host and molt, or, shed their exoskeleton and emerge as nymphs.

Nymphs can feed on just about anything adults feed on. In brown dog ticks, which mainly live inside near dogs, this generally means canines. Nymphs aren’t sexually mature yet, they have to have one good feeding before that happens. This life stage can last anywhere from a few days to many months; ticks are capable of going more than a year without a meal.

With a second molt, the nymphs become adult ticks. If they’re male, then they’ll probably jump around between several hosts, looking for mates in the interim. If they’re female, then they’ll wait for the perfect host. When they find it, they stay attached for up to ten days, feeding until they become grotesquely enlarged.

Once the female’s full, she drops off and spends some time creating her massive egg clutch. This usually happens over the winter and early spring for the outdoor living American dog tick. Brown dog ticks, being a mainly indoor living species, can reproduce at any time of the year.

After 2-3 years, the tick dies. But not before spreading a new generation of ticks throughout the environment.

Habitat: Where to Find Dog Tick

American dog ticks have a wide range, but it’s nothing compared to the brown dog tick. Brown dog ticks live virtually everywhere humans, and their dogs, live. They’re an indoor species, so places like homes with dogs, kennels, and animal shelters create ideal living conditions for them.

American dog ticks, on the other hand, are strictly outdoors. They can be found throughout the eastern United States as well as along the Pacific coast as far north as Alaska. They’re not likely to be found in forests. Instead, they prefer shorter habitats filled with tall grass or scrub, or even young, second-growth forests.

Diet: What do Dog Ticks Eat?

Like the mythical vampire, ticks feast on blood. Unlike vampires though, victims often don’t even realize they’ve been bitten by a tick. Ticks release a numbing agent when they bite so they can feed in peace. American dog ticks feed on everything from mice and rats to deer, opossums, and raccoons. They’ll also make a meal of a human or a dog if the opportunity presents itself.

Brown dog ticks have a slightly different diet, they’ve evolved to prey almost exclusively on canines. Dogs are their first choice, but they won’t say no to other household pets, like cats, guinea pigs, or hamsters.

What Eats the Dog Tick?

When they’re small, the biggest threats to dog ticks come from mites and nematodes. As they get bigger, they become targets for creatures like mice, rats, amphibians, lizards, and even birds. Opossums in particular will gulp down any tick they find on their bodies; they’re strict groomers, with little tolerance for parasites.

If you’ve found a dog tick on you or your dog, you may be worried about Lyme disease. But, the good news is that dog ticks are not known to spread Lyme disease. Deer ticks, on the other hand, are the biggest vector of the disease in North America.

Prevention and Extermination: How to Get Rid of Dog Ticks

The best way to avoid American dog ticks is to take precautions when hiking outdoors in the summer months. Wear long sleeves, long pants, and long socks—and be sure to check your canine companions for ticks after every hike.

If you find brown dog ticks in your home, dog crate, or kennel, you’ll need to deep clean everything. This should include thorough vacuuming and washing of all bedding that comes into contact with your dog. Be sure to wash your dog too, and consider buying a tick prevention collar.

If you do find a tick embedded in you, your friend or your dog, you need to remove it as soon as possible. This can be done using tweezers or a tick removal tool. Firmly grasp the tick at the point of contact with the skin, then slowly pull back, until the tick releases. Clean the area with alcohol or soapy water. Then, monitor the victim for several days for the onset of fever, headache, muscle aches, or rash. If any of those symptoms develop, seek medical advice.