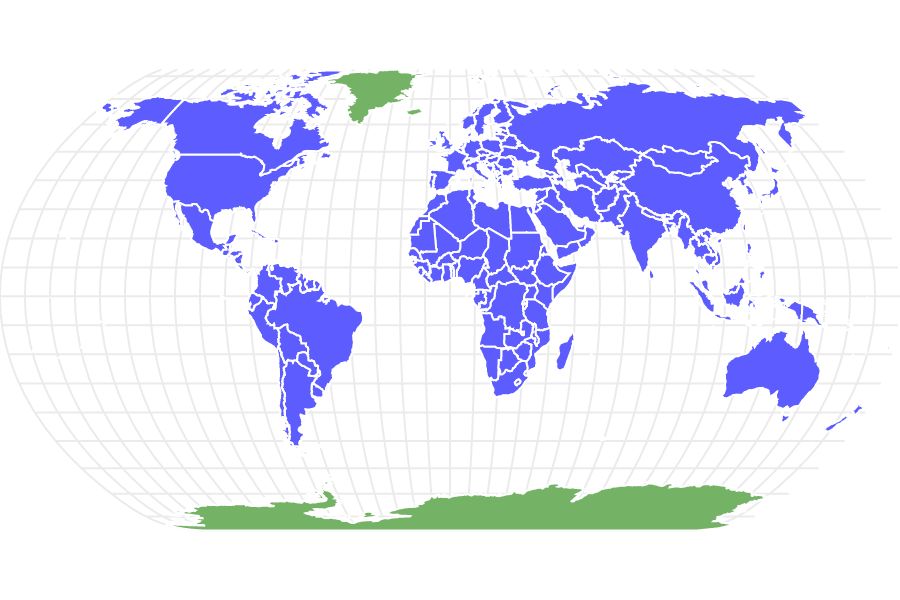 View all of our Gnat pictures in the gallery.

View all of the Gnat images!

The term gnat generally refers to a group of small flies that bite and annoy humans (although it can also include some non-biting insects as well). It’s difficult to give a precise scientific definition of a gnat because it’s more of a loose casual term rather than a taxonomical one. They don’t all fit neatly into a single genus or family. With that said, there are a few things that unite all of them together. This article will cover some interesting facts about the habitat, diet, life cycle, and appearance of this small insect.

As mentioned in the introduction, the gnat isn’t a taxonomical classification but rather a very loose informal group. There are multiple families that people generally refer to as gnats, including the wood gnats (Anisopodidae) and the fungus gnats (Mycetophilidae and Keroplatidae). Some scientists also include black flies and midges in the definition as well. All of these families belong to the sub-order of Nematocera. A sub-order is a classification below order but above family. Mosquitoes and crane flies are also part of the same sub-order but not considered to be gnats. They are all part of the fly order Diptera.

Appearance: How to Identify Gnats

Gnats are generally small, long-legged insects with single pairs of wings. Featuring a small head, bulbous thorax, and long abdomen, normally with black or brown colors, their bodies tend to be quite slender compared to a standard fly, almost like a mosquito. Most species measure no more than an inch long, and some are only a fraction of an inch. Biting species have tough mouthparts to pierce the skin, while non-biting species have softer mouthparts. In contrast to the adult form, the larva has a long worm-like body and no wings at all.

Fruit flies are small-bodied members of the fly order that feed on decomposing fruits and vegetables. They tend to breed quite prolifically in meat, spilled soda, or alcohol. They look much more like a typical house fly than anything else. While some websites list them as a type of gnat, this is probably not quite right, because they are part of different groups. Nevertheless, both can be annoying pests in the home.

Habitat: Where to Find Gnats

These insects are found in just about every ecosystem around the world except for the extreme north and south. They tend to live near water or wet soil, although some do not.

Diet: What Do Gnats Eat?

Depending on whether they’re biting or non-biting gnats, they can feed on a wide variety of different foods. Many species are either herbivores or omnivores.

What eats the gnat?

Gnats are preyed upon by all kinds of different animals, including frogs, reptiles, small mammals, birds, fish, spiders, and other insects. They have few defenses against predators except for their flying ability, but they are not often strong flyers.

What does the gnat eat?

Most gnats generally feed upon plant material, including fruits, stems, and leaves, as well as other small bits of organic matter and even sometimes meat, but some species or groups are specialized for specific types of foods. Fungus gnats consume mushrooms and other fungi. Eye gnats, while generally harmless, are attracted to the fluids secreted by the eye. Biting gnats will generally draw blood from animals, giving them enough nutrients to create eggs, but otherwise, they feed on plants too when not tending to the young. There are all sorts of interesting facts about their feeding behavior.

Prevention: How to Get Rid of Gnats

Depending on the species, gnats are generally considered to be an annoyance to people. Some of them bite the skin and draw blood; others will consume crops or lay their eggs near plants. Gnats are also generally attracted to moisture and organic matter, so if you’re not careful, they can easily get into the garbage or the home. At their worst, biting gnats can transmit parasites and diseases to people. While some species are benign, an infestation is something you should generally take seriously.

In order to get rid of them, there are a few steps you should take. You will need to eliminate or reduce sources of standing water around your yard and home. Dispose of any rotting or decomposing food immediately and keep the trash bin away from the home. Repair any holes in your door or window to prevent them from entering. Some gnats are also attracted to light in the evening, so keep the lights off to prevent them from gathering around your home. Finally, you should regularly clean bathrooms, kitchens, and other areas with lots of moisture. If gnats still persist in your home or property, then you might want to consider using some kind of pesticide or spray to control populations. All of these strategies may need to be pursued simultaneously to ensure maximum prevention.

What is a gnat?

The gnat is a small flying insect in the order of Diptera (the fly order). While it doesn’t have a clear scientific definition, this insect can be identified by certain physical characteristics.

What is the pronunciation of the name?

Biting gnats can cause pain, itching, and swelling at the location of the bite. They can also rarely transmit diseases. Non-biting gnats are almost completely harmless to people, but some species do attack or disrupt crops.

How many legs does the gnat have?

Like all insects, the gnat has six legs. The legs are generally quite long and slender.

How do you get rid of gnats?

The best means of prevention is to remove or clean any old food and stagnant water or moisture from your home. Chemical treatments, sprays, or traps can also kill any bugs that are already in your home. Check to make sure the chemicals in the spray are designed to kill these insects.

How do I make a gnat trap?

Many experts recommend placing about two tablespoons of apple cider vinegar, a tablespoon of sugar, and some dish soap in a small bowl filled with half a cup of water. This should attract and then trap the insect in the bowl.

It generally looks like a small, slender fly. It has long legs, a small head, two wings, and an otherwise thin body.

The eggs look very different depending on the species, but they tend to be small and yellow or white-colored.

When is gnat season over?

What are gnats attracted to?

Some species are attracted to lots of moisture and rotting fruits and vegetables. Biting species can generally sense people through body heat and carbon dioxide.

Why are gnats so annoying?

Some species will bite people and draw blood. Many of them also destroy crops and plants.

Do gnats fly in the dark?

Gnats are generally attracted to light, but yes, they can fly in the dark.