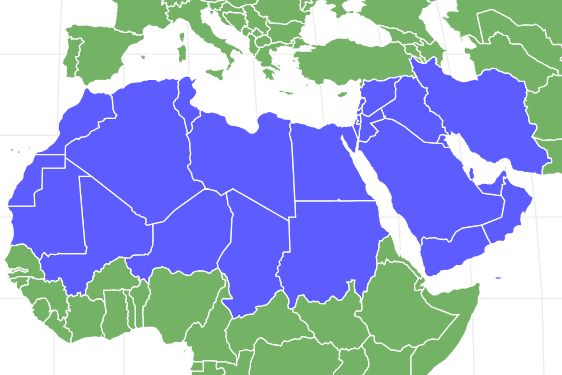 View all of our Horned Viper pictures in the gallery.

View all of the Horned Viper images!

The horned viper is also known as the horned sand viper and a desert horned viper. The term “horned” is applied because of scales above the eyes and nose. The features help protect the eyes from sand.

The snake has a unique locomotive nature. It’s a sidewinder, which means it travels in a sideways manner. If threatened, the reptile emits a rattling sound. It’s the first line of defense as the viper cannot hiss.

Like all vipers, the snake’s bite can be dangerous. Its venom effects include, among other things, creating blood clots and straining the heart. In a rare case, humans have ended up as fatalities resulting from this snake’s venom.

What follows is a comprehensive look at these predators, identification features, their habitat, prey, and more.

Here are six incredible and interesting things about the horned sand viper.

Where to Find the Horned Viper

Primarily snaking along locations in the Middle East and North African deserts, this snake is typically distributed across southwestern Israel and southwestern Arabia. It also frequents the Sahara Desert. The range goes southward to Mali, Niger, Sudan, Chad, and Mauritania.

The reptile prefers sandy deserts and rocky hills. They like wadis, a ravine, valley, or channel that is extremely dry outside of the region’s rainy season.

Records are rare, but there are reports of the reptile in a region of the Sahara called the Sahel. You may find them in dunes and, on the rare occasion, on grave plains and rock pavements. The horned viper, though a solitary creature, has among its adaptations coexisting with the Arabian horned viper in eastern Sinai.

There are two species of horned viper. The horned viper and the Sahara viper. Both are usually referred to as simply sand vipers. Both species are small in size, growing to only about two feet.

Cerastes cerastes is a venomous reptile native to the Middle East and North Africa. They inhabit stony deserts and semi-arid ecosystems.

Outside of the two recognized species (the Sahara sand viper and the Arabian horned viper), there are no subspecies of the horned viper on record.

The IUCN has not assessed the horned viper. Apparently, the species isn’t considered at risk, especially as its adaptations include inhabiting and surviving some of the plant’s harshest ecosystems. In other words, its population numbers remain stable.

Like many reptiles, over-collection (in this case, for venom extraction), habitat destruction, and the introduction of invasive species into the population are harming the horned viper.

How to Identify the Horned Viper: Appearance and Description

Vipers can reach up to 33 inches, but the facts are their average size is between 12 and 24 inches. They have a robust frame with a thick mid-body, tapering tail, and a narrow neck. Females have smaller heads and eyes and tend to be larger in size.

The lifespan of this creature is up to 18 years.

How to Identify a Horned Viper

The venom of this snake isn’t as toxic as other snakes but there is the rare fatality from the bite. The toxicity is also influenced by the location. The horned viper works with hinged hollow fangs. They unfold into a bite position as the reptile’s mouth opens. That allows the animal to effectively deliver its venom.

The venom has 13 toxins and the composition varies by location and the viper’s range. One powerful blend quickly results in hemorrhagic aftereffects.

Bites can cause the following:

For its diet, this snake chomps on lizards mainly but doesn’t have a problem with eating the occasional mammal (like rodents) or birds.

The vipers are ambush predators. The creatures hide in the sand near rocks or under vegetation. When prey comes along, the reptiles strike with scary speed, taking a bite and holding it while the venom effects take place.

While humans do keep these snakes as pets, it’s wisely advised we keep our distance. The creatures are predators and unpredictable. They are of the wild and aren’t meant to be a captive species. Capable of living in harsh conditions, their adaptations do not include enclosures and handling.

Is a Horned Viper Venomous?

Yes. The facts are all vipers are toxic and poisonous. The impact of the bite can vary, going from pain to blood clotting and even to death.

What Eats a Horned Viper?

Predators of the horned viper include honey badgers, Nile monitors and various feral wild cats. When threatened, the viper curls and produces rasping sounds by rubbing its keeled scales together.

Why Does the Horned Viper Have Horns?

The horns protect the eyes from the harsh conditions of its environment, especially blown sand.

What does the horned viper eat?

The horned viper’s diet comes from creatures that also survive in arid conditions. That includes pretty much any lizard it can find. The reptile also enjoys small desert mammals and birds that might slip into its hunting grounds.

How Poisonous Is a Horned Viper?

Venom effects from a horned viper bite can be serious. Human victims have seen a range of harm, including the development of extensive swelling and systemic envenoming (spontaneous bleeding, hypovolaemic shock, neurotoxicity, muscle damage, incoagulable blood).

What is a spider-tailed horned viper?

The spider-tailed horned viper is of the P. urarachnoides species and is local to western Iran. It has a tail that resembles a spider and uses the appendage to lure prey in. The spider-tailed viper comes in mostly muted colors that make hiding easy.

What Is the Lifespan of a Horned Viper?

The typical lifespan of the poisonous horned vipers is between 14 and 18 years.